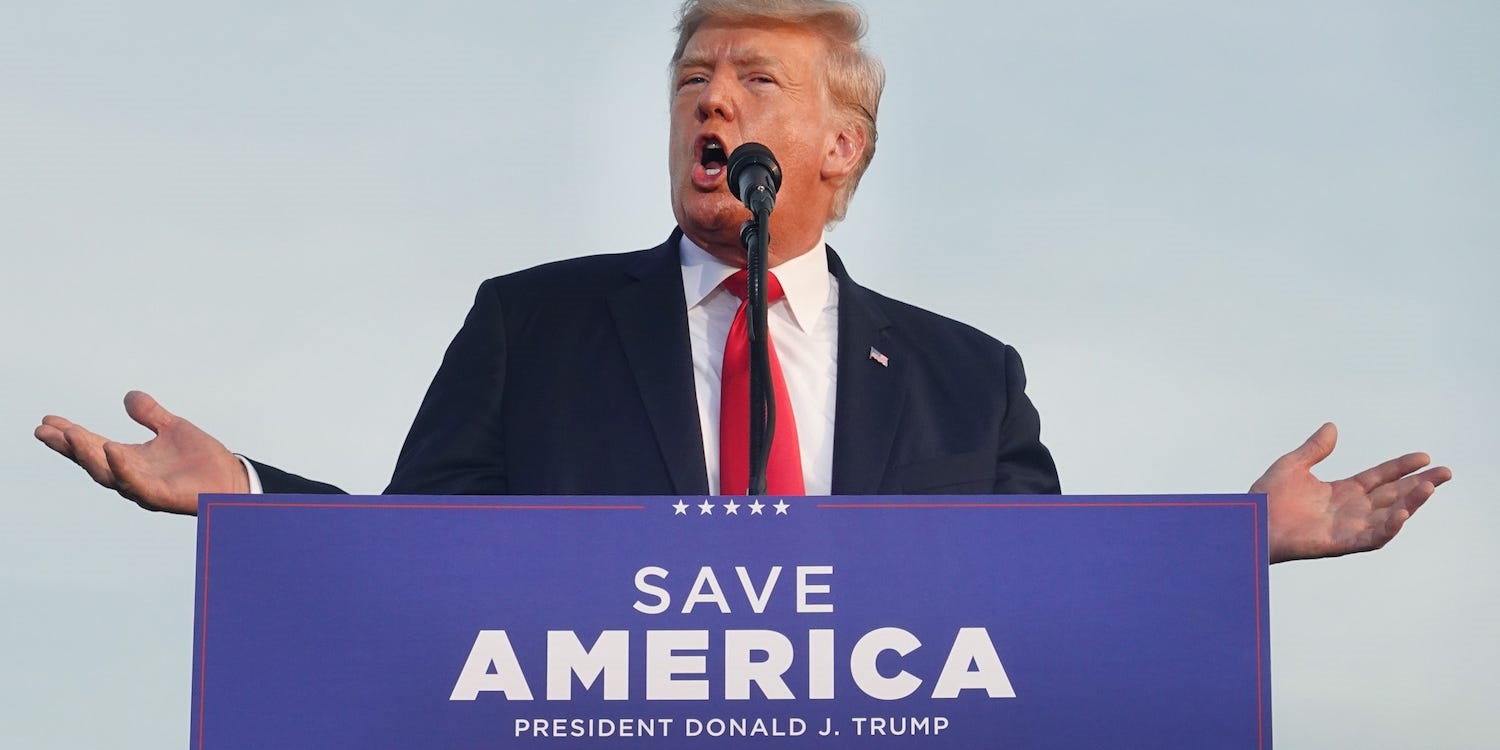 Former President Donald Trump speaks to supporters during a rally at the Lorain County Fairgrounds in Wellington, Ohio, on on June 26, 2021.
Scott Olson/Getty Images

The former president accused the country's "weak and ineffective" military of becoming more concerned about being politically correct than they are about "fighting their enemies," the Telegraph reported.

"The Biden administration issued new rules pushing twisted critical race theory … into our military," Trump said, according to the Telegraph. "Our generals and our admirals are now focused more on this nonsense than they are on our enemies."

Read more: How Trump could use his relationship with Putin and Russia to skirt prosecution back in the USA

"You see these generals lately on television? They are woke," he continued. "Our military will be incapable of fighting and incapable of taking orders."

Trump's comments come in the same week the chairman of the joint chiefs of staff, Gen Mark Milley, defended the study of critical race theory in the military, saying he wanted to "understand white rage," the Guardian reported.

"I personally find it offensive that we are accusing the United States military … of being 'woke' or something else because we're studying some theories that are out there," Miley told the House armed service committee on Thursday, according to the Guardian. During the remarks, was joined by the defense secretary, Lloyd Austin.

Critical race theory is an academic field that seeks to understand systemic racial prejudice and combat it.

In recent weeks, it has become a lightning-rod issue for some conservatives, who claim that it is divisive and presents a distorted picture of American history.

Trump made an appearance at Saturday night's rally to show support for Max Miller, his former aide who is now challenging Republican incumbent Anthony Gonzalez in Ohio's 16th congressional district.

He also used the opportunity to bash President Joe Biden's immigration policies, hint at his 2024 presidential run, and to (once more) criticise the Supreme Court for not supporting his claims of election fraud.