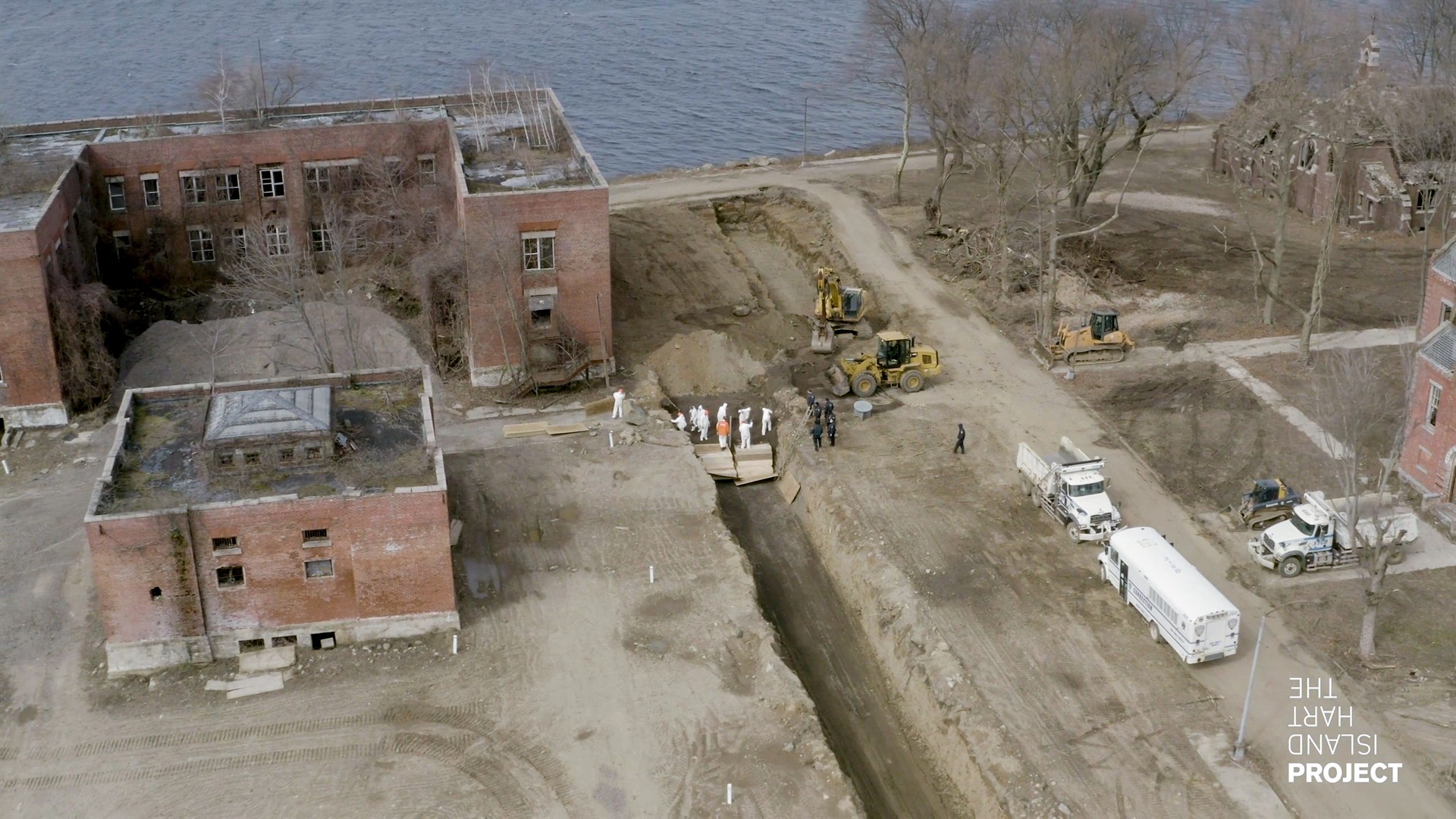 As novel coronavirus infections peak in New York City, its morgues are quickly running out of room, exceeding their already vastly expanded capacity.

The city's Office of the Chief Medical Examiner quietly posted a significant but subtle policy change to its website: Instead of holding some bodies in refrigerated city storage for 30 days until they are claimed by families, the city will now hold them for less than half that time.

On Thursday, OCME's site noted decedents who are not claimed by a funeral home within two weeks days would be sent to the Bronx's Hart Island, where a mass graveyard called City Cemetery contains more than 1 million unclaimed bodies - the largest such site in the United States.

See also: No kissing the dead: SA now has rules on how to handle Covid-19 mortal remains

"As we aim to accommodate the many New Yorkers who have been impacted by the COVID-19 pandemic, the New York City Office of Chief Medical Examiner (OCME) will provide temporary storage of a decedent for up to 14 days," the office said on its website. "If a decedent has not been claimed within 14 days, the decedent will be transferred for temporary interment at City Cemetery."

Those who are interred can either be removed by family members or left at rest at no cost, the site added.

An average of 245 people have died each day within the city's five boroughs from Cocid-19, or roughly one person every six minutes. The number is likely even higher, though, since the official count does not include "probable" deaths from the pandemic; as many as 200 more per day may be dying from the coronavirus, according to Gothamist.

"I don't know how many more bodies I can take," Patrick Marmo, a funeral home operator based on Brooklyn, previously told Business Insider. He added: "No one in the New York City area possibly has enough equipment to care for human remains of this magnitude."

Aja Worthy-Davis, a spokesperson for OCME, directed Business Insider to the website in response to an inquiry about the policy change, but did not immediately answer further queries or questions - including whether "claiming" a body requires physical removal within the stipulated time, or just claiming online via an existing system.

Worthy-Davis told Business Insider on Monday that "we currently have adequate space for decedents." She noted that the city has built tent facilities and parked more than 80 refrigerated trucks and trailers near hospitals to accommodate about 3,600 bodies in refrigerated storage - a vast expansion of typical storage for 900 bodies. As of Monday, she said, the city had not changed the timeline in which families had to claim bodies.

A day later, however, both situations had changed.

Business Insider learned of the policy shift from two New York-licensed funeral directors whose identities are known to us but who asked not to be named for fear of retaliation from city or state authorities.

The city originally shrunk its unclaimed body-holding window form 30 days to six days on Tuesday. However, following the original publication of this story on Wednesday, officials on Thursday bumped up the number to 14 days of storage, according to a memo sent to Business Insider via one of the unnamed funeral directors.

"Given the current status of the COVID-19 crisis, the ... [OCME] acknowledges the significant impacts of the pandemic to the funeral industry which may in turn further impact families who have lost a loved one, whose body may be in our custody," Dr. Jason Graham, the city's first deputy chief medical examiner, wrote in a memo sent to industry businesses and associations on Thursday afternoon. "The OCME will provide decedent storage for families for an extended courtesy period of up to 14 days from the day OCME takes custody of the body."

'They're not supporting us'

OCME held a conference call with funeral directors on Tuesday afternoon to go over the changes and answer questions, the two people familiar with the matter said.

According to notes taken by a person on the call and reviewed by Business Insider, OCME also said the city's funeral industry would have to pay for its own temporary storage, despite requests from funeral directors for trucks similar to those at hospitals. Moreover, the office recommended that funeral directors store embalmed bodies (which do not decay as readily) for several weeks to accommodate an immediate need to deal with surging fatalities.

Hospitals can now also determine time limits for their temporary morgue storage - perhaps shorter than OCME's six-day limit prior to interment on Hart Island - according to the meeting notes.

One funeral director said these changes will strain an already overburdened "deathcare" industry, which conveys the bodies of deceased relatives to a final resting place. That system in New York is struggling to find proper storage to accommodate families' requests, and its workers are putting in gruelling hours (at significant risk of exposure) to handle the remains of those killed by Covid-19.

"It makes it look like it's our fault when it's not our fault. It's the city's fault for not helping us," the person said of OCME's policy change. "They're not supporting us."

The funeral director also explained that the process of disinterring remains from Hart Island is complex. Bodies buried there are cataloged in an online database so their location is precisely known, as are their names and other identifying records, to the extent such information is known.

But it's not easy for families to claim human remains on Hart Island. To retrieve them, the person said, "they get prisoners to dig the body up, they put it in a special holding cell, then you have to take a special ferry, which only accommodates one funeral director at a time."

If hundreds or even thousands of bodies are buried there in the coming weeks, families might have to wait until long after the pandemic subsides to claim and move loved ones to a final resting place.

"It's going to take years to get bodies off of Hart Island at that rate," the funeral director said.

For those reasons, the person suggested it'd be preferable to temporarily inter bodies in public parks if the city's refrigerated storage runs out. Such a plan was outlined in a 2016 contingency plan by OCME for a surge in city fatalities.

Mark Levine, the chair of the New York city council health committee, said via Twitter on Monday that this scenario was about to happen, but he later walked back the notion.

"I have spoken to many folks in City gov't today, and received unequivocal assurance that there will be *no* burials in NYC Parks," Levine later tweeted. "All have stated clearly that if temporary interment should be needed it will be done on Hart Island."

A nonprofit called the Hart Island Project recorded drone footage of a mass burial at City Cemetery on April 2. While such mass burials occur on a weekly basis, the unnamed funeral director who's familiar with Hart Island disinterring process indicated it was highly unusual to see a large, roughly 200-foot-long trench dug in anticipation of many bodies that the city expects to arrive - presumably as a result of the pandemic.