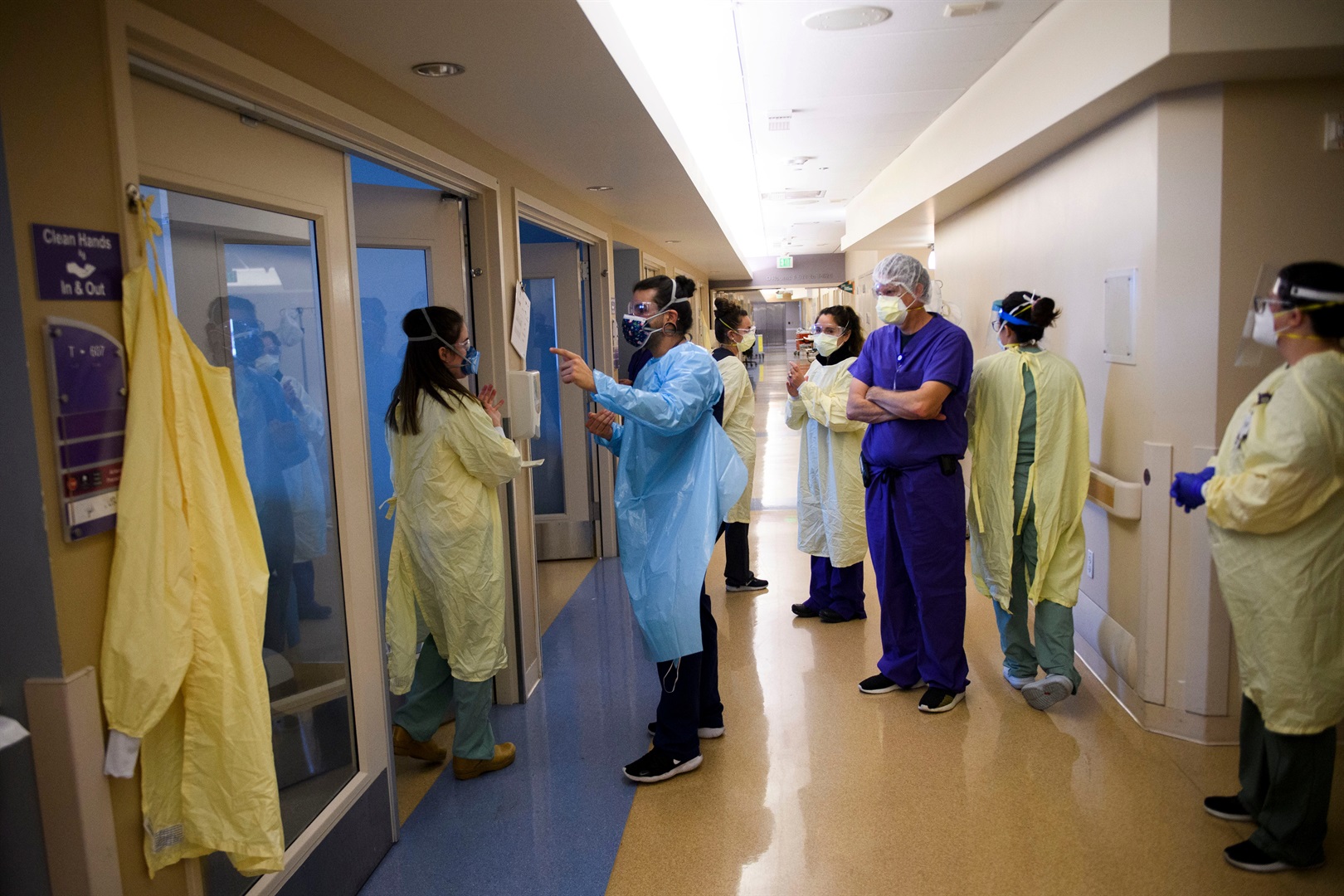 An Ohio nurse and mother of seven took every precaution to protect herself from Covid-19, but still caught the virus and died last month, shortly after giving birth.

Tawauna Averette, 42, died on December 8. She had been in the hospital for more than a month battling Covid-19.  While Averette was exposed to additional risk because of her job, friends say that she made every effort to keep herself safe.

"If there was anyone who followed every rule, it was her," family friend Kellye Albes-Fisher told WHIO-TV7.

Averette first came down with symptoms in the fall. As they got worse, she checked into the hospital, where doctors decided they needed to deliver her youngest daughter, Skye, via cesarean section.

"(Nurses) took the baby out of the room - that was it. She never got to bond, hold [Skye], anything," Albes-Fishes told WHIO.

Averette posted on her Facebook from the hospital, talking about the heartbreak that she felt being away from Skye and her other children.

"Ya'll don't understand what it means to not hug and kiss your kids until you can't," she posted on November 6, according to WHIO.

A week later, it looked like Averette's health was improving, so much that doctors decided to take her off a ventilator.

However, Averette never recovered, and was never able to hold her youngest daughter, who is now a month old.

Averette was one of more than 2,500 Americans who died of the coronavirus on December 8 alone, and one of at least 1,500 nurses globally who have died of the virus, although that is thought to be an underestimate.

People of colour, including Black, Latinx and indigenous populations, are dying of Covid-19 at nearly double the rate (1.8 times) that white Americans die from the disease. Black Americans are the group most at risk for Covid-19 deaths, making up 18% of deaths nationwide, despite the fact that they make up less than 14% of the population.

Averette had another risk factor as well: her pregnancy. The CDC has warned that pregnant people are more likely to have a severe case if they contract the coronavirus.

Now, Averette's family is adjusting to a future without her.

"She is leaving behind 7 wonderful children for whom she was their everything," the family wrote in a GoFundMe.