North Korea has a massive air force that outnumbers the South Korean and US jets it's meant to counter mostly with Russian-made fighters and bombers, but in reality the force is basically a joke.

According to a new International Institute for Strategic Studies report on North Korea's conventional military, the air force has 110,000 officers and enlisted personnel taking care of approximately 1,650 aircraft. That force includes about 820 combat aircraft, 30 reconnaissance aircraft, and 330 transport aircraft.

"During wartime, the force likely has the capability to conduct a limited, short-term strategic and tactical bombing offensive, and to launch a surprise attack," IISS assesses.

Because the jets are spread out across a wide swath of the country, North Korea can "conduct strike missions against command and-control facilities, air-defence assets and industrial facilities without rearranging or relocating its aircraft", the report says. 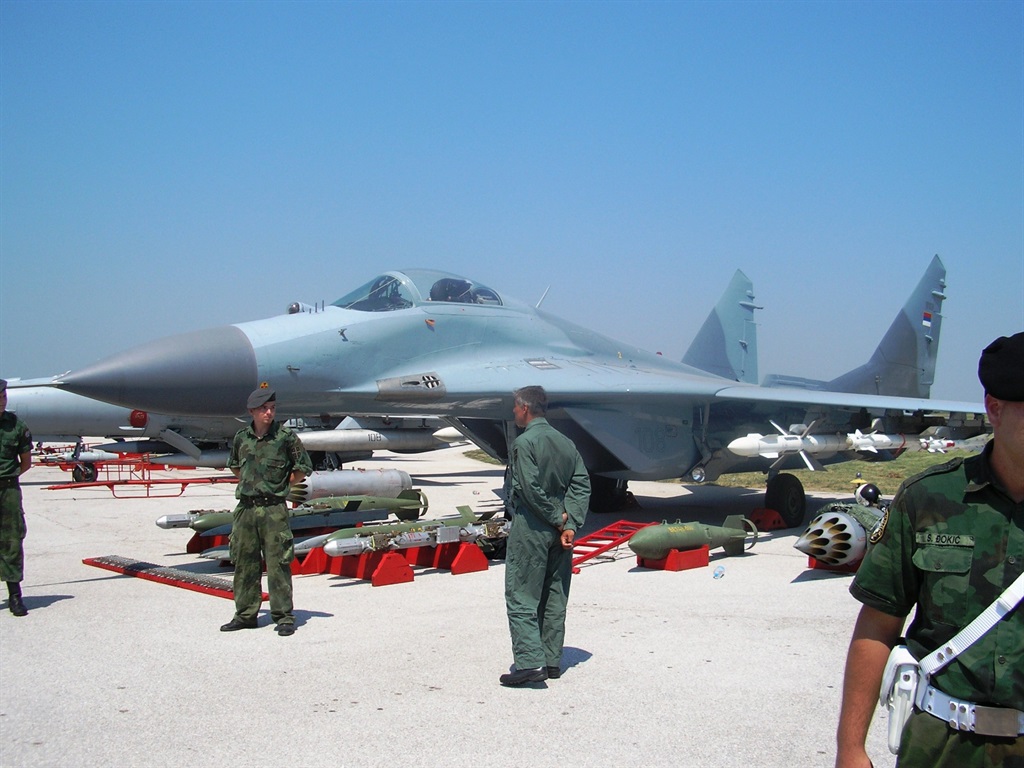 A MiG-29 of the Serbian Air Force and Air Defence.
Srdan Popovic via Wikimedia Commons

But all of those planes are from the 1980s, and IISS says they can't hang in today's electronic warfare, or jamming environment.

This is something the US would be sure to exploit, as almost all of its jets have jamming capability, and it can even sail in specialty electronic warfare planes on an aircraft carrier.

Additionally, the US and South Korea's ability to monitor the planes via satellite and recon drones severely blunts any surprise attacks they could pull off.

Even worse than old planes and transparent operations, however, could be North Korea's lack of training. Because North Korea relies on China for almost all of its jet fuel, and that item has long been under sanction, they have to preserve the precious little fuel they do have.

A video in 2015 showed North Korean pilots walking around with toy planes in front of Kim Jong Un, who observed their training. Another shot shows the pilots at flight simulators, a tool commonly used by air forces around the world.

For this reason, North Korea relies heavily on building hardened, bomb-resistant ground structures for its jets and using surface to air missiles to fight any prospective air wars.

North Korea's air force actually has modest capability impressive for a country of its size and income, but the fact that it explicitly hopes to contend with South Korea and US jets makes it a joke.