2019 is the year of the triple camera on smartphones, with the Samsung Galaxy S10, Huawei P20 Pro all boasting a three-camera array.

HMD Global, the company that now owns the Nokia brand, has now unveiled the Nokia 9 PureView, an expensive, sleek smartphone with a crazy five rear cameras.

The five cameras are laid out in a pentagonal arrangement on the rear of the phone and, impressively, don't seem to add any ugly bulk to the phone. The back of the phone is completely flat, and the device comes in at 8mm thickness. That compares to 7.7mm for the iPhone XS, and 7.8mm for the Samsung Galaxy S10. The Nokia 9 PureView is 8mm thick, despite its five lenses.
Shona Ghosh/Business Insider

Nokia fans might remember 2012's 808 PureView, another enthusiasts' device that introduced the 48-megapixel camera. The new PureView, HMD exec Neil Broadley said at a preview briefing of the device in London, was about reviving that innovative spirit.

HMD is pushing what it calls "computational imaging", with the five sensors all working together simultaneously as a system, rather than switching between different cameras.

The demo shots we saw at HMD's preview of the Nokia 9 PureView were pretty astonishing, capturing multiple layers in a shot. We didn't get much hands-on time with the device, but it certainly feels like a high-end phone. 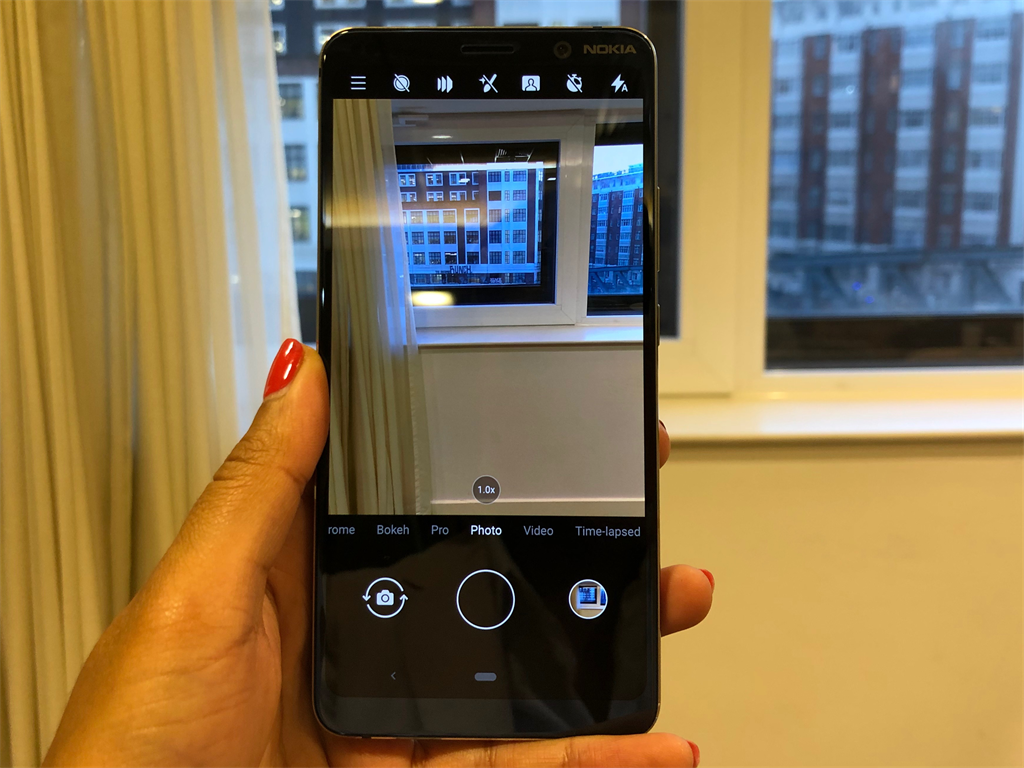 The phone starts at $699 (around R10,000) n the US and is targeted at "early adopters", HMD said. Photos are saved directly to Google Photos, rather than a separate Nokia gallery, and users can use Google's editing tools to play around with shots

The phone also captures images in a RAW format, meaning the device keeps all the unprocessed data from the PureView's sensors. Nokia has partnered Adobe Lightroom, meaning you can edit those unprocessed shots on the device.

The phone itself comprises a sleek-feeling aluminium chassis with Gorilla Glass 5 on the front and back. It comes with wireless charging, an underscreen fingerprint sensor, and face recognition. It comes with a POLED screen, 65GB of RAM. It comes in a midnight blue colour, and runs on Qualcomm's Snapdragon 825 processor.