The death of a teen Dutch rape victim put the spotlight on euthanasia in Europe, where some countries allow children to be euthanised The death of a Dutch 17-year-old, which was widely misreported as a case of legal euthanasia, has put the spotlight on European countries where children can request a physician-assisted death.

Noa Pothoven, who struggled with post-traumatic stress disorder and anorexia after being raped, died on Wednesday after she stopped eating and drinking.

Read more: A 17-year-old Dutch rape victim who documented her trauma on Instagram starved herself to death after her parents and the government agreed not to intervene

Though international media reported that Pothoven was euthanised, her friends said in a statement that this was not the case. An end-of-life clinic in The Hague had previously refused Pothoven's request because she was too young, the teenager had told local media.

The Netherlands is one of two countries in the world, along with Belgium, where minors can request that a doctor terminate their lives. Euthanasia is also legal in Luxembourg, though only for adults.

Here is a rundown of European countries' euthanasia laws.

The Netherlands: Legal from age 12, in extreme cases

The Netherlands was the first in the world to legalise euthanasia in 2002. Dutch physicians are allowed to give certain patients over 12 years of age a lethal dose drugs at their request.

For doctors not to get prosecuted, they have to be convinced that the patient's request is voluntary, and that their "suffering is unbearable and without prospect of improvement". Since the euthanasia law was enforced more than a decade ago, 11 minors had their requests accepted. They need the backing of their legal guardian until they are 16.

Belgium: Legal for children in "hopeless" agony, however young

Belgium legalised euthanasia for adults a few months after the Netherlands. In 2014, it also started allowing minors - including children under 12 - to request an assisted death. The youngest to die this way was nine.

The request is granted if the minors are in a "hopeless medical situation of constant and unbearable suffering that cannot be eased and which will cause death in the short term". A picture taken 18 April 2005 in Brussels shows an "euthanasia kit" available in the 250 Belgian Multipharma's chemist shops for the general practitioners who want to practise euthanasias at the patients' homes.
ETIENNE ANSOTTE/AFP/Getty Images

Last year, 2357 people in Belgium died from euthanasia, according to government data. Like in the Netherlands, the majority were older patients - less than 2% were under 40.

Another report by the Belgium's federal euthanasia commission shows that three minors were euthanised since the procedure became legal for all ages.

The oldest patient was 17 years old. But the others were 11 and 9, making them the first children under 12 to die from legal euthanasia in the world.

These were the minors' conditions in no particular order: Muscular dystrophy, cystic fibrosis, and glioblastoma, an aggressive cancer that starts in the brain.

Luxembourg: Legal, but only for adults

The tiny Western European nation made euthanasia legal for adults in 2009. Since then, 71 people have died with the procedure. 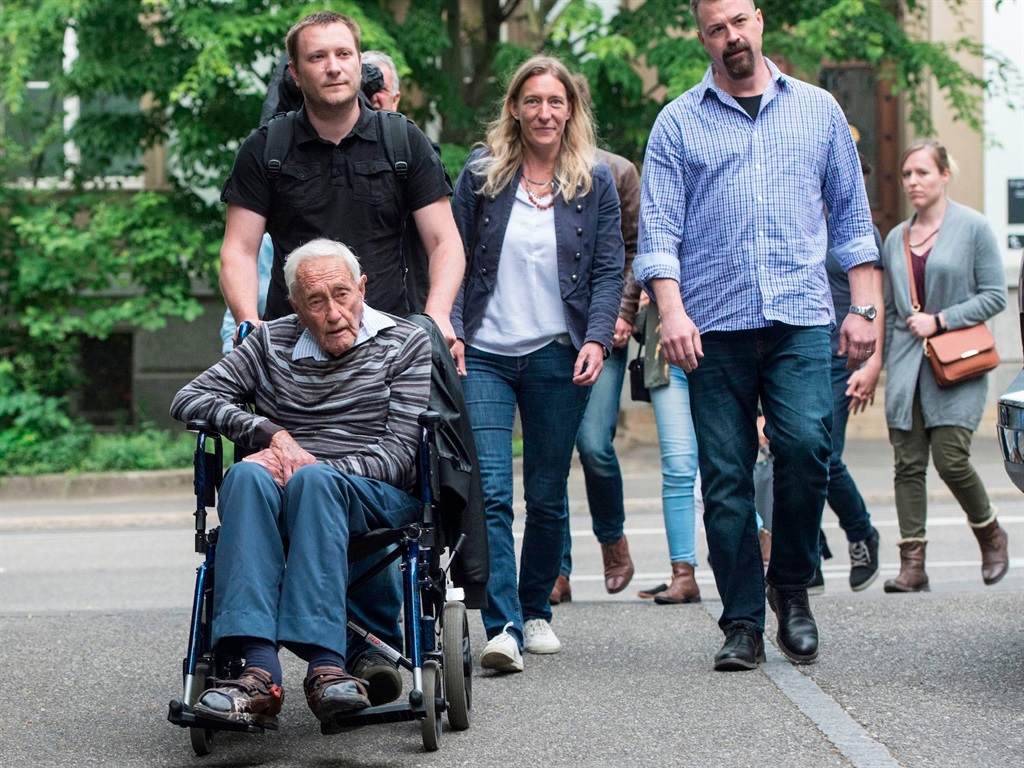 Australian scientist David Goodall, who was 104, traveled to Switzerland for an assisted suicide.
SEBASTIEN BOZON/AFP/Getty Images

While euthanasia is illegal in Switzerland, the country allows physician-assisted suicide. It has become known as a place where people unable to end their lives in their own country can go to die.

In assisted suicides, the doctor gives the patient the fatal drug, but the patient must administer it alone.

Switzerland's assisted suicide organisations, which have been operating since the early 1980s, are also the only ones to accept foreign patients. Critics have attacked the clinics from profiting from what they call "suicide tourism".