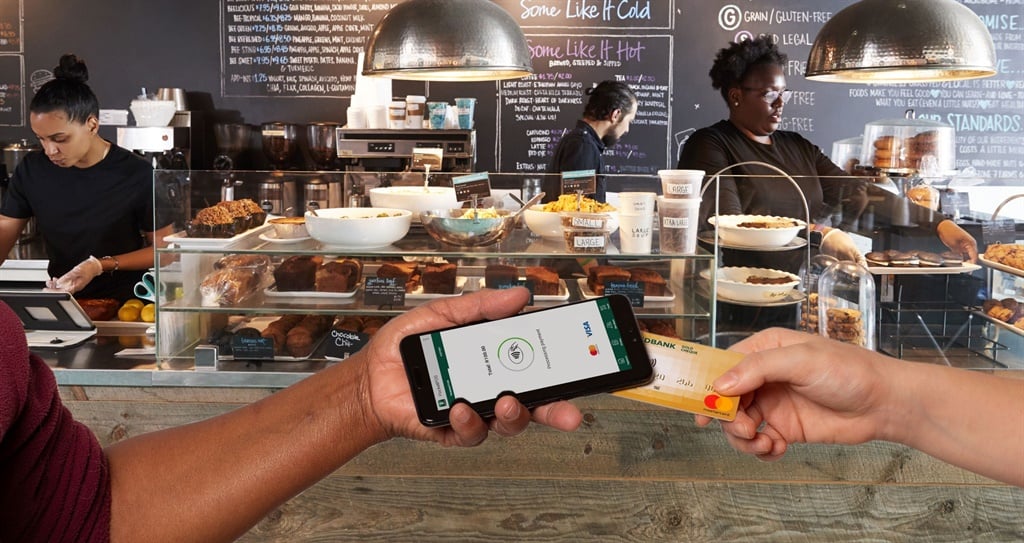 Nedbank is now letting businesses accept payment by a tap to a phone – no card reader and no special hardware required.

“Let’s say you’re at a hairdresser, and they charge you R80 for a haircut. To pay, all they do is launch an app on their phone, and enter R80,” says Chipo Mushwana, Nedbank Divisional Executive for Emerging Payments. “You just tap your card to the back of their phone, and the payment is done.”

The bank is aiming the technology at small businesses and micro merchants. Getting a card reader or point-of-sale device can be a big hurdle for small entrepreneurs. Not only do you have to pay for the physical device cost, you also need to sort out a data connection.

Nedbank says the transaction processing fee – the small cut card companies take on every purchase – will also be less expensive than on card readers or card machines.

The company has not announced the fee yet.

By way of comparison, Chipo says card readers can be rented through Nedbank for about R500 per month. Buying the device outright costs between R1,000 and R1,500. The average transaction fee is 2.75%.

A Yoco device – designed to make card payments more accessible to smaller businesses – is a bit cheaper. The company is currently running a special on a Yoco Go device for R499. A beefier Yoco Pro device costs R999. In both cases you're buying the device outright, although the company also takes a transaction fee, capped at 2.95%.

To substitute a phone for a card reader, you’ll need the app, which is free. You’ll also need an Android phone which is NFC-enabled. (Most phones do; NFC, or near-field-communication is a relatively old technology that is included as standard on a lot of smartphones.)

The customer needs a contactless payment card too. Nedbank says those are now the de-facto standard in South Africa.

Because all that's needed is a smartphone it “makes the functionality especially valuable for SMMEs, and informal traders that could not previously accept debit and credit card payments,” says Nedbank.

However, there are security concerns. What happens, for instance, if someone enters an amount on the app and then brushes it against your pocket?

According to Nedbank, “users are not able to unknowingly make a contactless payment if they simply walk past a card reader. The cashier must first enter the purchase amount for approval and the card must be within 1 cm of the card reader to authorise the payment.”

“The mechanism is safe, provided that consumers follow the same level of safety precautions used with other methods of payment, i.e. keep their card safe and PIN secret,” said the bank.

The company is currently piloting the technology with a selection of Nedbank clients, but it will roll out the technology more widely during the second half of the year.