Nivea advertising for its Clear Up range promising a pimple free face in seven days.

Skincare brand Nivea must pull claims that its new acne scrub and cleanser can get rid of pimples in one week after its rival L’Oréal took it to South Africa’s advertising watchdog.

In a fresh ruling by the Advertising Regulatory Board (ARB), Beiersdorf South Africa, which makes Nivea products, was ordered to drop the claims that its new Clear Up acne control daily scrub, and its deep pore cleanser can eliminate the appearance of pimples in just seven days.

Coupled with Nivea’s on-pack phrasing, "visible skin improvements in 7 days", are instore banners with the words “goodbye pimples in 7 days” featuring a face with two halves depicting a before and after image of the face. The first with a blemished face and the other cleared up. 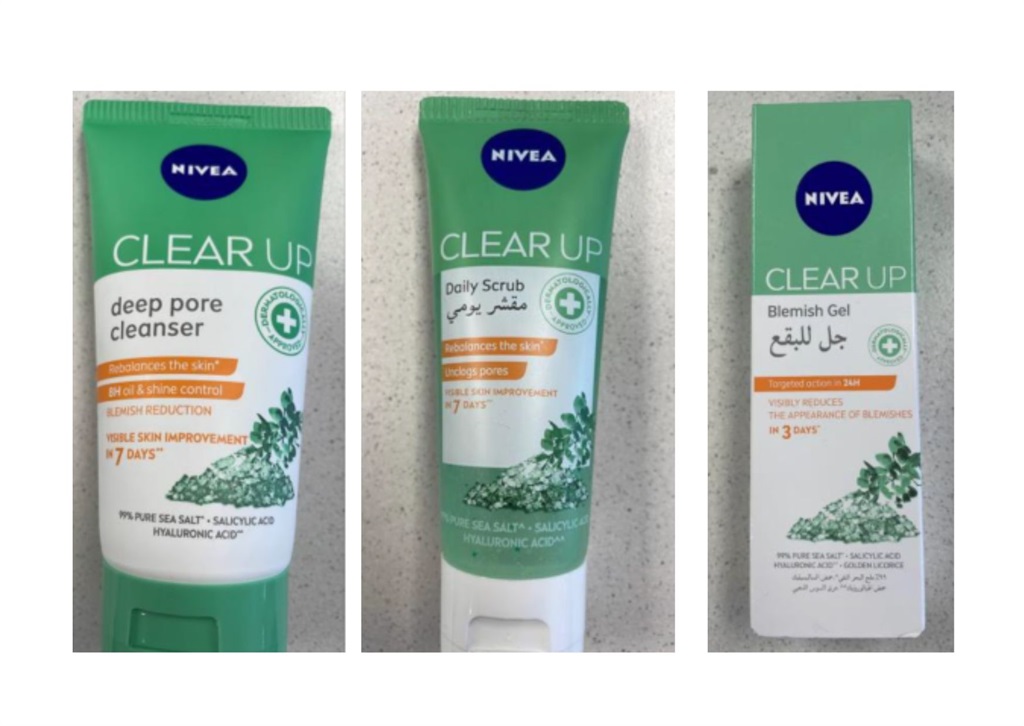 Nivea advertising for its Clear Up range promising a pimple free face in seven days.

The ruling results from a complaint by its competitor L’Oréal, which intimated that Nivea’s claims were misleading. It took issue with the second half of the face, citing that it communicates to the consumer a pimple-free face within the stipulated period is possible when using the product.

The new battle between L’Oréal and Nivea is the newest between personal care brands and is similar to a series of soap wars that has played out in front of the ARB in the recent past.

L’Oréal further complained that the product disclaimers told a different story which instructed that the full Clear Up range must be used to achieve the best results and that users must wash twice daily. To L’Oréal, the disclaimers suggested that there would only be a visible improvement instead of completely removing pimples.

But, Nivea's makers argued that its competitors wrongly interpreted the messaging, citing that it was unreasonable.

"Saying 'goodbye' to someone or something simply means greeting them as they are leaving. In this context, particularly given the disclaimer and evidence at hand, the claim communicates a visible reduction of pimples within seven days," Beiersdorf said.

The ARB, however, disagreed, stating that the before and after visuals create the expectation that using the product will result in the complete removal of all pimples in seven days, given the after face is smooth, blemish-free, with no visible pimples or acne scarring.

It said the products name Clear Up also enforces the idea that a consumer using the product will be able to clear their face of pimples.

"It is acknowledged that the prominent claim 'GOODBYE PIMPLES IN 7 DAYS*' incorporates an asterisk, which is commonly accepted to reference additional information," the ARB said.

"However, this asterisked disclaimer is not only substantially smaller (to the point that it might not immediately attract the viewer's attention), but also contradicts the initial impression about product efficacy by clarifying that the product would actually only bring about 'Visible results ...,' " it said.

It said there is a marked difference between the complete elimination of acne and a visible reduction.