The wait is finally over: Nintendo is making a Pokémon-themed Nintendo Switch console, and it's just as adorable as you want it to be 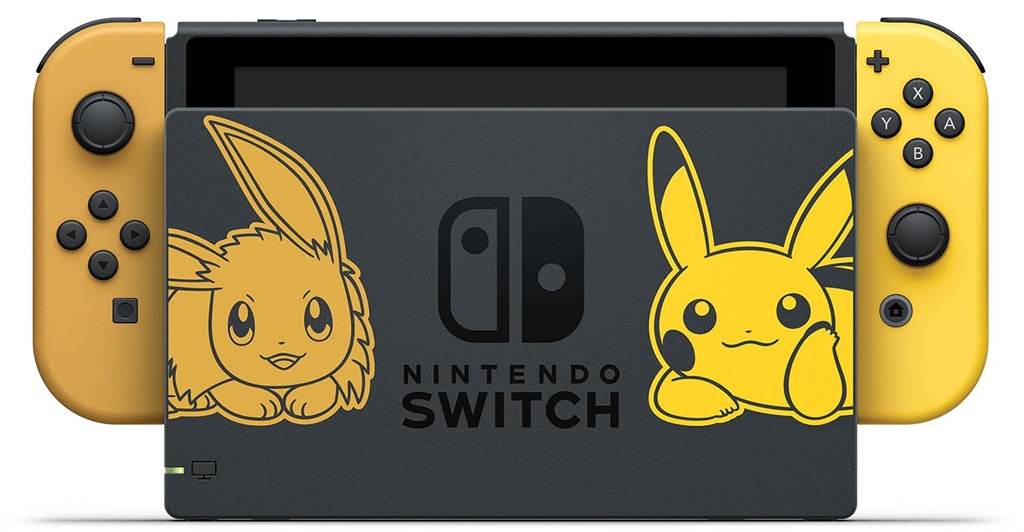 This holiday season, like so many before it, Nintendo is betting big on Pokémon.

The Japanese video game giant is launching an adorable new version of its Nintendo Switch console this November, just in time for the launch of a new Pokémon game, which comes in two variants: "Pokémon: Let's Go, Eevee!" and "Pokémon: Let's Go, Pikachu!"

The bundle costs $400, and comes with a Nintendo Switch console, a download code for the game, and a Poké Ball Plus accessory. It's the same price as buying each item a la carte, but the bundle comes with a totally sweet Pokémon-themed console.

Even the Joy-Con gamepads are themed: Despite the two names, "Pokémon: Let's Go" is actually one game in two slightly different iterations: Eevee and Pikachu. "Let's Go" is an updated re-master of "Pokémon Yellow" that stars either Pikachu or Eevee, depending on which version of the game you buy. The Pokémon game series has a long history of launching in multiple forms — the last major entry in the series is "Pokémon Ultra Sun" and "Pokémon Ultra Moon."

Thankfully, there's only one Pokémon-themed console on the way.

It features both Pikachu and Eevee, and shows their silhouettes on the back:

The bundle launches this November 16, just in time for holiday gifting and travel.

Take a closer look at the upcoming game and its matching console in the trailer below:

Related Links
Nintendo has one key advantage over Xbox and PlayStation
The 16 biggest games coming soon, from an all-new ‘Fallout’ to the hotly-anticipated ‘Red Dead...
A South African computer game that allows you to deform the world is a hot hit overseas
Next on Business Insider
Meet the new owners of Mara Phones in South Africa which include the owners of Arena