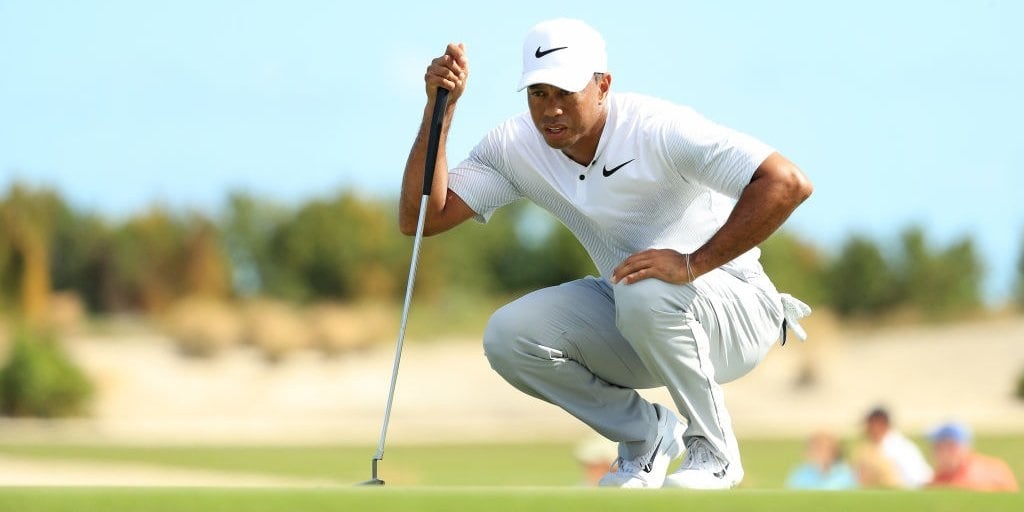 Nike released a brilliant tribute to the star in response to his win and his notable climb up the World Golf Rankings.

The two-panel Instagram ad plays on the uncertainty of Woods' comeback. The first photo features the words "He's done" behind the golfer's back, while the second shows Woods celebrating his latest victory and completes the sentence with "it again." Woods has been with the sportswear giant since turning pro in 1996, and Nike most recently signed him to a $200 million endorsement deal in 2013. The company has notably stood by Woods despite his many controversies, including DUI charges last year.

Nike capitalised on what was already a moving moment for the 14-time major winner. As he walked the fairway on the 18th hole on Sunday afternoon, a large crowd began chanting his name and swarming onto the course. The ensuing cheering from spectators was uncharacteristic of a golf tournament crowd.

"All of a sudden it started hitting me that I was going to win the tournament, and I started tearing up a little bit," Woods told NBC after the win, adding: "I just can't believe I pulled this off after the seasons I've gone through. It's been tough. I've had a not-so-easy last couple of years, and I've worked my way back."

Woods' comeback has reinvigorated speculation that he could break Jack Nicklaus' record for the most major wins of all time, with 18 — a feat Nicklaus described as "realistic." As the early favourite to win the 2019 Masters, Woods may already be headed in that direction.