Great lockdown: SA lives through worst economic contraction in 90 years, and the risks aren't over 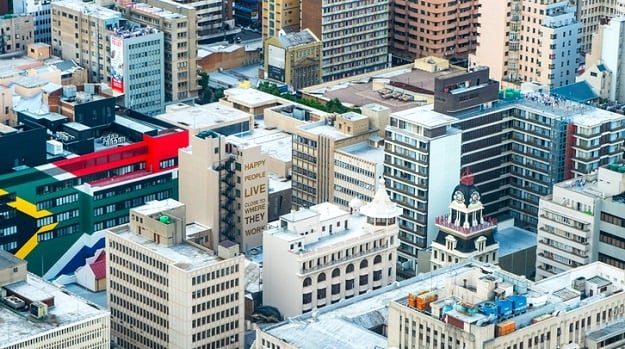 Government has started a process of reopening the SA economy gradually.

On Tuesday, 9 March 2021, Statistics South Africa confirmed what many economists had been telling South Africans throughout 2020 - the economy would contract by record levels due to the impact of the Covid-19 pandemic. While it may come as no surprise that GDP contracted by 7%, it is still a historical moment, defining the economic trajectory of the country for years to come.

The pandemic was severe; apart from the more than 50 000 deaths there have been economic losses too – business closures and retrenchments with the country’s total jobless amount to 7.2 million individuals (with ramifications for their dependents).

The GDP print released by Stats SA – the evidence of the Great Lockdown - will be archived for future records, much like the Great Depression and the Global Financial Crisis of years before.

Chief economist of the Bureau for Economic Research (BER), Hugo Pienaar, noted that the 7% contraction did not come as too much of a surprise to economists and analysts. The International Monetary Fund had pencilled in a contraction of 7.5%. Treasury had expected a contraction of 7.2% followed by a rebound of 3.3%.

Fourth quarter GDP figures reflected a 6.3% quarter on quarter seasonally adjusted annualised growth. This was slightly better than the 5.6% consensus expectation. On a non-annualised basis, GDP grew by 1.5%.

This growth builds on the sharp rebound in third quarter growth, following the effects of the hard lockdown of the second quarter.

In a separate note on GDP issued by the BER, Pienaar highlighted that despite the improvements in the second half of 2020, the economic recovery is still “incomplete”.

Looking ahead, Pienaar said the impact of adjusted lockdown Level 3, which included a liquor sales ban and a curfew impacting restaurants’ operating hours for the whole of January, “interrupted” the GDP recovery. Another factor weighing heavy on the economy was the reintroduction of load shedding in January.

The BER expects GDP to contract in the first quarter of the year. The rest of the year’s performance will also depend on potential third and fourth waves of Covid-19, which may warrant more lockdowns to restrict social mobility.

There may be strong GDP growth in the second half of the year. However, this is on the back of a vaccine rollout, increasing household savings and fiscal stimulus in the US, which could support stronger consumer demand in the world’s leading economy and will bode well for SA exports. But while exports may be boosted, domestic demand could be curtailed by load shedding and a Covid-19 third wave in SA, Pienaar explained. “The risk of further bouts of load-shedding has also not gone away,” he said.

The end of the Covid-19 social relief grant and the UIF Temporary Employer/Employee Relief Scheme and rising fuel and electricity costs could also “dampen” the GDP recovery.

Investec has projected growth of 2.9% for 2021, according to economist Lara Hodes.

“The pandemic has served to highlight and intensify South Africa’s structural inadequecies,” she said in a note. The “hastened” rollout of Covid-19 vaccines along with the implementation of structural reforms as outlined in the Economic Reconstruction and Recovery plan are “vital” to place SA on a “sustainable growth” path, she said.

FNB chief economist Mamello Matikinca-Ngwenya, during a post budget webinar last week, commented that focus on reforms is important. There are a number of structural constraints to be dealt with.

These are mainly energy and spectrum. “Without it, it is difficult to see how potential growth rises,”  she said.

On the energy front President Cyril Ramaphosa during his State of the Nation Address announced plans to open up the generation sector – among these include the launching of Bid Window 5 of the Renewable Energy Independent Power Producer Procurement Programme soon.

As for spectrum, this week a high court ordered that the Independent Communications Regulator of South Africa halt the auctioning of spectrum, pending a hearing on contentions raised by industry players Telkom and e.tv.

Old Mutual Investment Group chief economist Johann Els is optimistic that there will be a recovery of 5% in 2021. Els is of the view that the sharp decline of the Covid-19 crisis will be matched with a sharp recovery.

A strong growth rebound in SA in 2021 will boost confidence and provide “impetus” for medium-term growth prospects.

Domestic growth will be supported by strong global growth, favourable terms of trade brought on by the boost in commodity prices and improvements in crop yields, as well as improvements in the inventory cycle. Last year, inventories reduced because sales came from stocks or storage due to the impact of lockdown. This contributed negatively to economic growth. But Els is optimistic that a recovery in inventories will bode well for growth.