The South African National Parks (SANParks) and South African Forest Adventures this week launched new ziplines across a beautiful gorge between Knysna and Plettenberg Bay in the Western Cape.

The new attraction opens for business this Friday.

The four ziplines span 2.2 km in total, of which the longest is 700 metres. The four cables criss-cross the Kranshoek gorge, reaching heights of more than 200 metres.

A special opening price of R400 for the zipline tour applies for the period from September 18 until the end of October. From the start of November, the price doubles to R800. 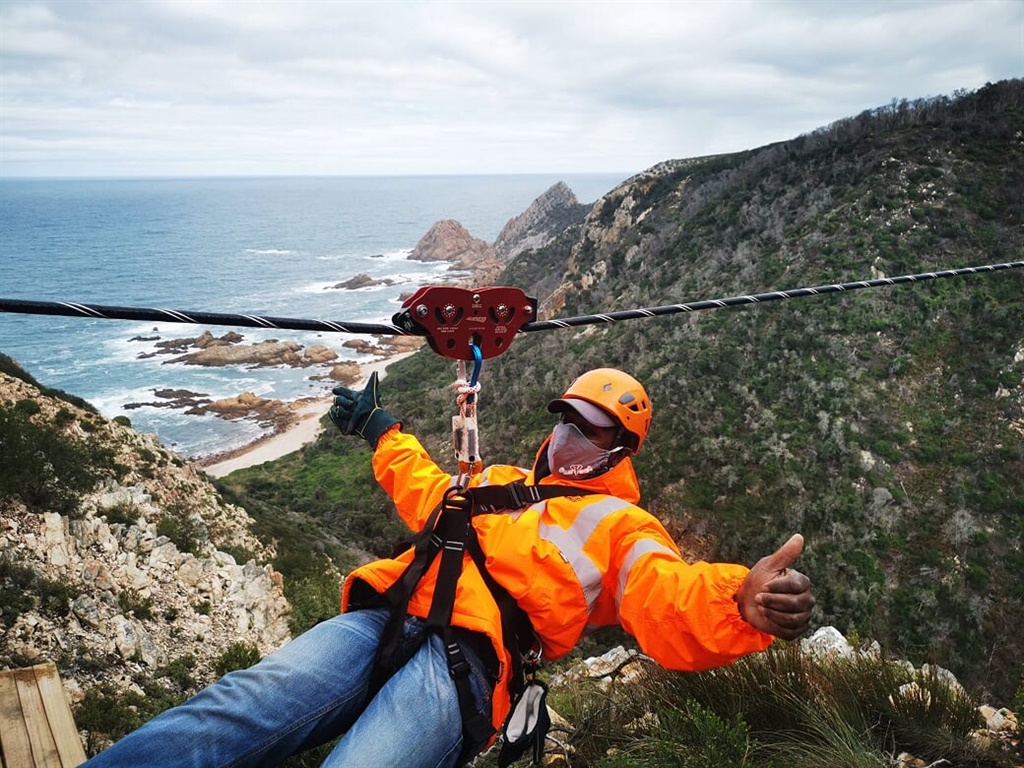 South African Forest Adventures intend adding two extra cables to the zipline before the end of the year to take the number of cables to six, managing director Clinton Lerm says

Adventurers can hire GoPro cameras for R300 to record their zipline experience.

Knysna Ziplines is located within the Knysna Lakes section of SANParks Garden Route National Park. The zipline is in the Kranshoek gorge and gives spectacular views of the Indian Ocean as well as fynbos and indigenous forest. SANParks gave the zipline project the go-ahead in 2016 when South African Forest Adventures won the tender to build it and the concession to operate it.

The Knysna fires in 2017 disrupted the construction of the zip line.

Work on the project restarted in late 2018 and was completed at the cost of more than R4 million just before the national Covid-19 lockdown started on March 27.

The zipline office is at Harkerville Forest Lodge, which is 15 km from Plettenberg Bay and 20 km from Knysna.

SANParks expects that the new attraction will bring 10,000 extra visitors to the park in its first year. Adventure guides, who will operate the zip line, have been seconded from other South African Forest Adventures sites and have thorough training in safety, according to SANParks.

These guides will train and mentor new staff recruited from nearby Kranshoek, Knysna and Plettenberg Bay. The project created 40 jobs during construction and 15 staff will operate the zip line, according to SANParks spokesperson Nandi Mgwadlamba.