At least 49 people were shot dead in a horrific mass shooting which targeted two mosques in the city of Christchurch, New Zealand.

A further 48 people were injured in the shootings on Friday afternoon. Young children are among the victims.

A 28-year-old man has been charged with murder, and two other suspects are in police custody.

"This can only be described as a terrorist attack," New Zealand Prime Minister Jacinda Ardern said in the wake of the attacks. She said Friday is "one of New Zealand's darkest days."

In a press conference, New Zealand police commissioner Mike Bush said that security across the country had been heightened, with extra patrols around mosques. He said that officers were not aware of any other specific threats.

He said: "We have staff around the country ensuring that everyone is kept safe, and that includes our armed defenders and special tactics groups right across the country being very vigilant and having a presence around all of our mosques." Bush was asked to confirm whether the man charged with murder was Brenton Tarrant, a name widely reported in connection with the attack.

Bush declined to confirm the name. He said the man will appear in court Saturday.

"While we do not have anything to believe at this stage that there were any other suspects, we are not assuming that at this stage," Ardern said, adding: "These are people that I would say have extremist views. They have no place in New Zealand or in the world."

Ardern said she believes New Zealand was targeted because of its diversity and acceptance of people from all cultures.

"We New Zealanders were not chosen for this act of violence because we condone this racism, or because we are an enclave of extremism, we were chosen for the very fact that we are none of these things," she said.

The two mosques targeted were the Al Noor mosque and the Linwood Mosque. The location of the two mosques in Christchurch.
Google Maps

Bush confirmed that 41 people have been killed at the Al Noor mosque, while seven were killed at the Linwood mosque. One more person died in hospital, giving a total of 49 deaths.

Locals were urged to stay indoors while the police operation continues.

"We are currently dealing with an unprecedented situation in New Zealand," Bush said.

"It doesn't get any more serious in this country than this," he said. 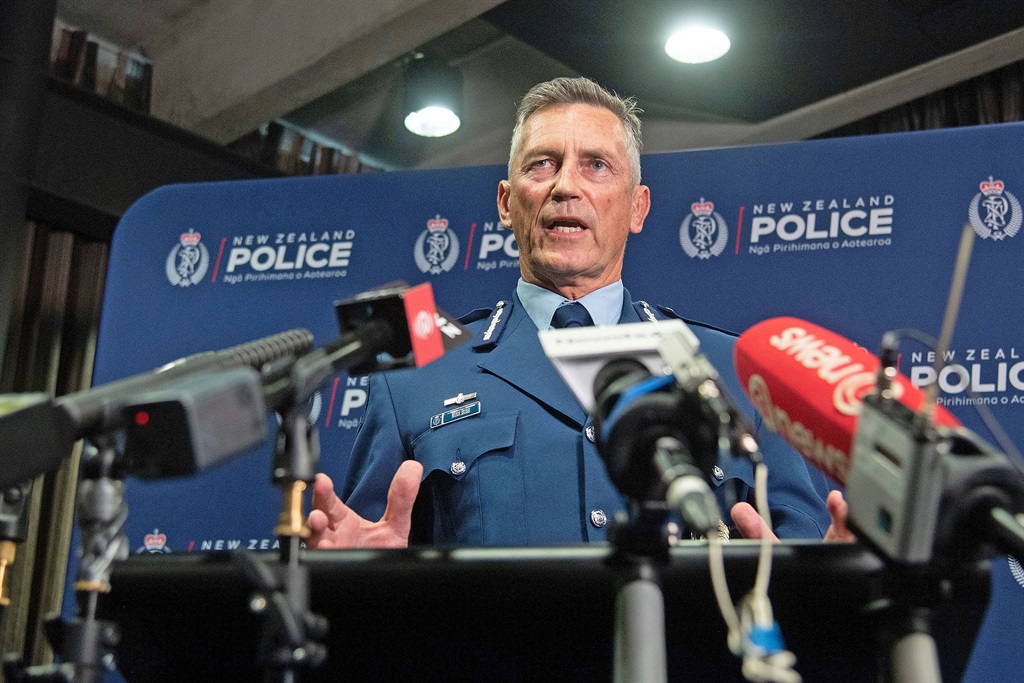 New Zealand police Commissioner Mike Bush speak to the media after an attack on a mosque in Christchurch at the Royal Society building in Wellington on March 15, 2019.
MARTY MELVILLE/AFP/Getty Images

Bush confirmed there were a number of improvised explosive devices attached to vehicles in the area. He said the military had defused those devices.

"We urge New Zealanders to stay vigilant and report any suspicious behavior immediately to 111," he said.

Witnesses reported that a man with a gun entered one of the city's mosques at around 1:40 p.m. local time. Police confirmed that there is footage of the shooting circulating on social media but are urging people not to share it. They also confirmed that a suspect had posted an alleged manifesto this afternoon.

"Clearly what has happened here is an extraordinary and unprecedented act of violence," Ardern said.

"Many of those impacted by the shootings may be migrants, and they have chosen to make New Zealand their home. They are us. The person who has perpetuated this violence against us - is not," she said. "There is no place in New Zealand for such extreme acts of unprecedented violence."

According to Radio New Zealand, there were as many as 300 people inside the mosque for afternoon prayers.

A witness told Radio New Zealand that a man in a helmet and glasses and a military-style jacket entered the mosque and began shooting with an automatic weapon.