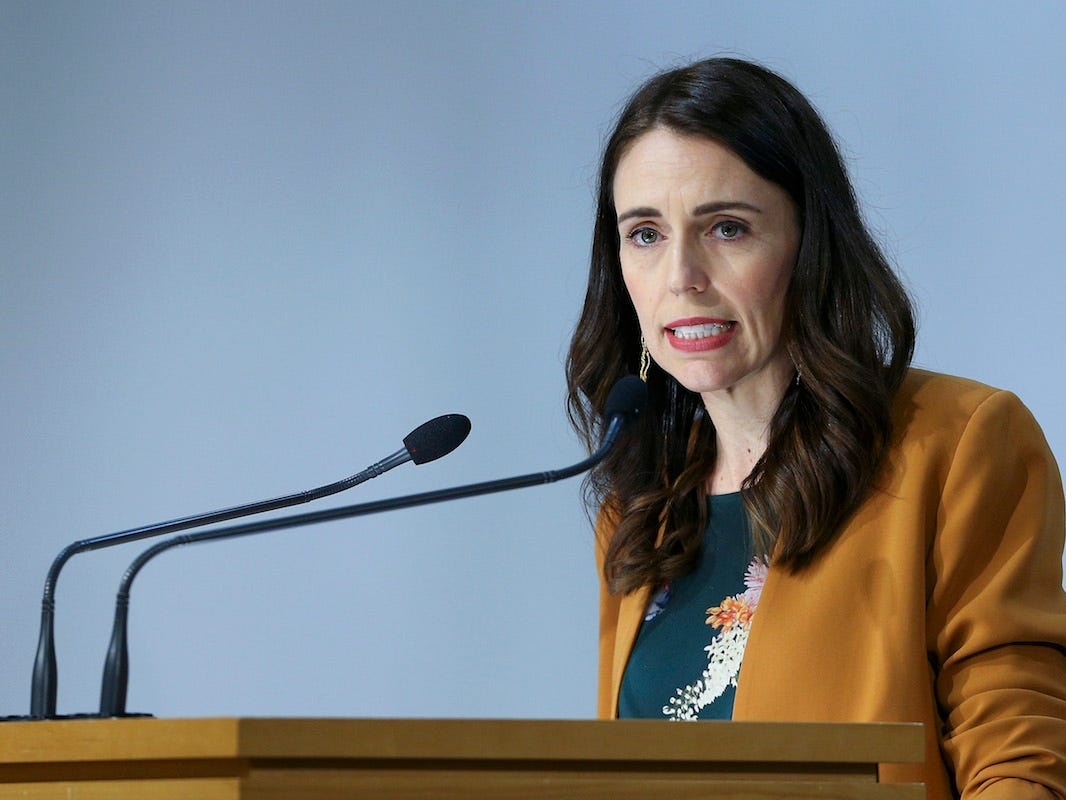 New Zealand Prime Minister Jacinda Ardern was re-elected in a historic landslide on Saturday, winning her second term in office.

Ardern's Labor Party won 49.1% of the vote. It was more than a 20% margin against their opponent, the conservative National Party, which won 26.8% of the vote, according to the BBC.

The Labor Party scored the highest result since New Zealand's current mixed-member proportional political system was first adopted in 1996, according to CNN.

The party also secured a majority of 64 seats out of the 120-seat assembly, making the Labor Party the first to be able to govern alone since 1996, according to Radio New Zealand.

Ardern has been praised for her leadership in steering New Zealand's response to the coronavirus pandemic. The country's early lockdown efforts, widespread testing, and contract tracing allowed the nation to record a 102-day streak without cases of coronavirus until August, which prompted Ardern to reinstate a lockdown.

By September, restrictions were lifted again in all areas outside of Auckland, where the August outbreak stemmed.

Since taking the role in October 2017, she has been a vocal opponent against sexism and racism, and was widely praised for her strong and compassionate response to the the Christchurch mosque shootings in 2019.

Ardern is New Zealand's youngest prime minister and the third woman to take the role.