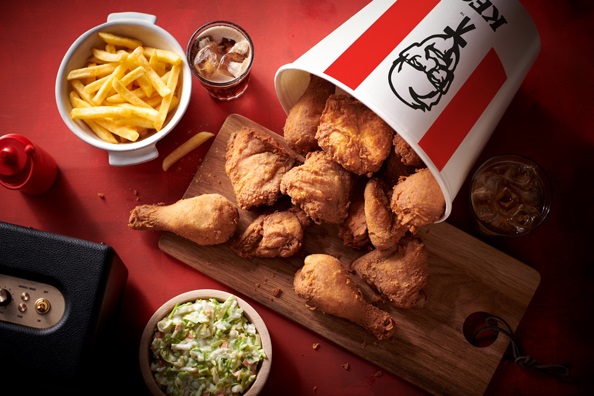 Two New Zealand men were arrested on Sunday after attempting to cross the Auckland border with a car "full" of Kentucky Fried Chicken, chips, and 10 tubs of coleslaw, according to local police.

The police identified the pair as "gang associates" and found over $10,000 in cash and empty ounce bags alongside large amounts of fast food.

According to authorities, "the vehicle did a U-turn and sped off trying to evade police," after they noticed the car driving down a gravel road near the border.

Auckland officials are enforcing strict travel restrictions amid a city-wide lockdown following a surge in Covid-19 cases. With restaurants closed, residents who break travel rules to purchase fast food outside the city risk fines up to $8,400 or six months of jail time.

This is the second set of charges this month involving illicit takeaway food. Last week, a 20-year-old man was charged for breaking health orders as he left Auckland in search of McDonald's, which he documented on TikTok.

As businesses reopened Tuesday at midnight, 40 cars were waiting in line outside a West Auckland McDonald's at 12:30AM, according to Stuff, New Zealand's largest news site. By 1AM, eager customers clogged the road and wrapped around the corner.

In a statement, New Zealand Police said they are "pleased with the actions of the majority of people adhering to the Alert Level restrictions, but are disappointed by the small number of people who deliberately flout the rules."

Since the Level 4 lockdown was put in place, police say 86 people have been charged with a total of 90 offenses, the majority of which were failing to comply with Covid-19 restrictions.

On Friday, fines for Covid-19 rule-breakers were raised as authorities expressed concern about the Delta variant spreading beyond Auckland and into other regions, Reuters reported.

"Our success has been really based on the fact that people by and large have been compliant," New Zealand Prime Minister Jacinda Ardern said at a news conference. "However, there has been the odd person that has broken the rules and put others at risk."