We tried some of the weirdest new products in stores right now, including rooibos nuts and mushroom biltong Judging from the recent flood of food product launches – particularly new flavours or new versions of existing staples - either South Africans get bored really easily, or producers are getting desperate to part consumers from their rands.

We tried some of the weirdest new products seen on supermarket shelves in recent months, from watermelon Tic Tacs to bunny chow chips. This is what we found. There were some divided opinions on the flavoured milk maker's new effort, but overall it was not a hit. It tasted less sweet than the normal Steri-Stumpie range and had an unpleasant aftertaste, presumably from the bumped-up protein content.

To one dissenter, it tasted fine, “like a protein bar”. 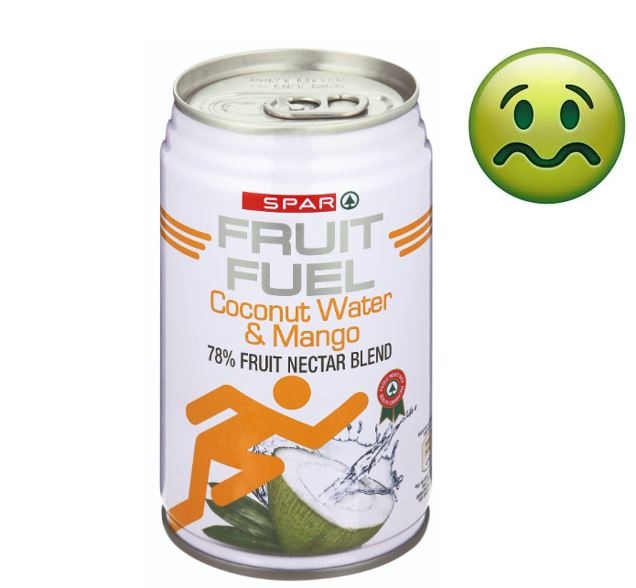 It seemed quite innocuous: coconut water and mango, what could go wrong? Turns out, absolutely everything.

This is vile. A thick, super-sweet substance that doesn’t taste like mango, or coconut. We’ve been eyeing this product for some time, but not in a good way. A union of nuts and tea seems impossibly ill-conceived.

Reader, we were wrong. This was the best surprise of the bunch.

The nuts roasted with rooibos and coconut blossom sugar (which is described as “low GI natural sugar”) were sweet, but not sugary. We couldn’t particularly taste rooibos. But it was interesting enough to please the palate.

Importantly, while they were sweet, they weren’t the diet-killer kilojoule bombs that are sugar-coated nuts. There’s a lot going on here. We gave this Jelly Tots slab to a couple of kids to test. At first they were disappointed with the lack of action from the popping candy, but then figured out that the explosive action starts if you suck – not chew - the chocolate.

In the end, despite the triple sugar rush, they weren't that impressed We couldn’t taste the baobab. (In truth, we probably wouldn’t recognise baobab flavour if it slapped us in the face.) The yoghurt was a bit bland, watery and didn't have enough of a kick to warrant its shot size. You’ll have to use your imagination to get to "bunny chow" with these chips. But it did taste like curry powder, had a strong kick, and we liked it a lot.

Not one for children parties or sensitive palates, but great with beer. We remain unsure whether “real Belgian chocolate” is a massive selling point among this product’s target market, presumably kids. And somewhere, some European chocolatier is probably turning in his grave.

In the end, however, there was no distinctive chocolate taste and the product divided our testers. If you like chewy stuff, the rock-hard chocolate toffee centres are satisfying. But others thought that sweets were too tough. On paper, this product seems like a spectacularly bad idea. There were some clear negatives, including that workplace communication is tricky enough without having to worry about garlic breath.

But it turned out to be tasty: a well-seasoned and satisfying snack. And, as far as we could gather, no olfactory after-effects. This one was much weirder than you would think. Jelly-centered speckled eggs have been done, after all. Turns out, much as we love Jelly Tots, they don’t work with a crispy shell. The yellow ones also don’t taste great with chocolate. Another one we approached with apprehension, this energy drink is sweetened with honey and contains “royal jelly and propolis”.

The first taste of BeeBad was quite foreign – like nothing we’ve encountered before. Akin to a sweet, light beer, we couldn’t taste the honey. It hit the spot, though. It gave us a strong, ahem, buzz. Its caffeine content is almost exactly equal to that of Red Bull (32mg/100ml), but it isn’t as sugary as other energy drinks (although, disappointingly, its kilojoule count is the same as Red Bull).

We will buy it again. Confession: we were ready to ironically hate-taste this product, which has “virtuous hipster” written all over it. But we fell for it, hard.

While it doesn’t taste anything like biltong, it is delicious, satisfyingly chewy and has an interesting umami thing going for it. Initially we were excited about this new twist to the beloved Tic Tac, but in the end it left us strangely deflated.

On the plus side, these are a sugar-free alternative to Tic Tacs. But we weren't crazy about the watermelon flavour, and the size of the chewing gum was unsatisfying. One isn't enough, and then you end up with two or more small pieces of gum in your mouth.

At the price – almost R50 (admittedly at an airport sweet shop) – these could be an expensive habit to acquire. While not truly weird, we were intrigued by the new spin on the old standard M&M. The almonds are quite heavily roasted, and their slightly bitter taste worked extremely well with the crispy chocolate shells. Almost too well.