"Avengers: Infinity War" ended with a shock to the Marvel Cinematic Universe.

If its sequel next year continues to shift the franchise in a new direction, and if veteran actors start to distance themselves, then new characters are inevitable to sustain the MCU going forward.

Fortunately, Marvel's comic books provide decades of content and hundreds of potential characters to play with: classic Avengers like She-Hulk and Wonder Man; New Avengers like Spider-Woman and The Sentry; powerful supporting players like Na mor and Silver Surfer; and villains who could cause problems for the entire MCU after Thanos is dealt with, like Doctor Doom.

Maybe we'll never see any of these characters in the MCU, but we also never thought we'd see Doctor Strange banter with Spider-Man on the big screen.

So, Business Insider has thought about what Marvel comics characters haven't been introduced yet into the MCU, but should be in the future.A new report that Comcast is looking to upend the Disney-Fox deal could cause problems for any plans to introduce the Fox-owned X-Men or Fantastic Four characters into the Disney-owned MCU. But this list was made with the Disney-Fox deal in mind, and the possibility that those characters could be acquired by Disney and Marvel Studios.Below are 13 characters that should be introduced in the Marvel Cinematic Universe after the "Avengers: Infinity War" sequel: Marvel Comics
If Chris Evan retires from the MCU after the fourth "Avengers" movie next year, the franchise will be down one blond-haired, blue-eyed, country-devoted superhero. Luckily, the British have their own who also has a history as an Avenger. Braddock isn't a "super-soldier" like Steve Rogers, but he can fly and his introduction into the MCU would give a look at how other countries might perceive all of these superheroes running around destroying New York City. 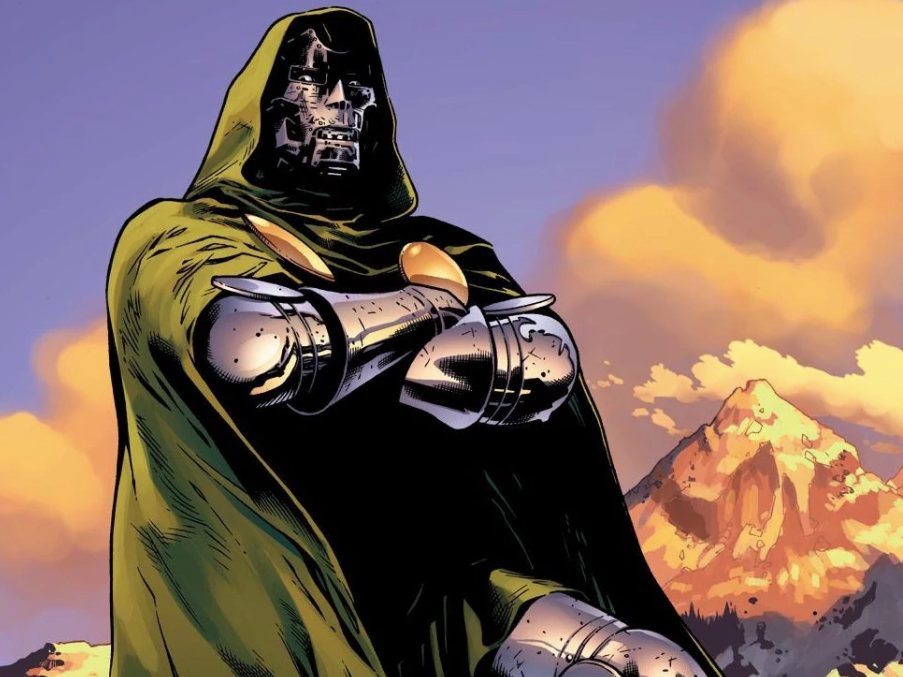 If Disney and Marvel Studios gain the rights to the Fantastic Four but decide they don't want to take a chance on rebooting the characters, their next best option would be to introduce the team's greatest enemy. Doom isn't only the arch-nemesis of the Fantastic Four — he's played a pivotal role throughout the entire Marvel universe in the comics, as well. If Marvel wants to give the MCU its next big villain, Doom is a logical choice ("Legion" and "Fargo" creator Noah Hawley is developing a solo Doctor Doom movie, but the Disney/Fox deal throws that project up in the air). Speaking of the Fantastic Four, I still believe that they could be a worthy addition to the franchise despite past big screen failures. A Fantastic Four movie would fit nicely into the MCU as a fun, sci-fi action movie and would explore the otherworldly, scientific possibilities of the MCU in ways that "Doctor Strange" explored magic. We just got a fantastic Spider-Man in Tom Holland, so maybe it's too early to be thinking about yet another Spider-Man. The difference this time is that the two could co-exist together. Morales was an alternate universe version of Spider-Man that has since been integrated into the regular Marvel comic universe. He's a wildly popular character despite being so new (Sony  — which still has Spider-Man distribution rights — is even releasing an animated movie starring Morales in December). On paper, Namor seems like an Aquaman rip-off, but the two characters could not be more different. Namor, who is half-man, half-Atlantean, pre-dates the original Avengers in the comic books (he first appeared in 1939), so he's well past due for a film adaptation. He is sometimes portrayed as a villain of sorts and has played a big role in the Fantastic Four's history, primarily due to his complicated relationship with Sue Storm/The Invisible Woman. The Osborns have played a role in both Sam Raimi and Marc Webb's Spider-Man movies, so it might not be wise to focus on the character in Marvel's Spider-Man movies. But like Doom, Norman Osborn has spread his influence throughout the entire Marvel universe in the comic books, so it wouldn't be a stretch for him to show up in an "Avengers" movie. Osborn even becomes the director of H.A.M.M.E.R. at one point, which is created to replace S.H.I.E.L.D. after an alien invasion. The Nova Corps, a galactic police force, was introduced in "Guardians of the Galaxy" and entrusted to keep the Power Stone safe. A throwaway line in "Avengers: Infinity War" by Thor reveals that Thanos destroyed the Corps to steal the stone. But if one survived? In the comic books, Rider is bestowed the armor and power of a dying Nova Corps officer. "Infinity War" set up the character's origin story already; now he just needs to make his debut. The Sentry gained prominence when he became a member of The New Avengers in 2005. After a brief hiatus, the character will star in a new comic book this summer. He's an incredibly powerful character (he's described as having "the power of one million exploding suns") but is also a disturbed individual — whenever he uses his powers, he unleashes a dark entity called The Void. If Mark Ruffalo retires from the MCU as Bruce Banner/The Hulk, maybe the MCU could start fresh with another Hulk character. Jennifer Walters is currently a member of the new Avengers roster in the recent relaunch of the comic, and has been an on-again, off-again member of the team for decades. Silver Surfer made his big screen debut in 2007's "Fantastic Four: Rise of the Silver Surfer," and was voiced by Laurence Fishburne and motion-capture performed by Doug Jones. As bad as that movie is, that's brilliant casting that will be hard to top. But Marvel has reinvigorated Spider-Man, so it could do the same with the Fantastic Four and its cast of supporting characters like the Surfer. Like The Sentry, Spider-Woman gained renewed popularity as a member of the New Avengers. If the "Infinity War" sequel proves to be a major turning point for the Avengers in the future, introducing Spider-Woman seems like a no-brainer. Perhaps Marvel wouldn't want to introduce Simon Williams/Wonder Man into the MCU for fear that he would just be perceived as a "male Wonder Woman." But the character was almost already in the MCU. Director James Gunn cut scenes from "Guardians of the Galaxy Vol. 2" that featured actor Nathan Fillion as Simon Williams on fake movie posters. In the comics, Williams is an actor-turned-superhero. And who wouldn't want to see Fillion in the MCU? The X-Men franchise is now part of a confusing timeline under Fox, and the next movies in the franchise, "Dark Phoenix" and "New Mutants," have been pushed back. Like the Fantastic Four, maybe Disney and Marvel wouldn't want to take a chance on trying to reboot the characters if they gain the rights. But despite the continuity problems the franchise currently faces, they are still successful movies. If Marvel can introduce the X-Men in a simpler fashion (like maybe just starting with the original members of the comic) then it could be a hit.

More on the Marvel Cinematic Universe:

Next on Business Insider
Adidas and Gucci are selling a R20,000 umbrella that is not waterproof