On 27 July an annual general meeting of the SA Reserve Bank is due to elect what could be the last director chosen by private shareholders – if those who want to nationalise the institution get their way.

As things stand right now, the private shareholders of the Reserve Bank each get a maximum of 50 votes, depending on how many shares they hold, as long as they are South African residents and have owned the shares for at least six months.

For the empty seat to be filled at the end of July, the director must have "knowledge and sills in commerce or finance".

From public nominations a panel, dominated by Reserve Bank governor Lesetja Kganyago and appointees of the minister of finance, selected three suitable candidates.

These are the three nominees that shareholders will be voting for at the end of July. Siyotula will be an unusual director simply for her age: 34.

She is a chartered accountant with an MBA and is the former CEO of Thebe Capital – a job she took up at the age of 29.

She holds a long list of awards and recognitions and has served on the boards of companies including Vodacom SA and Shell SA. She was also appointed to the board of arms manufacturer Denel as part of a broad shakeup at state-owned enterprises in May. Qunta is best known for the roles she has played on the financial side of government, particularly on the audit and risk committees of Parliament, the Road Accident Fund, and the national department of sport and recreation. She is currently the chairperson of the Railway Safety Regulator. 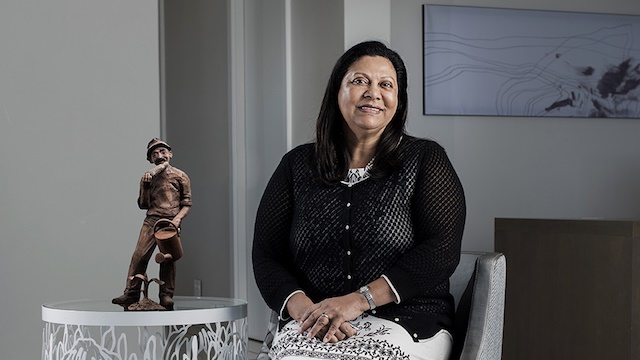 At 62, Muthien has held top corporate jobs at MTN, Coca-Cola and Sanlam – and has been a non-executive on the boards of state companies the SABC, Transnet, and Sentech, as well as private companies including MTN Nigeria.

She holds a doctorate in sociology and politics from Oxford, and an MA from Northwestern University in the US.

She is also not a stranger to various government committees; between 1998 and 2014 she chaired an advisory committee on who should be awarded national honours under four different Presidents.