A 342.92 carat Type IIa white diamond "of exceptional quality in terms of both its colour and clarity" has been recovered from the iconic Cullinan mine in Gauteng. The same mining company sold a rare blue diamond, also from the Cullinan mine, for $40.2 million (R595 million) in mid-July.

The British-based Petra Diamonds has made its third major find at the Cullinan mine in 2021. The mining company, which has underground operations at Finsch, Cullinan, and Koffiefontein in South Africa and one open pit mine in Tanzania, is on a winning streak. 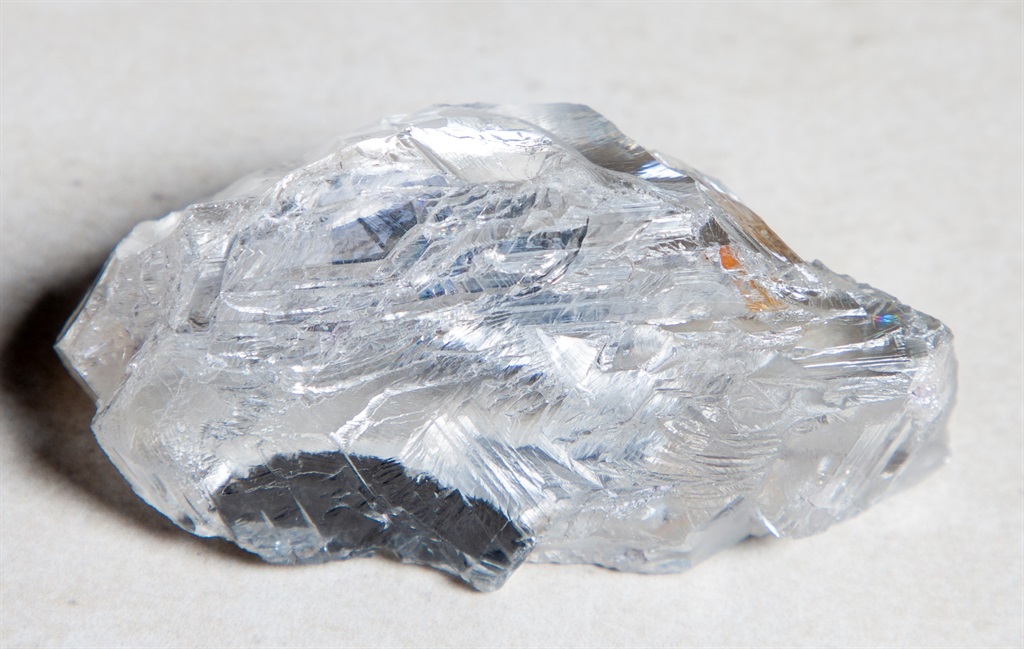 The Cullinan mine, best known for producing the record-breaking 3,106.75-carat Cullinan Diamond which now adorns the Crown Jewels, was sold by De Beers to Petra in 2008 for R1 billion. Since then, at least eight notable diamonds have been recovered from the Cullinan mine, earning Petra $207 million (R3 billion).

A 39.34 carat Type IIb blue diamond recovered in April recently set a record for Petra by fetching the highest price for a single stone ever recovered and sold by the mining company. The 29-carat Blue Moon of Josephine, also from the Cullinan mine, set the highest price-per-carat record back in 2014 when the uncut stone sold for $25.6 million (R380 million).

Less than two weeks after selling its rare blue diamond to a partnership between De Beers and Diacore, Petra announced on Wednesday that it had recovered another rare diamond from the Cullinan mine.

This discovery, in carats, is more than eight times bigger than the record-breaking blue diamond. Although this recently recovered white diamond is much larger than the blue diamond sold to De Beers, it's not as rare. A similar 299.3-carat Type IIa white diamond recovered by Petra from the Cullinan mine in January sold for $12.18 (R180 million).

Still, Type II diamonds have no nitrogen "impurities" and are rarer, larger, and harder than type I diamonds, representing just 1% to 2% of all the world's natural diamonds. This makes the recovery of the Type IIa white diamond an equally impressive, although not as valuable, find.

Blue diamonds, which get their colour from boron impurities, are some of the rarest of all the world's diamonds. The uncut Type IIa white diamond is due to be sold in September, Petra said.