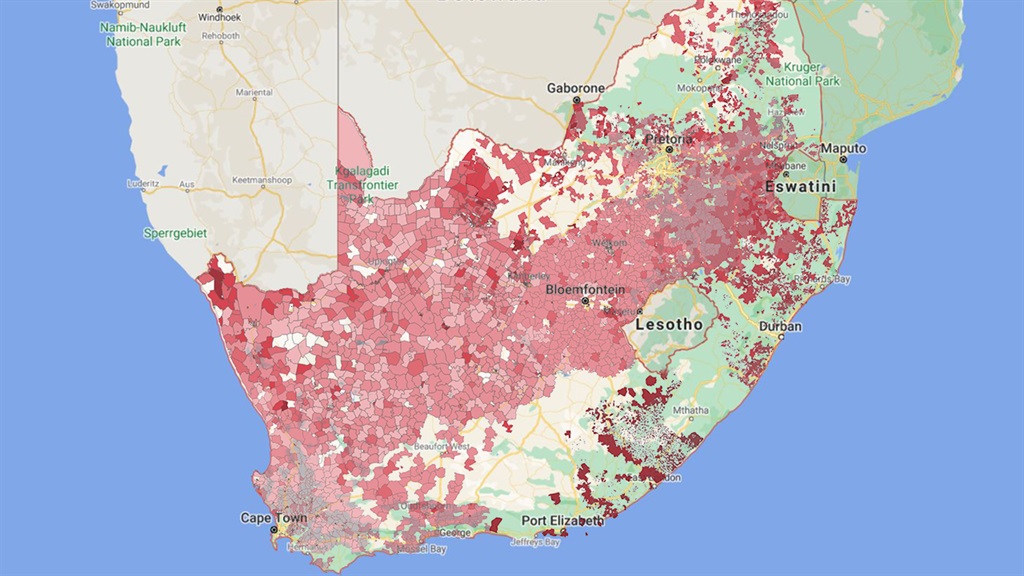 As South Africa grapples with a second wave of infections ahead of the busy festive season, a newly updated Covid-19 Vulnerability Index (CVI) identifies communities and suburbs which are most likely to be adversely impacted by the resurgence.

Produced and overseen by Statistics South Africa (Stats SA), the CVI is determined according to four themes across provincial, metropolitan, municipal and ward subsections. Adapting the Alkire-Foster (AF) method, which is a trusted technique used to analyse socioeconomic vulnerability, the CVI assesses population dynamics, household services, household compositions and health as defining factors.

These themes are further broken down into eight equally weighted primary indicators. Data gathered from the South African census is used to inform the following vulnerability factors:

Using this data to determine scores, the CVI delivers vulnerability ratings according to headcount and intensity out of 100. The headcount score is defined as the proportion of persons who are considered to be multi-dimensionally vulnerable. The intensity rank is defined as the community’s level of simultaneous vulnerability. The higher the overall CVI score, between one and five, the more vulnerable a community is to the impact of Covid-19 in terms of both infection and mortality.

While rural areas score high due to limited access to water and sanitation, urban populations remain at greater risk due to cumulative factors, including increased population densities. In Gauteng, which has reported more Covid-19 cases than any other province in South Africa, suburbs in Johannesburg and Pretoria remain especially vulnerable. In Johannesburg, high vulnerability scores of four are recorded in Bryanston West, Randburg, Roodeport, Protea Glen, Klipspruit, Lenasia, and Devland.

High vulnerability factors recorded in these areas include the overwhelming reliance on public transport, limited access to proper sanitation and overcrowding. Overall, Johannesburg has a headcount score of 14.6 and an intensity rank of 25.4. In the Western Cape, where more new cases are currently recorded on a daily basis than anywhere else in the country, the City of Cape Town holds a higher headcount and intensity score than Johannesburg.

With scores of four, Bluedowns, Blackheath, and Tafelsig rank among some of the most vulnerable areas in Cape Town. The area surrounding Epping’s industrial zone, between Ruyterwacht and Bonteheuwel, has the highest CVI rating of five, with a headcount score of 100 and an intensity score of 45.5.

Elderly residents living with comorbidities and in crowded conditions remain the highest vulnerability factors in the Cape. KwaZulu-Natal, which is currently experiencing a spike in infections, with calls to close beaches over the festive period, has one of the highest vulnerability ratings, with a provincial headcount of 41.2 and an intensity of 27.5.

Similarly, the eThekwini municipality, with includes Durban and surrounding urban settlements, outranks both Cape Town and Johannesburg on the vulnerability scale.

Topping the scale with a score of five, is Hillgrove in Newlands West. Nearby Reservoir Hills and Umgeni have also been recorded as vulnerable areas. Suburbs in Durban South, including Sea View and Montclair have a headcount above 90, with old age and comorbidities being the most noticeable vulnerabilities. The Eastern Cape remains one of the most vulnerable provinces in South Africa, with the added pressure of burgeoning Covid-19 cases and heightened hot spot restrictions impacting Nelson Mandela Bay. The province is particularly at risk due to its flailing healthcare system and lack of basic service delivery to rural settlements.

Suburbs closer to the centre of Port Elizabeth are also in danger. Korston, Parsons Vlei and Well Estate are some of the most vulnerable inner city areas.