TAKE A LOOK: The first 'new' Edgars store has play areas, personal shoppers and a section where you can print your own t-shirt The embattled 90-year-old retail chain Edgars has opened a new concept store – a 8,000 square metre space in Fourways Mall in Johannesburg that features trees, play areas, and a section that allows you to print your own text or images on clothing.

The group (which also includes Jet and CNA) was saved from bankruptcy by a recent deal with landlords, the Public Investment Corporation and creditors. It is now doubling down on fewer, but larger department stores, a strategy that didn’t work for Stuttafords, which went out of business two years ago - after almost 160 years in South Africa.

Read: We shopped at a new luxury store that sells high-end Truworths brands – here’s what we found

This means that the store has big areas that are not devoted to shopping, but to other activities – including play areas, a coffee shop and “beauty rooms”, where customers can get makeovers.

Edgars thinks the new store is a bit like a town square, “a multi-sensory, tree-lined central social space”. 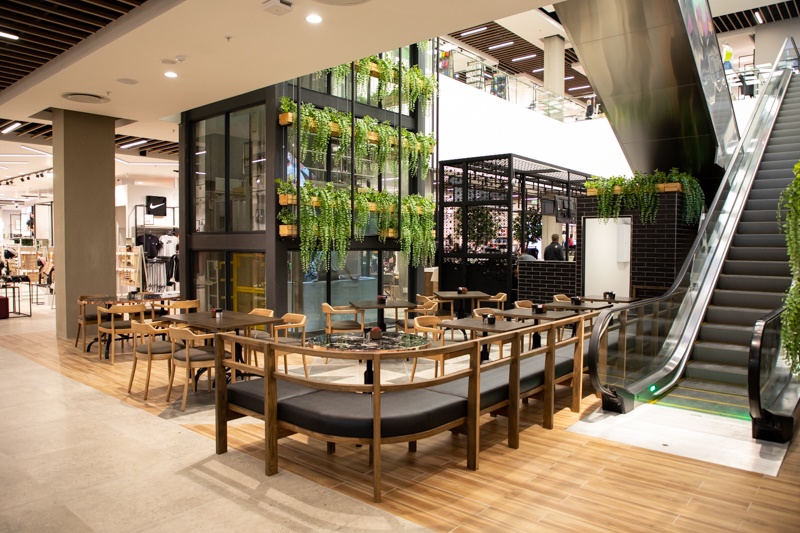 A “bespoke” Mugg & Bean coffee shop is located in the central square of the store. Fashion, cosmetics and homewear sections are spread out over two floors. 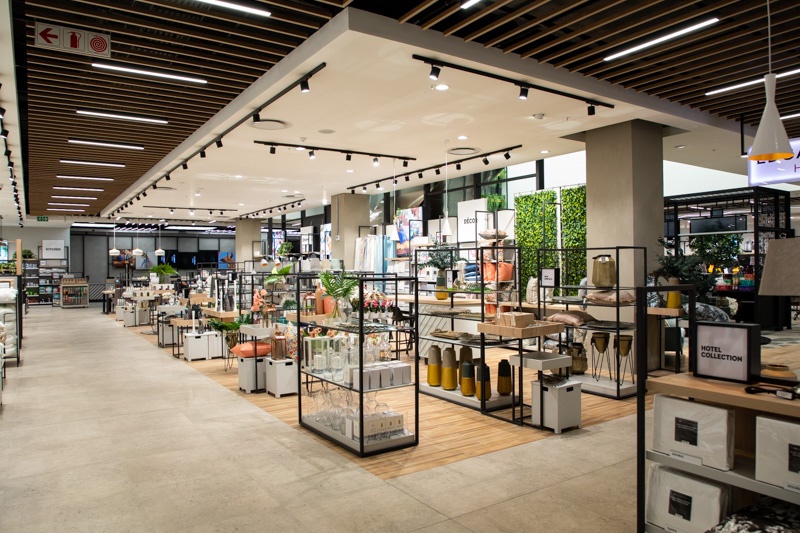 .. and a "custom" zone where you can personalise clothing with printed or embroidered text as well as images (starting from R50 an item). Alongside beauty counters, the new store also has “beauty rooms” that will house cosmetic events, home demonstrations, and new launches. There are also play areas for kids and digital screens with in-store music.

Each department is set up with tracks, and can be easily moved to another part of the store, to shake things up.

The Edgars store in the  V&A Waterfront in Cape Town will be the next in line to get a makeover, and its relaunch should be completed by next year.

The new store format may be a last roll of the dice for Edgars, as the group struggles to survive a perfect storm of a weak South African economy, new foreign competition (particularly from H&M, Cotton On, and Zara), and a massive debt load, which has snowballed since the American investment firm Bain Capital bought it in 2007.

This year, landlords, the PIC, and banks pumped R2.7 billion into Edcon in either cash or rent reductions to save the group.

Read: A major landlord just sent a worrying signal about Edgars’ future – but says the chain is actually doing fine

The deal has not been universally welcomed, with former PIC CEO Dan Matjila telling an inquiry he had lost his job because he would not agree to it. And the Public Servants Association, which claims a membership of 240,000, cited the Edcon investment as a reason it no longer wanted the PIC as the sole asset manager for government pensions.

Related Links
Take a look inside Philip Morris International's IQOS flagship Sandton boutique - and yes, you...
Black rag dolls designed to be slammed against walls have been pulled from a New Jersey store for...
Pick n Pay veggies now have sell-by dates etched onto their skin - here's why
Next on Business Insider
A UK company testing out a 4-day work week to attract employees says it's seen a boost in productivity, profits, and morale