First things first. Yes, the new M3 and M4 wear the big grille. Much like death or taxes, the big grille — this diptych of doom — is inescapable. But, hopefully, the high-horsepower engines and option for a six-speed manual make an attractive enough trade-off for you to get into BMW's latest rides, unveiled on Tuesday.

As a quick recap, the M3 was historically the performance-version of the 3 Series. It came as a coupe, convertible, or sedan. Then BMW sectioned off the 3 Series coupe to become the 4 Series. So now we have the M3 and M4.

The new M3 and M4 mark the current sixth generation of the 3 Series, internally called the G80 and the G82 for the 4 Series. (More numbers were, obviously, necessary.) More importantly, both use BMW's 3.0-liter, twin-turbo straight-six engine that produces 473 horsepower in the regular models and 503 horsepower in the higher-performance Competition models, according to a company press release.

The cars will be launched globally in March 2021. Keep reading to see them both. The M3 is the sedan version, the M4 the couple. They're powered by the same engine. That engine would be a 3.0-litre, twin-turbocharged straight-six. It produces a claimed 473 horsepower in regular guise. For the sportier Competition models, BMW's claimed output climbs to to 503 horsepower. There are two screens: a 31cm information display and a 26cm centre touchscreen. 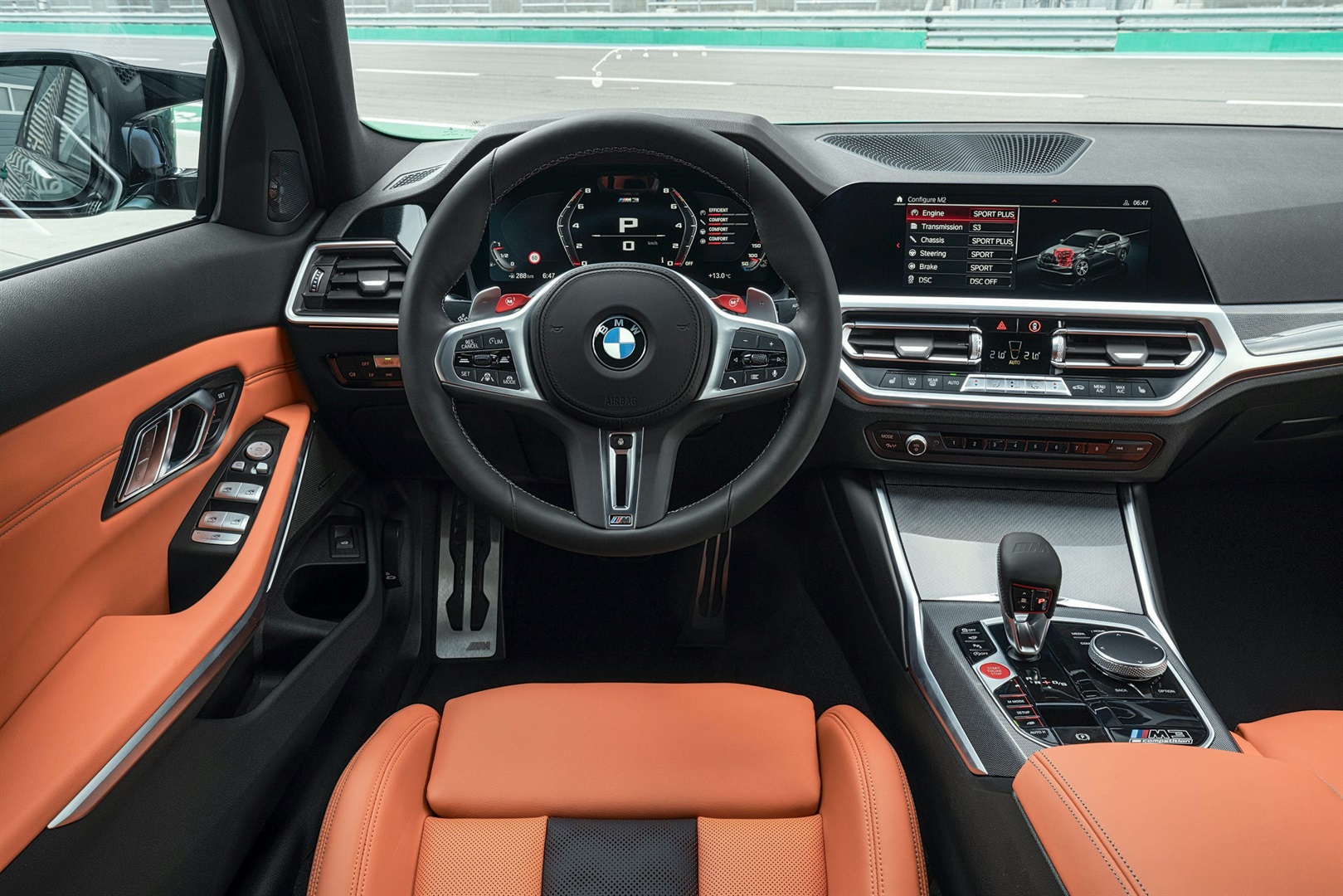 The M3 sedan offers easier access to the rear seats, a draw for those who utilize the second row more. M Sport seats have big side bolsters that help hold you in place under hard cornering. On the Competition models, the quad-exhaust pipes are black chrome. The M4 coupe is the two-door version. The M3 used to be both a two- and four-door model, but a few years ago BMW turned the 3 Series coupe into the 4 Series. So here we are. If you put the car into Sport or Sport+ mode, the exhaust note will get louder. Four cars will be available at the global launch next March. They will include the rear-wheel drive M3 and M4, mated to six-speed manual transmissions (!). And the M3 and M4 Competition editions with an eight-speed automatic transmission. 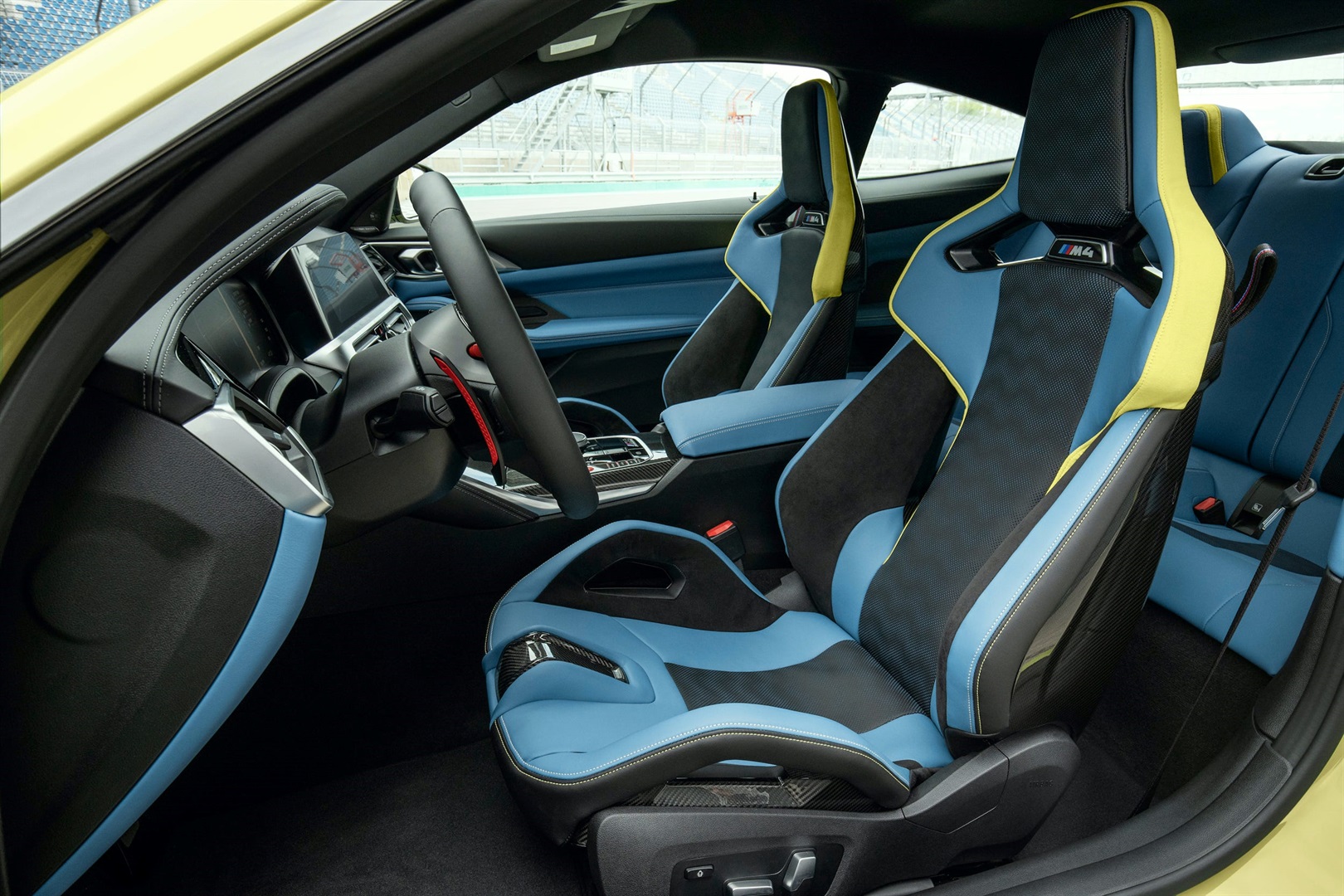 By the way, just LOOK AT this interior. Next summer will bring the xDrive all-wheel drive Competition models. And as my parting gift to you, here's another look at that GIANT GRILLE. You can't look away, can you?