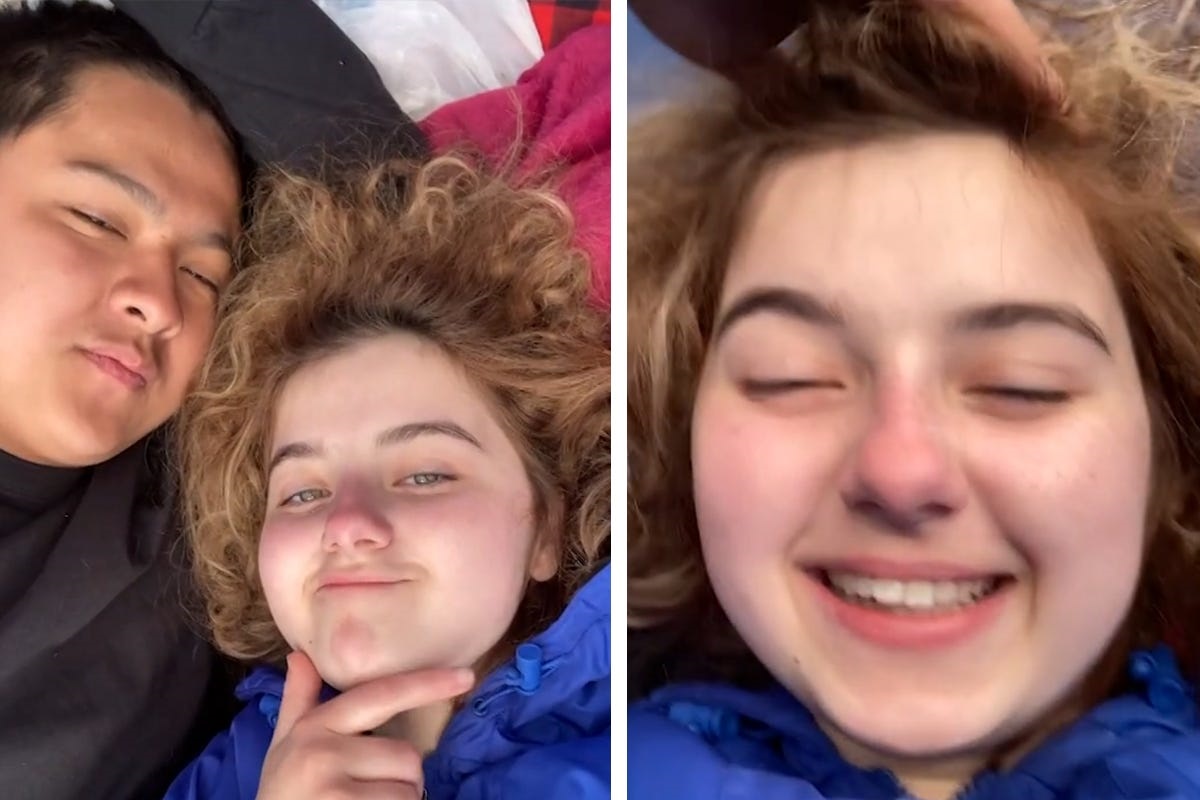 Two Nevada teenagers charged with killing one of their parents pled not guilty during their joint arraignment hearing in a Las Vegas court.

Aaron Guerrero, 18, and Sierra Halseth, 16, each face nine counts related to the death of Halseth's father, 45-year-old Daniel Halseth. They stood beside one another in the virtual hearing on Friday morning and answered a judge's questions on their ages, education levels, and whether they understood the charges against them.

"Welcome back to our YouTube channel, three days after murdering somebody," Guerrero said in the video. Giggling, Sierra Halseth responded, "Whoa, don't put that on camera."

Guerrero replied, "It was worth it," while jokingly choking Sierra Halseth.

Authorities found Daniel Halseth's body in his garage April 9. An autopsy report said he received more than 70 stab wounds and "mutilation," mostly on his head, neck and torso, according to the Las Vegas Review-Journal.

The Review-Journal also cited court documents saying Daniel Halseth's body was also "burned from head to toe" after being stuffed into a sleeping bag and set on fire.

By that time, Sierra Halseth and Guerrero had fled to Salt Lake City, according to prosecutors. The Review-Journal reported that surveillance video had captured the pair buying a circular saw, bleach, lighter fluid, and disposable gloves in Home Depot shortly before Daniel Halseth's murder.

Though Sierra Halseth is too young to receive a death penalty if she is convicted, prosecutors are weighing whether to seek it for Guerrero.

The judge scheduled the pair's trial for December. Their next court appearance will occur August 20.

Related Links
US woman killed her friend by having her drink eye drops, police say
French 13-year-old whose claim about her teacher triggered his beheading has admitted she lied
A woman was shot and killed while staging a kidnapping for a TikTok, reports say
Next on Business Insider
TAKE A LOOK | SA's first biophilic building coated with plants breaks ground in Cape Town