Whether you’re introverted, someone who experiences social anxiety, or you simply hate networking, meeting new people in a professional context can be intimidating. But believe it or not, making a successful connection through networking doesn’t have feel like work. Here, two experts highlight their best networking tips to help you survive — and thrive — at your next networking opportunity. “First, stop calling it networking, which has the word ‘work’ in it,” says Michelle Tillis Lederman, executive trainer and author of “The 11 Laws of Likability.” She came up with the term “relationship networking,” which she says encompasses the part of networking that is simply about having conversations and making friends.

“If we can start to reframe it in our own minds that way, it doesn’t feel so forced, Lederman said. “It won’t feel like work, because you’re just being you.”

2. Set yourself up for success 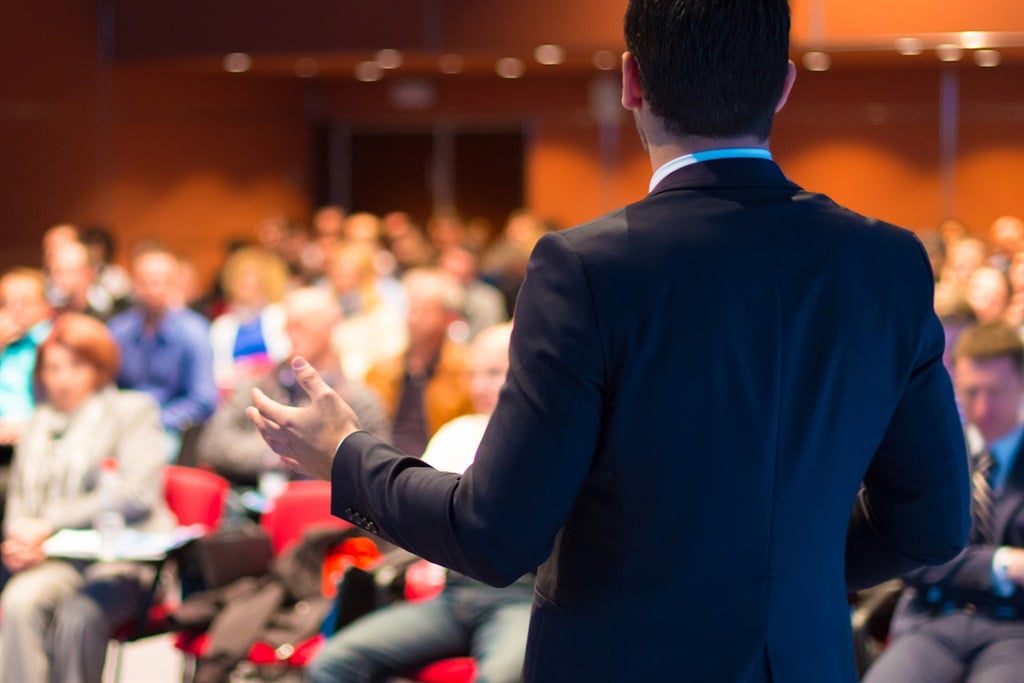 “Everyone has different locations where they thrive or survive,” says Vanessa Van Edwards, behavioural investigator and author of “Captivate.” While some people prefer a big open room, others do better in a learning scenario, such as a classroom or conference. Van Edwards suggests making a list of every place where you’re often asked to network, from a coffee shop or bar to post-meeting drinks or a client’s office. Then, split the list up into three columns: survive, neutral, and thrive. “Make sure you’re trying to only say yes to the ones that are either ‘neutral’ or ‘thrive.’ That way you’re setting yourself up right from the beginning to be more successful,” she says. 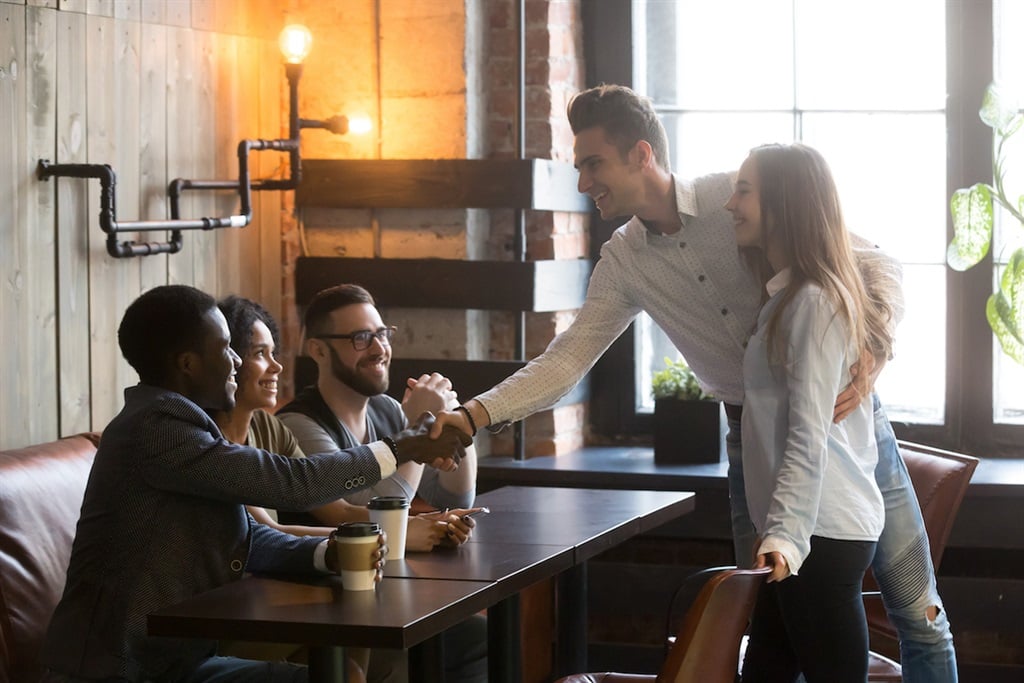 Bring a wingman or wingwoman who helps you be your best self, yet isn’t afraid to leave you alone. The best person for this job will show up at the same time as you so you can walk in together, get settled with you, and then help you divide and conquer, Van Edwards said. “Have a deal that if you meet someone interesting, you’re going to bring them over,” she added. According to Van Edwards, most networking events have the same basic setup. There’s a start zone where you check in, a social zone where you get drinks and talk to the host, and a side zone with a bathroom. People you might already be familiar with can usually be found between the social and side zones.

You want to avoid being near individuals you know, because then you won’t make new contacts. You also want to stay away from the bathrooms, as people will be on their way in or out. Especially if you have social anxiety, you should never start networking with someone in the start zone, explains Vanessa. “People are just getting into the room. They want to say hi to the hosts and get their drink. They’re surveying the room. You’re going to have low -quality interactions there because people are going to constantly be excusing themselves.”

The goal is to find the sweet spot, which she states is either in the eyeline of the host (so they can introduce you to others), or right where people exit the bar. “When they have their drink in their hand and they turn to face the room after exiting the bar, they are ready to mingle,” Van Edwards said. In her research at Science of People, Van Edwards has found that awkwardness tends to happen in aimless conversations. You’re not sure what to talk about and you don’t want to jump right in to the hard pitch, so you essentially end up meandering. “Eliminate awkwardness by eliminating aimlessness. Every conversation should have a purpose,” she said. The purpose isn’t to sell yourself, but to search for commonalities between yourself and the other person.

“I think the most amazing networking bonding moment is when someone says, ‘Oh yeah, me too,’ or ‘I feel the same way,’” says Van Edwards. With every interaction, the purpose should be to ask questions and listen for answers where there is a shared interest. “This is the ultimate definition of rapport,” says Van Edwards. 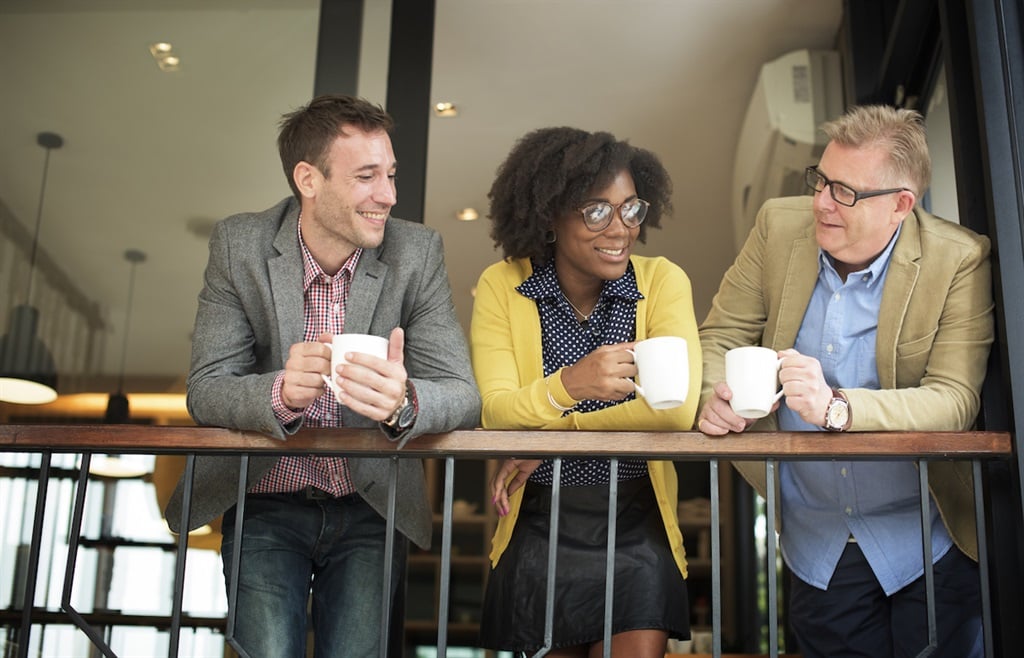 “Don’t network for now and for need — network for life. That’s what’s really going to have the payoff,” says Lederman. You should always be thinking about how you can add value to the other person, according to Lederman. They’re also going to see how they can add value to you, so it becomes a mutually beneficial, supportive relationship, she explained. Networking doesn't have to be awkward.
DGLimages/Shutterstock

It’s important to practice patience and allow relationships to grow with time, rather than forcing them to evolve too quickly. “Think about nurturing those friendships before you need them, because you enjoy them,” Lederman said. Then when you do need something, the relationship is pre-established and it’s much easier to go out and ask for support. Michelle also says that you should always be looking for an opportunity for the next point of contact. “Think about every conversation as just the first conversation, rather than the only conversation. It doesn’t have to all happen right then and there,” she said. Offer a way of extending the connection past this one interaction, and then follow through on your promise to reach back out to them.