DStv has recently been vocal in its unhappiness with the US online-streaming group Netflix, which entered South Africa in 2016.

Multichoice, which owns DStv, contends that Netflix has an unfair advantage, as it doesn’t face the same regulations as a licensed television player in SA.

In response, Netflix has been quiet - until now. 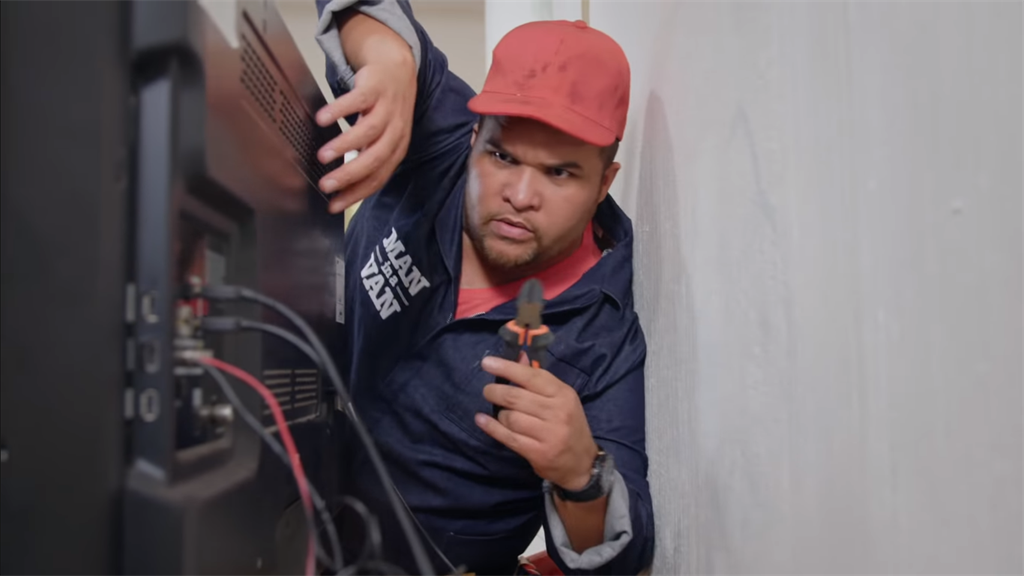 Comedian, David Goliath as a pay TV installation technician fiddling with cables. (Netflix SA)
The ad makes fun of an archaic installation process, which involves searching for the best place for a signal, long cables and having a separate 'premium' bouquet that comes in a box (later revealed to be empty). Pay TV installation technician offering to throw in a premium subscription that comes in a box, that turns out to be empty. (Netflix SA)
There is little doubt who the target is.

Another company will catch feelings here??????

There is a rich tradition of SA companies trolling each other through commercials:

Kulula launched a rebranding campaign for which they dubbed themselves a very "South African Airways". Kulula's 'the most South African airways' advert. (Youtube)
The national carrier was not too pleased and went as far as filing an urgent complaint with the Advertising Standards Authority.

Santam then fired back at Nando's with yet another Sir Ben Kingsely ad.

There are also plenty of international examples, including this ad - which was not released in circulation - from 2013.