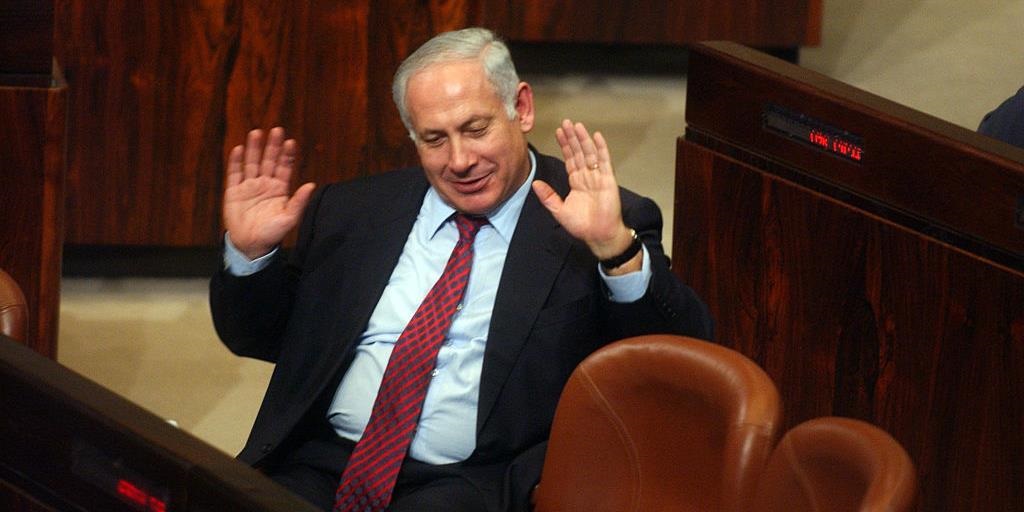 Israeli Prime Minister Benjamin Netanyahu reportedly shared a clip from the 2007 Hallmark mini-series "Pandemic" and claimed it as evidence that Iran is concealing its real coronavirus death toll and is dumping dead bodies into trash piles.

According to Axios reporter Barak Ravid, Netanyahu discussed the clip during a conference call with his Cabinet ministers on Monday night, claiming that it showed Iranian soldiers loading coronavirus victims into garbage trucks and disposing of them in a ditch.

Two ministers who were on the call told Ravid that Netanyahu claimed that his national security adviser, Meir Ben-Shabbat, had initially shown him the video. Netanyahu asked Ben-Shabbat to send the clip to other curious Cabinet members. According to the report, the video had been shared by Iranians on social media last week, though Netanyahu's advisers did not check its authenticity before passing it along.

According to Ravid, Netanyahu's office did not deny that report and said that the clip had been sent to three Cabinet ministers who were told that the clip's origin could not be confirmed.

The Prime Minister's Office did not immediately respond to Business Insider's request for comment.

The Hallmark mini-series premiered in 2007 and depicts the spread of a fictional flu pandemic that originates in Australia and eventually threatens Los Angeles. There is a scene in the dramatised series where a garbage truck filled with bodies dumps them into a ditch.

As of Thursday evening, Iran has reported 47,593 coronavirus cases and 3,036 deaths. The worldwide number of infections from Covid-19, the disease caused by the new coronavirus, has topped 719,000.

Iran previously blamed Israel and the US for spreading the virus in Iran and suggested that the countries were waging "biological warfare."

Satellite images from earlier this month indicated that Iran built mass graves in the city of Qom, suggesting that Iran is preparing for its death toll to increase significantly. Several high-ranking Iranian officials have also become sick or died from Covid-19.