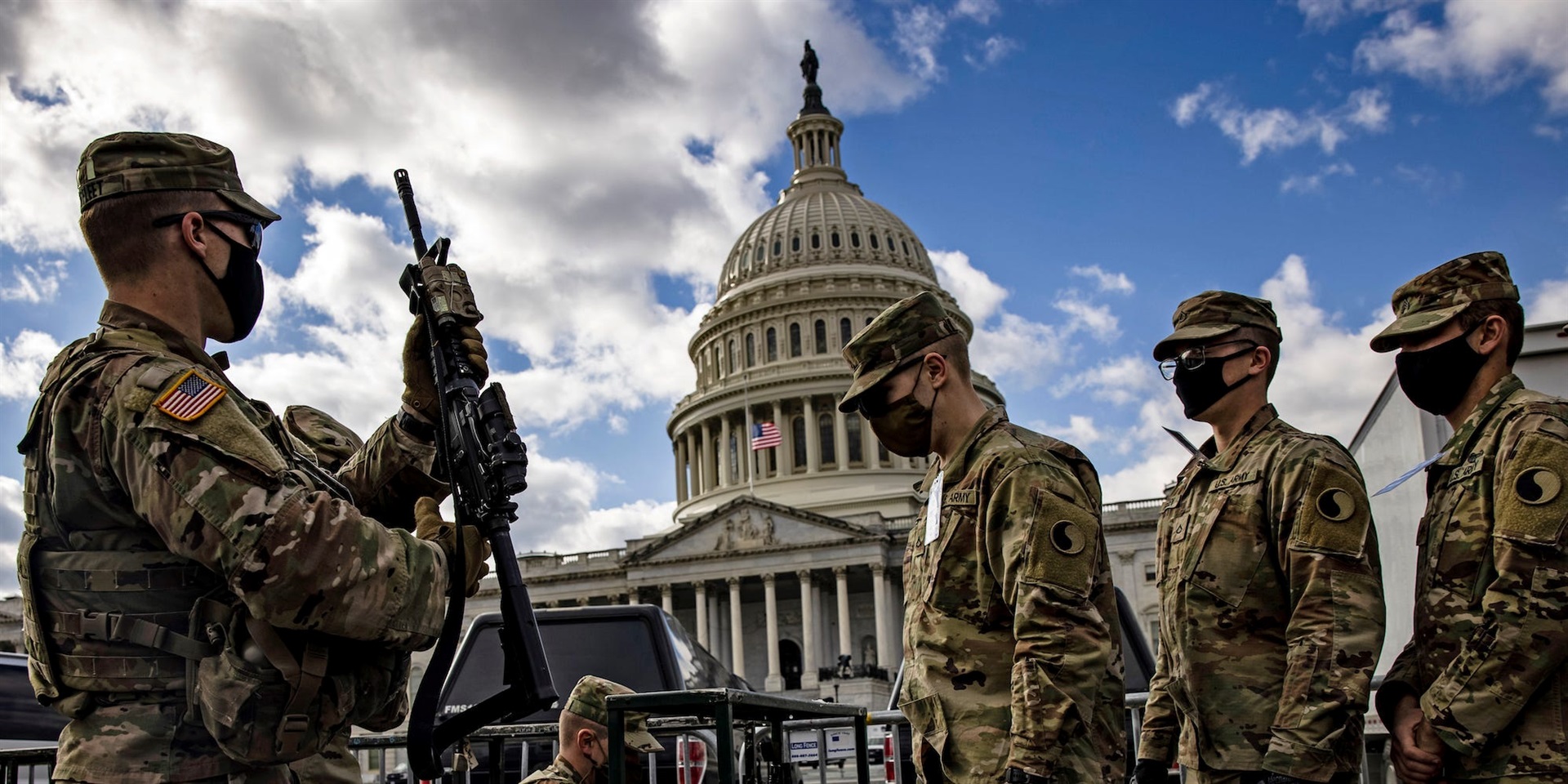 Virginia National Guard soldiers are issued their M4 rifles and live ammunition on the east front of the US Capitol on January 17, 2021.
Samuel Corum/Getty Images

National Guard troops are getting training on how to screen their colleagues in a bid to identify any insider threats to President-elect Joe Biden's inauguration.

As Insider's Julie Gerstein reported, the National Guard has increased its vetting of its troops in order to weed out potential threats ahead of Biden's inauguration on Wednesday.

Army Secretary Ryan McCarthy also told the Associated Press that members are being trained to identify if any other members pose such a threat.

He said that he and other leaders had not yet identified or seen evidence of any threats within the ranks.

National Guard spokesperson Major Matt Murphy, USAF, told Insider that the National Guard is also conducting additional training for members, so "that if they see or hear something that is not appropriate, they should report it to their chain of command."

Experts told the AP that the process would likely involve the FBI running peoples' names through databases and watch lists.

The heightened screening comes as some 25,000 National Guard members arrive in Washington, DC, for Biden's inauguration. The number of around two and a half times more than what the city typically expects for a presidential inauguration, the AP reported. A humvee is parked within the fencing that surrounds the Capitol.
Andrew Lichtenstein/Insider

The heightened security comes after supporters of President Donald Trump stormed the US Capitol on January 6 as Congress was voting to confirm Biden's election victory, resulting in at least five deaths.

Some law-enforcement members were arrested after the riot, including Jacob Fracker, a corporal in the Virginia National Guard.

Gen. Daniel R. Hokanson, the chief of the National Guard Bureau, told the AP: "If there's any indication that any of our soldiers or airmen are expressing things that are extremist views, it's either handed over to law enforcement or dealt with the chain of command immediately."

Thousands of National Guard members have been in the city since the January 6 insurrection, with many sleeping on the floor of the Capitol to protect lawmakers. Unprecedented security measures have been put in place in Washington after the riot.

The Capitol has been surrounded by non-scaleable fences and barbed wire, and streets in the city have been shut.