Astronauts, stand aside: NASA is booting up a program to fly other types of employees, primarily scientists, in vehicles that can touch the edge of space.

The US agency on Tuesday announced the creation of Suborbital Crew, or SubC, as the new office is called. It's an offshoot of NASA's existing Commercial Crew Program - the effort that, in May, launched astronauts Bob Behnken and Doug Hurley to the International Space Station (ISS) aboard SpaceX's new Crew Dragon spaceship.

Though SubC is in a nascent phase with no concrete timeline, it's a significant new effort by NASA to expand its push to commercialise space travel and be "one of many customers," as NASA administrator Jim Bridenstine often says, in order to increase options, lower cost, and foster private industry in orbit.

Practically, that means private astronauts will be flying alongside bonafide NASA astronauts to the ISS, and aboard commercially owned and operated spaceships. To that end, NASA on Monday announced a public-private partnership with Virgin Galactic to help book, supply, and train private astronauts headed to low-Earth orbit some 250 miles (402km) above the planet. But NASA's new announcement seeks to take advantage of lower-flying capabilities created by companies like Richard Branson's Virgin Galactic and Blue Origin, founded by Jeff Bezos. Both outfits aim to rocket passengers to suborbital space - unofficially, about 62 miles (99km) in altitude - and back to a safe landing. Such flights would provide several minutes of weightlessness and stunning views of Earth and the stars.

In NASA's view, they'd also provide an opportunity to fly experiments that need a person to tend to them, as well as opportunities to acclimate astronauts to the rigors of spaceflight.

"For the first time in the agency's history, NASA has initiated a new effort to enable NASA personnel to fly on future commercial suborbital spaceflights," the agency said in a release that announced SubC on Tuesday.

NASA has tapped Scott Colloredo, the now-former deputy director of the agency's engineering directorate at Kennedy Space Center, to head the new office. In a call with reporters on Tuesday, Colloredo said SubC's creation was sparked by the progress with Virgin Galactic and Blue Origin - and a fertile opportunity to influence their operation.

"I would say those are the the main ones that have ... driven us to say that we could be close to a viable capability here," he said. "They're actually flying. It's a big difference between what we used to call a 'PowerPoint program.' ... These are real providers that are maturing."

NASA is currently seeking information through August 7 from companies that might participate in the program and seek approval from NASA to fly its people and payloads on suborbital missions.

"We've seen how industry can develop innovative crew transportation systems that meet NASA's safety requirements and standards," Kathy Lueders, the new chief of NASA's Human Spaceflight Office, said in the release. "Now we'll be looking at a new way of enabling NASA personnel to fly on commercial suborbital space systems by considering factors such as flight experience and flight history."

The program may also help set the NASA-level bar for how spaceflight companies approach their missions: One of SubC's early goals is to work with the Federal Aviation Administration "to define the approach for system qualification for NASA personnel, as well as identify the specific performance capabilities NASA desires." Beth Moses, Virgin Galactic's chief astronaut instructor, takes in a view of Earth while weightless on the company's Feb. 22, 2019 test flight of SpaceShipTwo "Unity" to the edge of space.
Virgin Galactic

George Whitesides, the CEO of Virgin Galactic - an obvious candidate to provide NASA seats or entire chartered flights to suborbital space - applauded the formation of SubC.

"We are excited to see NASA advancing their plans to fly agency astronauts and researchers on commercial suborbital spacecraft. Across a range of programs and destinations, NASA is catalyzing innovation and leading the way toward a positive future in space," Whitesides said in a statement emailed to Business Insider. "This comes on the heels of our Space Act agreement with NASA this week about training private astronauts for ISS missions."

He added: "Public-private partnerships are a key to opening space for good, and we're inspired for the future of human space exploration."

Blue Origin is another leading choice, since the company is working toward its first crewed suborbital flights with a reusable rocket-and-capsule system called New Shepard.

However, Colloredo said NASA is open to being influenced by more outside-the-box ideas that companies have, including missions that aren't on suborbital rocket ships. 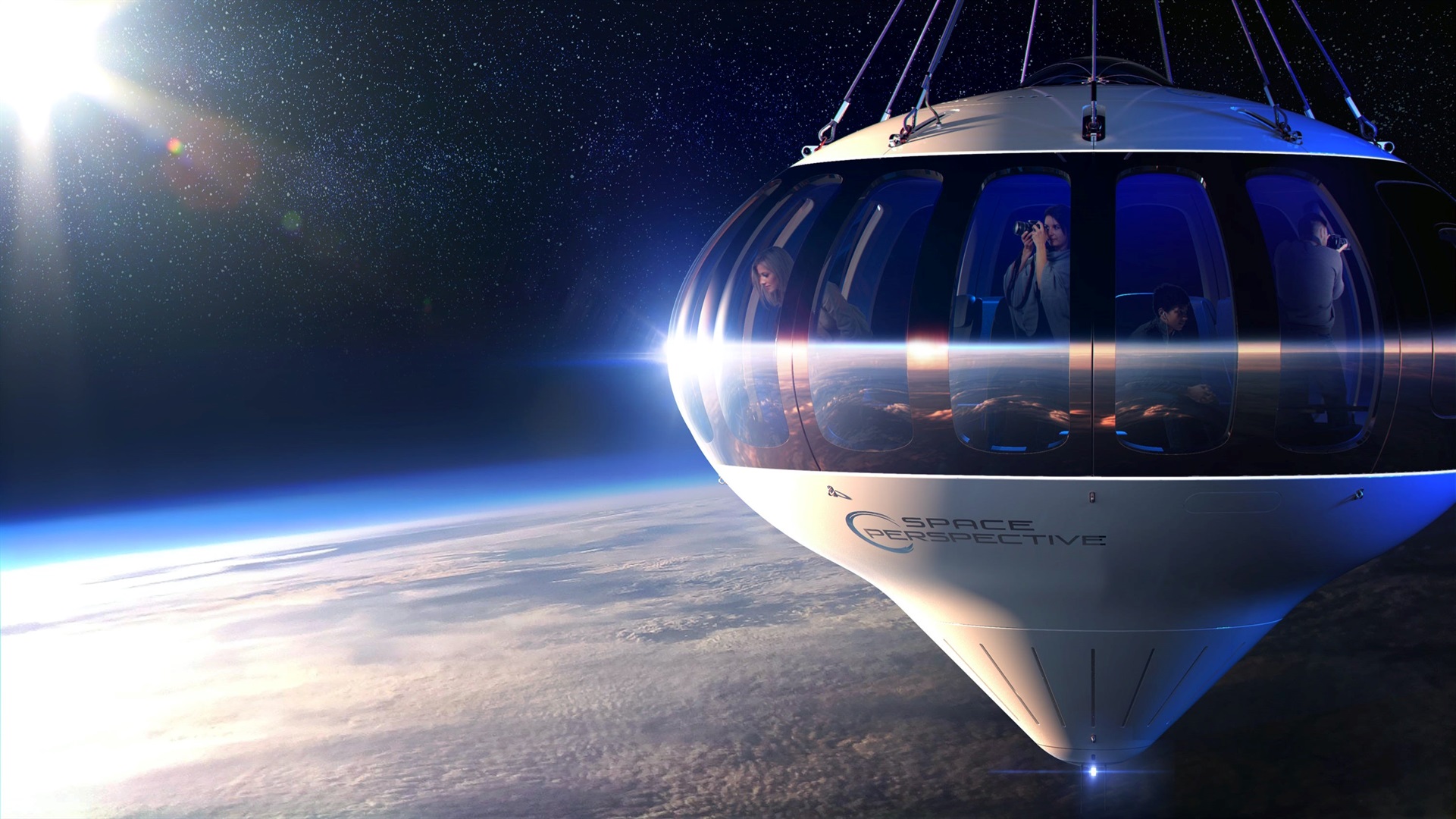 An illustration of Space Perspective's planned crew capsule, the Neptune, dangling from the end of a stratospheric balloon with eight passengers and a pilot inside.
Space Perspective

When asked about Space Perspective, for example - a newly formed company that aims to balloon a capsule called Spaceship Neptune about 20 miles (32km) into the stratosphere, where space-like conditions are present - Colloredo said NASA has been monitoring the founders' progress and wants to hear from them.

"We are focused more on suborbital, [which is] beyond that capability. But I think we're also very interested in redrawing that box," Colloredo said. "We really want to hear what industry has to tell us."

Jane Poynter, a co-founder and co-CEO of Space Perspective, said the company plans to provide input.

"This is a big step for NASA to enable its astronauts and researchers to fly on commercial suborbital vehicles," she told Business Insider in an email. "We look forward to working with NASA and the FAA on the process for qualifying Spaceship Neptune for NASA personnel."