NASA astronauts Bob Behnken (left) and Doug Hurley wear their spacesuits during a dress rehearsal on May 23, 2020, ahead of NASA’s SpaceX Demo-2 mission to the International Space Station.
SpaceX via Twitter

SpaceX is about to launch its first people to orbit and, in the process, resurrect human spaceflight from America.

Though SpaceX's flight is experimental, the two astronauts slated to pilot it say they accept the risks and are ready to fly.

The rocket company, founded by Elon Musk in 2002, has worked for nearly a decade with NASA to design, build, and fly a new seven-seat spaceship called Crew Dragon. NASA's hope with more than $3.1 billion (R54 billion) effort is to once again launch astronauts from US soil - an ability the agency lost in July 2011 when it retired its last space shuttle.

NASA picked seasoned astronauts Bob Behnken and Doug Hurley to pilot the mission, called Demo-2. If all goes according to plan, the duo should lift off atop a Falcon 9 rocket at 4:33 p.m. ET on Wednesday, May 27 from Kennedy Space Center, Florida. The crew would then fly to the International Space Station (ISS), dock with the football field-size laboratory, and stay for up to 110 days before returning to Earth inside Crew Dragon.

But as NASA, SpaceX, and the astronauts themselves have made abundantly clear, Demo-2 is not only an experimental crewed test flight but the first of a brand-new spaceship in nearly 40 years.

"We're going to stay hungry until Bob and Doug come home," Kathy Lueders, who manages the Commercial Crew Program for NASA, said during a press briefing on Friday. "Our teams are scouring and thinking of every single risk that's out there, and we've worked our butt off to buy down the ones we know of, and we'll continue to look - and continue to buy them down - until we bring them home."

On Saturday, NASA told Business Insider just how risky it currently believes the flight will be, sharing two key risk estimates that the crew's mission would fail or that they'd be killed.

The odds of mission failure is about 4.5 times higher than the odds of crew death 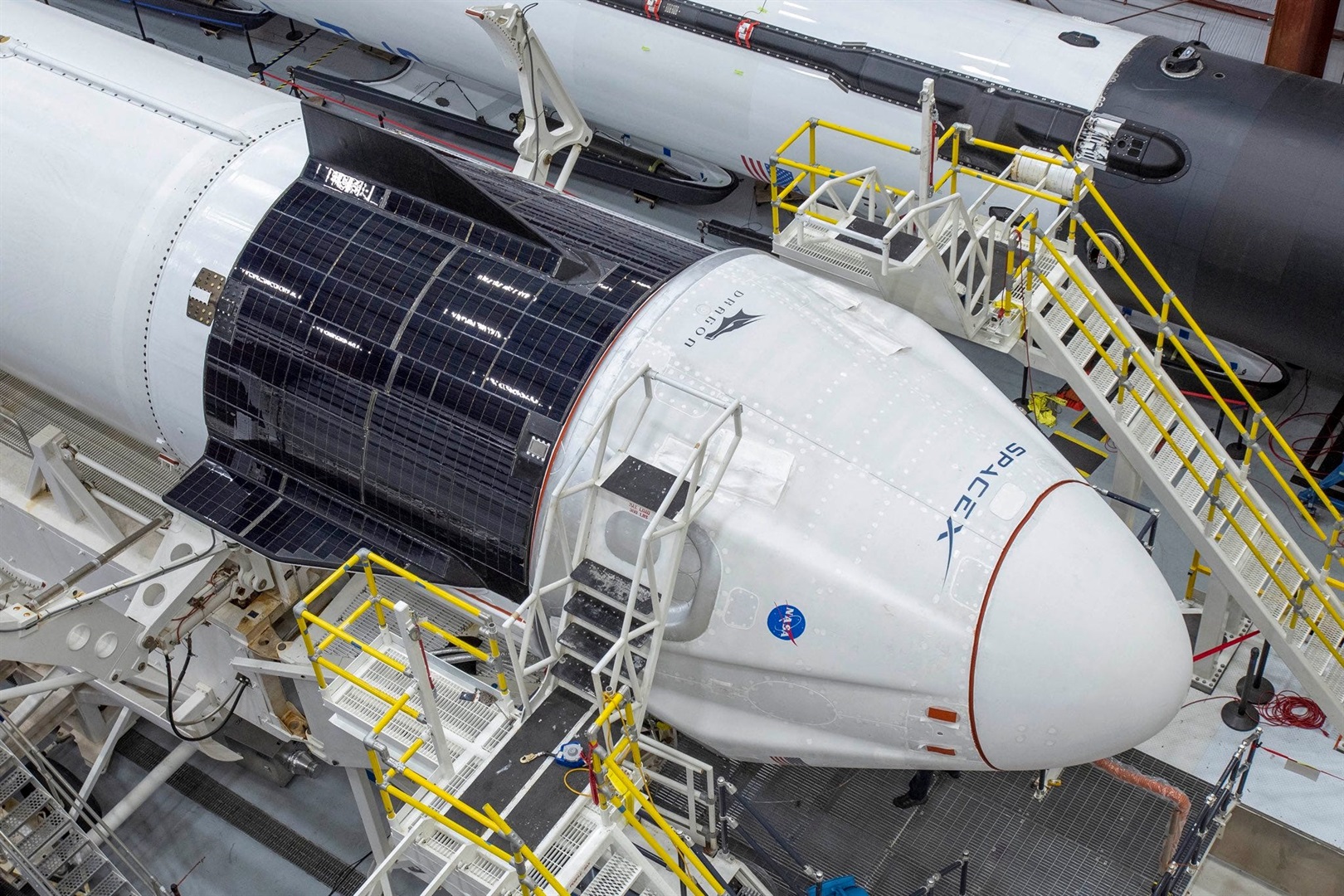 SpaceX's Crew Dragon spacecraft integrated with a Falcon 9 rocket in a hangar at Kennedy Space Center's Launch Complex 39A on May 20, 2020. The vehicle is scheduled to launch NASA astronauts Bob Behnken and Doug Hurley on May 27.
SpaceX via Twitter

NASA's Commercial Crew Program requires providers like SpaceX and Boeing, which is also developing a new spaceship (called the CST-100 Starliner), to meet a raft of safety requirements before flying any astronauts.

Among that checklist, loss-of-crew (LOC) and loss-of-mission (LOM) stand out.

LOC is the chance the crew might die in a phase of the mission. Historically, NASA's space shuttle had a LOC of about 1 in 68: The program launched 135 missions, but two (Challenger in 1986 and Columbia in 2003) ended in tragedy, killing seven astronauts a piece.

LOM is the chance a mission might go awry - as Boeing's Starliner spaceship did during an uncrewed test flight in December (software errors were to blame) - but not leave the crew dead. The risk to the crew is 4.5 times lower than the risk to the mission. This is in part due to SpaceX's work on its emergency abort system, which in January proved it can fly the Crew Dragon spaceship to safety and away from a doomed Falcon 9 rocket. But SpaceX has also worked to limit the risk that space junk, asteroid and comet dust, and other debris might jeopardise a mission, both through additional spacecraft shielding work and a process to photograph the ship before it departs the ISS.

"You're flying at high speed in space and there are micrometeorites and debris out there. That's what we worry about the most, frankly," Leroy Chiao, a former NASA astronaut who launched to space four times, told Business Insider. "That's why all spacecraft have shielding, but of course if you get a big enough hit, the shields are not going to protect you."

That's why NASA, following a two-day safety review on Friday, indicated Crew Dragon was well on its way toward earning full approval to fly astronauts and private passengers after Demo-2.

'We're really comfortable with it' NASA astronaut Douglas Hurley rehearses putting on his SpaceX spacesuit in the Astronaut Crew Quarters inside the Neil A. Armstrong Operations and Checkout Building at the agency’s Kennedy Space Center in Florida on May 23, 2020, during a full dress rehearsal ahead of NASA’s SpaceX Demo-2 mission to the International Space Station.
Kim Shiflett/NASA

For their part, Behnken and Hurley have accepted the risk calculated by NASA and SpaceX.

"I think we're really comfortable with it," Behnken told Business Insider just after the safety review for Demo-2 finished on Friday.

Behnken added that, by he and Hurley working with SpaceX on Crew Dragon for roughly five years, they've gained more insight into the ways the mission could fail "than any crew has in recent history, just in terms of understanding the different scenarios that are at play."

The astronauts also pointed out that LOC and LOM numbers are more like tools to track safety improvements during a development program rather than ultimate checkboxes.

"Whenever we hear those numbers, we dig a little bit deeper than just what the overall statistics might imply," Behnken said. "Those numbers are best used as you kind of compare different ways of doing things or hardware changes that you might pursue."

Lueders told Air & Space Magazine in 2018 that improving the numbers requires tradeoffs: "You can say, 'Yes I would love to have tons of MMOD shielding' [protection against micrometeoroids and orbital debris], but if that makes the vehicle so heavy I have to add another booster, well guess what? Adding another booster adds more risk too."

Chiao said pushing too hard for safer numbers can cause a spaceflight program to spiral into never launching at all.

"What's the right balance?" Chiao said. "You can make your vehicle virtually impossible to build and operate, but on the other hand, you don't want to be cavalier about things."

Both LOC and LOM are modeled via computers that, whenever possible, lean on real flight data. For example, SpaceX has launched its latest Falcon 9 rocket dozens of times, generating measurements that can be fed into simulations. SpaceX has also completed a full (though uncrewed) test flight of its new Crew Dragon vehicle, and about 20 flights of its Cargo Dragon, too.

"Its evolution has become more and more safe as it's been operated, and that's something that we really do appreciate," Behnken said. "It's just remarkable to see all the other missions that have contributed to the human spaceflight program by, in some sense, being a test mission for us before we had the chance to fly on the Falcon 9."