NASA once envisioned life after Earth in these fantastical floating cities This past Sunday, July 29, 2018, marked the 60th anniversary of NASA's establishment as a US government agency, when President Dwight D. Eisenhower signed the 1958 National Aeronautics and Space Act, its founding legislation. Nearly two decades later, NASA was already envisioning what post-Earth communities in space could look like.

In the 1970s, physicists from Princeton University, the NASA Ames Research Centre, and Stanford University created fantastical illustrations of massive orbiting cities for life after Earth. The scientists imagined a worse-case scenario in which our planet would be destroyed, and humankind would move to space.Take a look at these designs, unearthed by The Public Domain Review.

In the '70s, the scientists expected that people could travel to the first space colony by 2060. They designed three types that would orbit the sun. The first design is this doughnut-shaped spaceship that would house about 10,000 people. The city would be full of homes, shrubbery, and sidewalks. A river would flow through the centre of the 800 metre-wide ship. Residents would be able to gaze at floating space shuttles, clunky droids, and other gizmos. The second type of space city would be this funky ship that also fits 10,000 people. A radio tower at the top would allow the spaceship to talk with other colonies. It would include areas for farms, like these multi-floored tubes for cows and chickens: Like the first design, this colony would look a lot like Earth, save for the metallic engine in the centre ... Plus, everyone would live in zero-gravity. 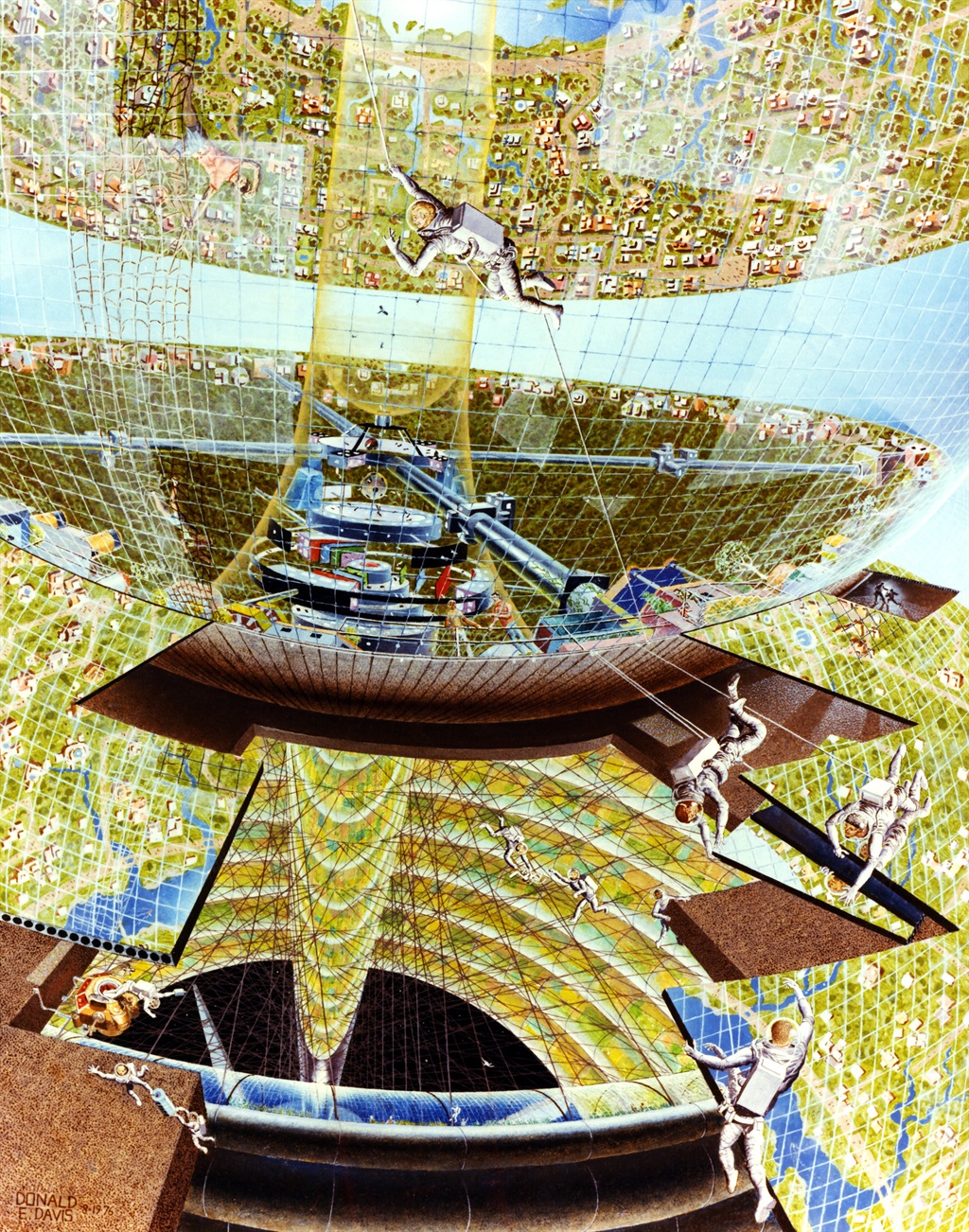 The final cylinder-shaped design would hold up to a million people. Unaffected by climate change and pollution, pure water and bright green forests would stretch across the new colony. It would enjoy unlimited solar power, too. In this spaceship, its inhabitants could see solar eclipses from above ... ... or watch as the colony revolves around other planets. Back in the 1970s, NASA estimated that 10 trillion people could eventually live in millions of these space cities. Related Links
More than a million space rocks could strike Earth with more energy than a nuclear bomb, and we...
NASA astronauts must sculpt freakishly strong arms to work in space — here's how former space...
An astounding image of the massive black hole at the centre of our galaxy, courtesy of Africa's...
Next on Business Insider
Joburg’s pothole app got 28,000 reports, and the partnership behind it is fixing 100,000 a year