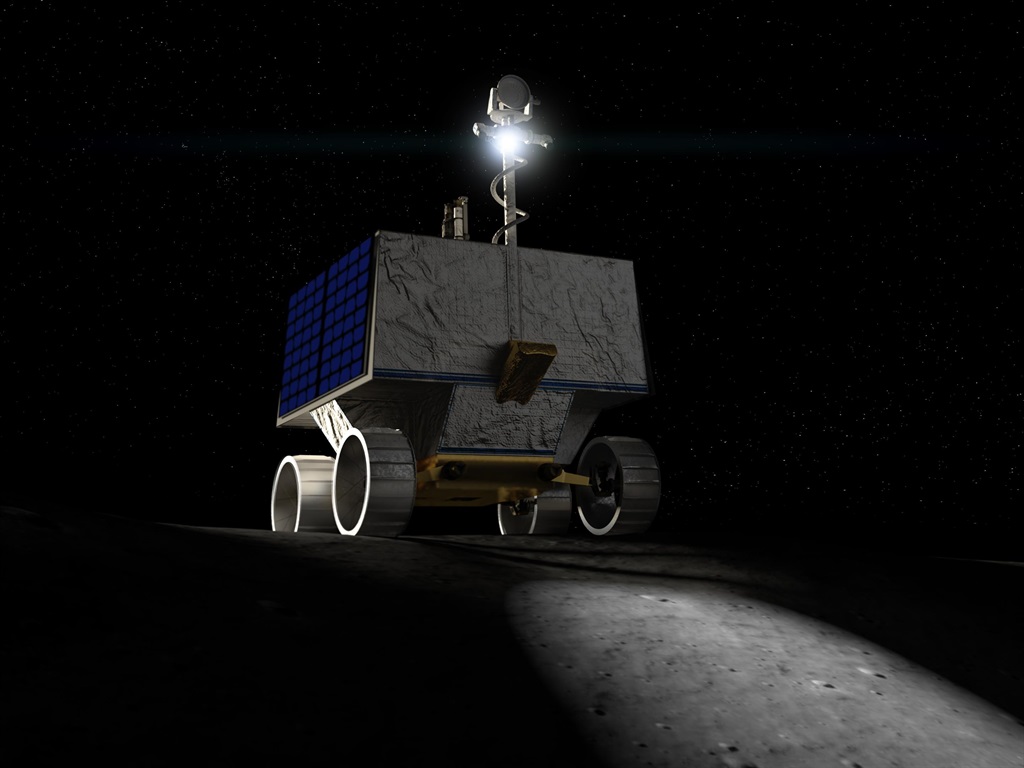 If successful, the machine will be the first to ever land on the moon's south pole without crashing. It will map the area's water ice for the first time - information that will be crucial to future astronauts making extended visits to the moon. It will also use a 1-meter drill to collect data on different kinds of lunar soil.

The golf cart-size robot is called the Volatiles Investigating Polar Exploration Rover, or VIPER. It's scheduled to land in December 2022 and spend about 100 days collecting data. NASA plans to use it to build the first global water resource maps of the moon.

In its Artemis program, the agency has promised to send astronauts to the lunar south pole in 2024 and, eventually, build a permanent moon base. Astronauts living there will likely need to harvest water ice from the area so they can break it down into oxygen (for breathing) and hydrogen (for fuel).

"It's incredibly exciting to have a rover going to the new and unique environment of the South Pole to discover where exactly we can harvest that water," Anthony Colaprete, a scientist working on the rover, said in a press release. "VIPER will tell us which locations have the highest concentrations and how deep below the surface to go to get access to water." An engineering model of VIPER created to evaluate the rover’s mobility system. Testing involves evaluating performance of the rover as it drives over various slopes, textures and soils that simulate the lunar environment.
NASA/Johnson Space Center

Landing a rover on the moon is a fraught and complicated endeavour. In early September, India's first ever attempt at a soft landing on the lunar south pole ended in a crash. Moon landers must successfully carry out a series of complex commands with little room for failure, while contending with the moon's wonky gravity, uneven terrain, and pesky dust.

Still, harvesting the moon's water is a must if NASA wants to set up base there and springboard to Mars. Astronauts traveling to Mars would need to make their jet fuel on the moon.

The lunar south pole remains a mysterious place, but we know it has ice. "Since the confirmation of lunar water-ice ten years ago, the question now is if the Moon could really contain the amount of resources we need to live off-world," Daniel Andrews, the new mission's project manger, said in the release. "This rover will help us answer the many questions we have about where the water is, and how much there is for us to use."

Related Links
The ocean on Saturn's moon Enceladus contains the building blocks of life, NASA data reveals
A giant elevator could connect Earth to space using current technology, experts say — here's how...
Lakes of methane on Saturn's moon Titan may be the craters of giant explosions, a new study shows
Next on Business Insider
Pentagon hung Ukrainian flag upside down during virtual meeting with the country's military leaders