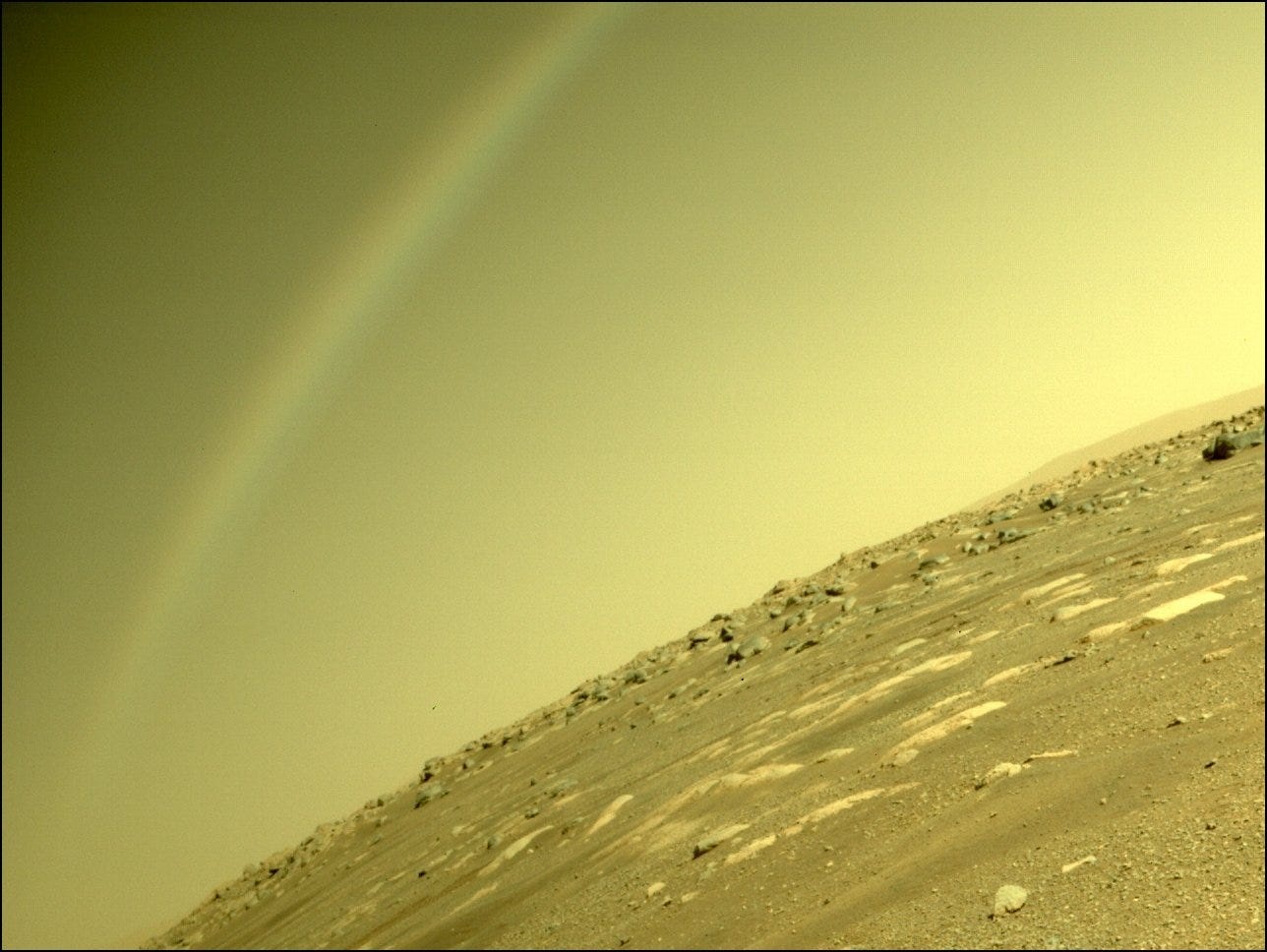 NASA released a photo of what looks like a rainbow on Mars - but said it actually just shows a lens flare.

"Many have asked: Is that a rainbow on Mars?" NASA's Perseverance Mars Rover tweeted on Tuesday.

"Rainbows aren't possible here. Rainbows are created by light reflected off of round water droplets, but there isn't enough water here to condense, and it's too cold for liquid water in the atmosphere."

"This arc is a lens flare."

A lens flare is when light is scattered in a camera lens system - the same phenomenon that makes sun look like it has lines coming out of it in lots of photographs.

The Perseverance rover did its first drive on Mars in March.