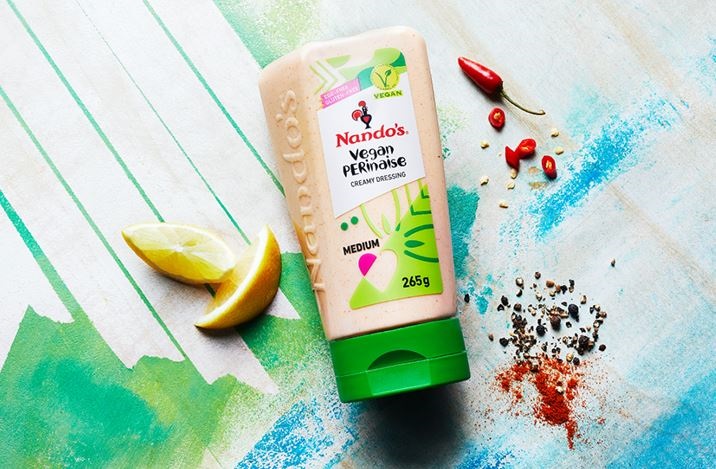 Nando's has launched its first vegan product, the Vegan PERinaise and it looks and tastes like its original nonvegan counterpart.

The vegan offering can be used as a dip for chips, tortillas and crisps, or to give a creamy bite to sandwiches and salads – or alone on a spoon. 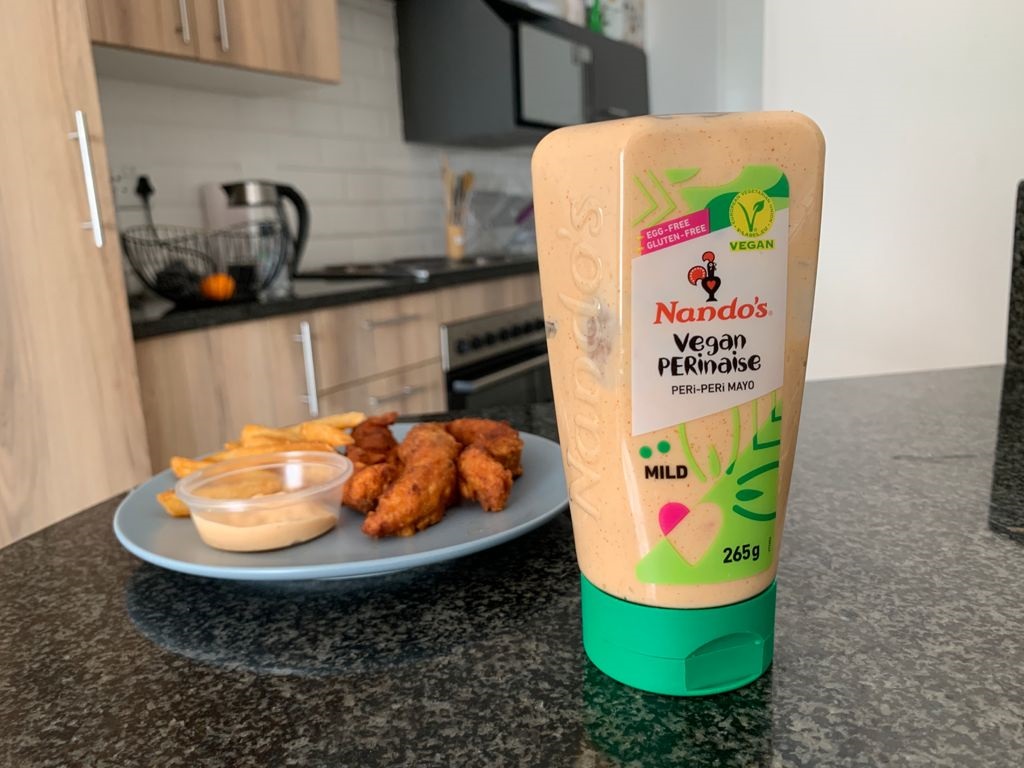 It has all the ingredients found in the nonvegan mayo, except the egg and gluten. Instead, the egg has been replaced with potatoes, according to Nando's grocery division marketing manager Vanessa Nunes.

"Our great-tasting smooth and creamy PERinaise has always been a hit with South Africans," said Nunes.

"There is no reason we couldn't make the circle bigger to include our vegan friends in the mix. We are proud to say this is a most delicious, completely plant-based addition to the PERinaise range with all the flavour," she added.

The product, which first launched in the UK and now is to grace the shelves of South African retailers as of this month, comes in the mild flavour only. It joins the fast-food joint's PERinaise range which includes the Medium, Hot, Lite, and Garlic alternatives, and will be sold for R39.99 for a 265g bottle.

According to Nunes, vegan flavours won't be limited for long. "Our biggest objective in our business is to build a flavoured mayo category, not just the flavoured mayo versus the tangy, like [other brands]… we're looking to play more in the garlic, BBQ kind of flavourings.

"That's where our innovation is gonna go… so that the vegan community can enjoy more flavours," Nunes added.

We tried it and here's what we think:

At first glance the vegan mayo looks exactly like any of the Nando's PERinaise sauces. It has typical thick and creamy texture like mayonnaise should, but not as thick as its garlic nonvegan counterpart.

We first tasted the mayo alone and its creamy texture gave all that a tangy mayo is supposed to give. We waited to see if it would have a weird after taste but it did not. It looks right, feel right, and tastes perfect.

"It tastes delicious," said one of our tasters. "It's like I’m eating the real thing."

After tasting the garlic PERinaise, the taster said, "They both taste the same, only difference is that the garlic one is a bit spicier than the other," she added. After having the vegan on its own, we tried it with chicken strips – and it was just as great! Our other taster enjoyed it so much so that she had nothing to say but gave it a Chef's kiss.

Out of 10, the vegan offering gets a solid seven, simply because it's not as thick as we expected and not as flavourful as the garlic one. A little bit more spice will go a long way!

Related Links
How an ex-Nando's franchisee grew a small Mbombela chicken shop to 160 franchised stores
We tried Nando's new portable Prego chicken roll, and it lived up to the 'get-full-quick scheme'...
We tried the new KFC pizza at Pizza Hut – and were left with more questions than answers
Next on Business Insider
Sweden and Finland advance to final stage of joining NATO in response to Russia invading Ukraine