Tenders to the value of R8.3 billion will be issued in coming months to start construction on the N3 upgrade project between Durban and Pietermaritzburg, the South African National Roads Agency Limited (Sanral) said.

In total, more than R28 billion will be allocated to upgrade parts of both the N2 and N3 freeways in coming months. This will include the construction of four or five lanes in each direction, and the reconfiguration of major interchanges in parts of the highways.

The N2 upgrade will focus on a 55km length of road from Lovu River, on the South Coast, to Umdloti, on the North Coast.

The N3 upgrade will focus on an 80km section from Durban to Pietermaritzburg. Sanral said several initiatives will be undertaken during the construction to improve the freeways’ usability, and safety, which include:

Sanral said the roads will also be designed to be aesthetically pleasing to last for decades into the future.

The redesigned EB Cloete Interchange near Durban where the N2 and N3 cross each other is an example of this. It will also feature a cable suspended bridge from an arch. It is expected to create over 15,000 jobs over the five to eight years it will take to construct, depending on funding availability. 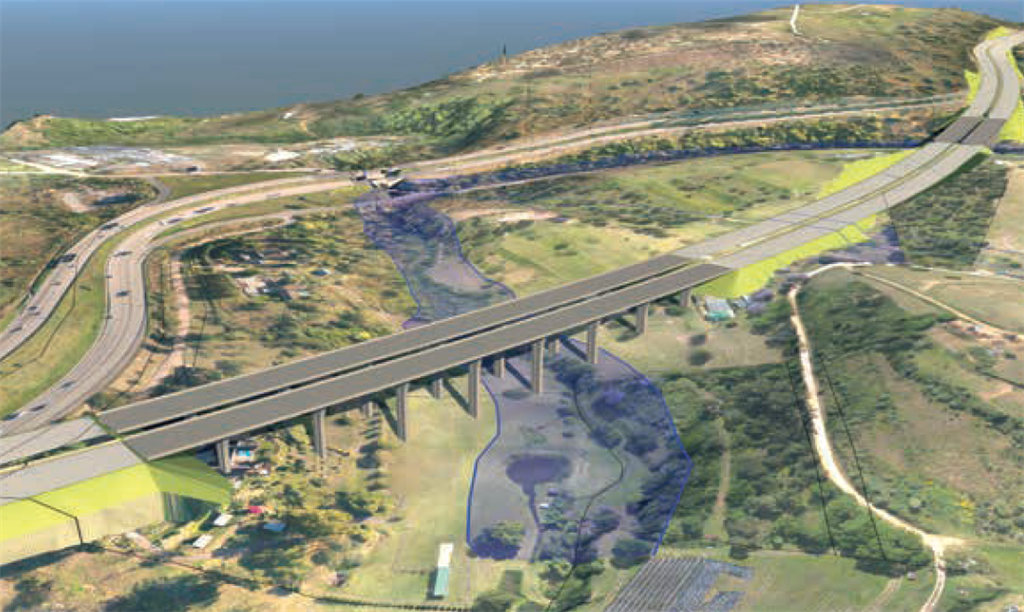 He said it is part of a project to strengthen the logistics and transport corridor between South Africa’s main industrial hubs in Durban and Gauteng.

It will also improve access to Durban’s export and import facilities.

In total, Sanral will issue tenders worth more than R40 billion to the construction sector over the next two to three years.

“We expect a surge in road construction projects over the medium-term framework as part of the broader national efforts to invest in economic infrastructure,” Kannemeyer said.

“We are confident that this investment will help to boost the construction sector which has been under severe pressure in recent years, and also cascade down to black-owned and emerging enterprises who will receive much larger shares of tenders in future.”