While his brother, Elon, dreams up moonshot projects like colonising Mars and building a tunnel for autonomous vehicles, Kimbal Musk's thoughts are rooted in a much more immediate crisis: the global food shortage.

Though he's on the board of both Tesla and SpaceX, he'd prefer to talk about Square Roots, the urban farming startup that he co-founded with friend and entrepreneur Tobias Peggs.

Since 2016, Square Roots has been delivering fresh herbs to retail stores across New York City. Its produce will soon be available across North America through a partnership with Gordon Food Service, a major food distributor that works with 175 retail locations in the US. The company plans to build Square Roots' indoor farms near its distribution centers and retail stores before selling the year-round produce to customers.

One of the advantages of indoor farms is that they can control climate conditions to reduce the risk of contamination in the water or air.

Square Roots is taking this a step further by offering customers some peace of mind about how, when, and where their food is being grown - adding in the kind of transparency that could one day prevent incidences like November's romaine E. coli outbreak, which resulted in more than 50 reported illnesses across 19 states.

By scanning a QR code on the back of an herb, customers can learn the name of the Square Roots farmer who grew it, and exactly when the growing process started.

The new scanning system makes Square Roots an industry standout, even among the numerous vertical farms popping up across the nation.

Square Roots is headquartered in Brooklyn, but its non-GMO, pesticide-free herbs are also sold in Manhattan and Queens. The company is more than just a collection of indoor farms. Square Roots pioneered a training programme that walks young entrepreneurs through every step of the indoor farming process, from planting seeds to selling crops. In an interview with Business Insider, Musk said he expects a growing number of young Americans to join him in the local farming movement.

Peggs said Square Roots plans to have one of its farms in every city in America, before going global. Even on a rainy day, visitors crowded around the steel shipping-containers that house Square Roots' produce. Each shipping container has its own programmable climate, which is controlled by Square Roots farmers.

Business Insider was given a peek at the herbs being harvested inside. LED lights illuminate the crops, but they don't run 24-7 like some other vertical farms. Peggs said operating the farm is intuitive, like using an iPhone. "You press a few buttons and it's magic," he said. The company's software allows farmers to monitor the growth process, adjust temperature conditions, and conserve resources in real time.

Square Roots has access to historical records that can tell it when and where the best crops were grown. 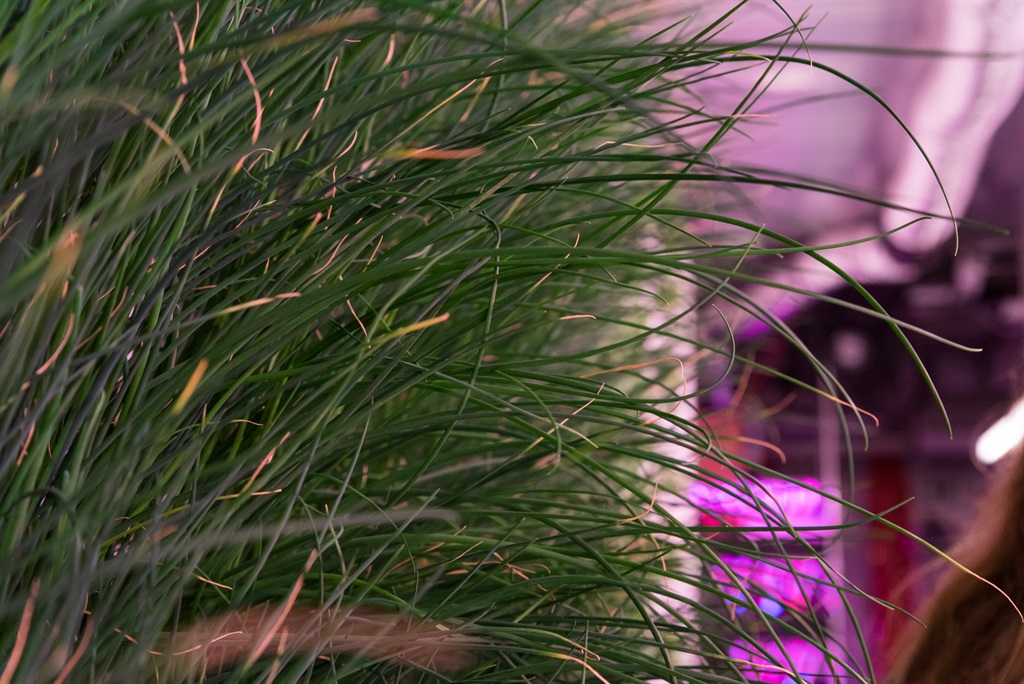 If you tasted the basil in Northern Italy in 2006, the company can research and replicate the temperature conditions to give you a similar product.

Peggs said the average apple takes nine months to get through the food system. The typical storage time for lettuce is around one to four weeks, but certain produce can be stored for up to a year.

To keep an apple from rotting, distributors often coat it in wax or treat it with a pesticide-active ingredient that slows down the growing process. In those instances, Peggs said, consumers think they're making a healthy choice, when "you're actually just eating a waxy ball of sugar."

Like apples (which are not offered by Square Roots) herbs begin to lose their nutrients if they're stored for too long. The company delivers its herbs to retail stores within 24 hours of harvest, which is critical to keeping them fresh. Square Roots let us try their freshly-grown chives, which were some of the yummiest we've ever tasted. The scanning system gives a detailed timeline of the crop from seed to shelf. That may sound like simple information, but food labeling laws in the United States are notoriously lax. It was only after the latest E. coli outbreak that the Food and Drug Administration finally asked producers to label romaine with a harvest date and region of origin.

All you have to do is point your iOS camera at the bar code on the back of the package. 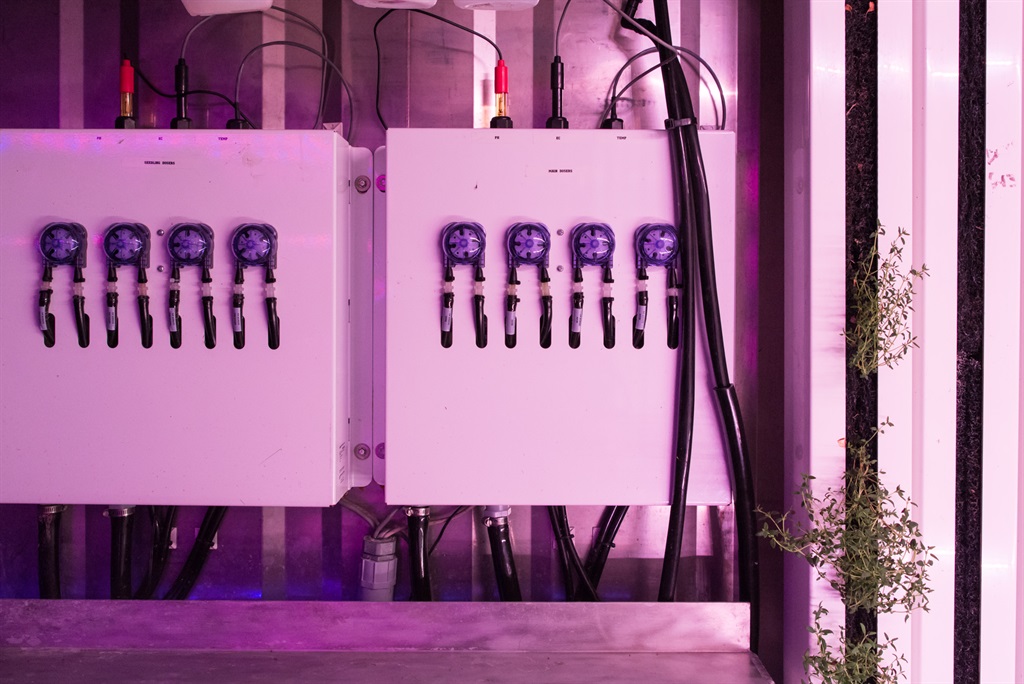 From there, you'll gain access to more than just data. The timeline offers links to learn more about the farmers and their growing techniques.

"At the heart of everything we do are the farmers," Peggs said. "You have to love the arugula to make it grow better."