Michael B. Jordan worked hard to get in shape for "Black Panther."
Marvel

Actors who play superheroes often have to get into incredible shape to perform gruelling on-screen stunts. But how do they get in this tip-top shape? From strict diets to hours of gym time to personal trainers, these actors were incredibly dedicated to looking like the superheroes they portrayed.

Here are nine muscle-building tips from actors who got ripped to play superheroes. As Cable, 50-year-old Josh Brolin gave Ryan Reynolds a run for his money in "Deadpool 2." The actor proved that age is but a number when it comes to physical fitness and got absolutely jacked for the role. In addition to pumping iron, Brolin documented his journey to superhero shape on his Instagram, noting that sugar, bread, and pastas are off limits. You may know him as Khal Drogo, but Hawaiian-born Jason Momoa is taking his career - and physical fitness - to the next level for his upcoming role as Aquaman. Notoriously tall, dark, and handsome, the former "Game of Thrones" star grew his bis, tris, and washboard abs by hitting the ring, according to a post on his Instagram.

According to Men's Journal, the star also surfs and climbs. Gadot worked hard to build strength for her role as Wonder Woman.

According to PopSugar, getting a sprinter's body was the goal, so Gadot used barbells, weights, bodyweight, and cardio to get there, and she definitely made no excuses to get her workouts in. "If I'm staying in a cold country, or there happens to be no gym, I'll exercise in my room," Gadot told PopSugar. "If I'm by the ocean, I'll swim." There's no calorie restriction when it comes to getting ripped for Dwayne "The Rock" Johnson, although his seven meals a day consisted of lean protein, green vegetables, potatoes, salad, and white rice for his role as Hercules, according to Men's Journal.

He was also up incredibly early.

"I start working out pretty early, around 4AM, Johnson told Bodybuilding. "When I'm filming, I do cardio and I lift before going to set. I train about six days a week, and even when I'm not filming I get up between 3- and 5AM just to train." And there were no shortcuts when it came down to his workouts. Johnson started with a 50-minute cardio session, and then attacked a series of arms, chest, back, shoulders, and leg sets. 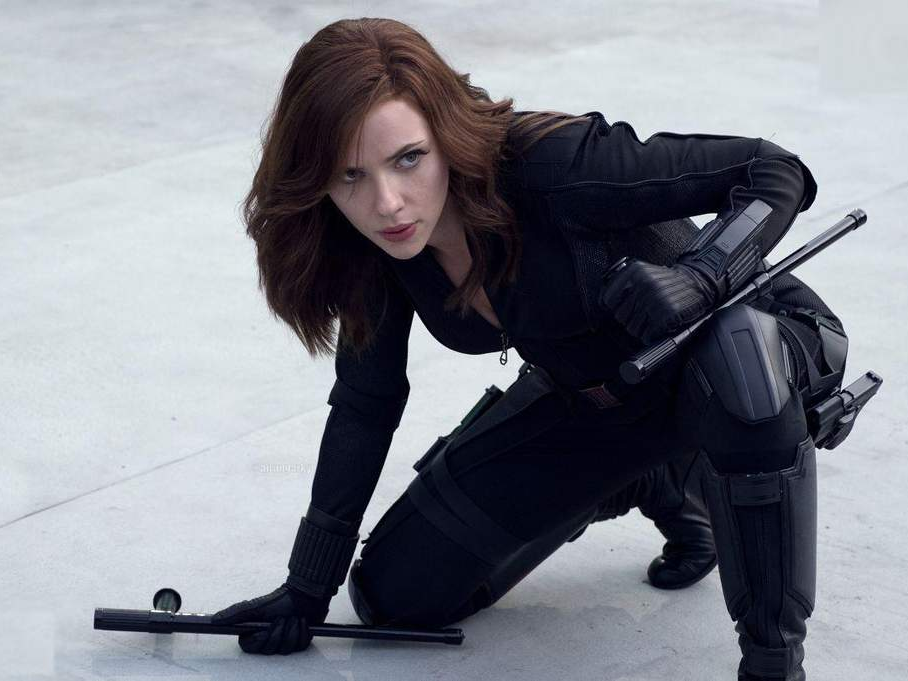 Despite only having five or so weeks to get ready for that black Lycra catsuit she rocked in "Avengers," Johansson put in the work to make sure she was ready to look the part of Natasha Romanoff. Johansson was careful to find the balance between losing weight and gaining muscle by hitting the gym seven days a week for a 90 minute workout each day, according to Pop Workouts. To get shredded for his role as Star-Lord in "Guardians of the Galaxy Vol. 2.," Chris Pratt used a Cross-Fit style workout that used medicine balls and battle ropes to drop just over 27kg, according to Muscle & Fitness. Sometimes you just need that extra push in the gym to get the results you're looking for. "Batman v. Superman: Dawn of Justice" star Ray Fisher needed to be in top shape for his role as Cyborg, so he hired a personal trainer to get him fit.

Fisher put on a whopping 10kg of lean muscle, and thanked his trainers for getting him there.

The presence of a Rogue Infinity rig plus the gymnastics rings and wooden plyometric box in Fisher's Instagram lead Men's Journal writer Matthew Jussim to speculate that Fisher does CrossFit style training.

Chris Hemsworth does it all. Australian actor Chris Hemsworth is no stranger to the athletic requirements of playing superheros. The "Thor: Ragnarok and Avengers: Infinity War" star seems to be only getting more fit with age.

To beef up for his role as Thor, Hemsworth does boxing, heavy-rope workouts, medicine ball and resistance band exercises, leg raises, barbell curls, and cardio, according to the actor's frequent Instagram posts.

Michael B. Jordan worked hard to prepare for his role in "Black Panther." Celebrity trainer Corey Calliet previously told Business Insider that he put Michael B. Jordan through a gruelling weightlifting regimen to make him look like a convincing superhero bad guy in "Black Panther."

According to Calliet, Jordan's workout included basic weight training: bench press, lat pull-downs, and dead lifts - all while eating six meals a day. They went on for six days a week for a few months leading up to production.

"The way I train, the person never gets used to it," Calliet previously told Business Insider. "I would have him do squats and then move right to burpees - that's not a good feeling. It was nothing that was enjoyable."