Ambani made the purchase through the $100 billion conglomerate he controls, Reliance Industries, which has interests in industries ranging from oil to telecom.

The conglomerate is already involved in the hospitality industry with an equity holding in the company that operates Oberoi Hotels, a chain of five-star hotels, per Bloomberg.

Ambani, who's worth an estimated $71.5 billion, is the richest person in Asia and the 13th-richest in the world. He's known for using his billions to fund a lavish lifestyle, from building his family a private 27-story skyscraper to throwing an extravagant wedding for his daughter that included a performance by Beyoncé.

Ambani's newest purchase, Stoke Park, is a historic estate that sits on 300 acres of parkland and gardens in the English countryside, about 25 miles outside of London. The property includes a five-star hotel, three restaurants and lounges, a spa and gym, 13 tennis courts, and a 27-hole championship golf course.

Ambani's company, Reliance, said in a statement that it plans to "enhance the sports and leisure facilities at this heritage site," according to Bloomberg.

Ambani purchased the estate from the King brothers, Chester, Hertford, and Witney, who have owned the estate through their family business, International Group, since 1988. The Kings spent around R430 million restoring the property, Forbes reported in 2001.

Chester King, co-owner and board director of International Group, told Insider that he and his brothers decided to put Stoke Park up for sale in 2017, but the estate wasn't officially on the market when Reliance approached the family about buying it at the end of 2020.

The brothers were "protective" of Stoke Park and wanted to ensure the new owner would be someone who will respect its heritage and history, King said. Even though he hasn't met Ambani personally, King said he's confident they've found that in Reliance.

"What's great is Reliance is pretty on par with restoring the estate on similar terms to what we were thinking about," King said. "They're committed to restoring it and making it better than it is now. As a family, we're very happy to find owners that have a shared vision."

Stoke Park has a history dating back more than 900 years, but most of the current estate was developed by a soldier and scholar named John Penn from 1790 to 1813. It was used as a private residence until 1908, when author and sports administrator Nick Lane Jackson bought the estate and turned it into Britain's first country club, according to the estate's official website.

The property is famous for serving as a filming location for two James Bond films: 1964's "Goldfinger" and 1997's "Tomorrow Never Dies." In "Goldfinger," Sean Connery's James Bond and the Goldfinger character, played by Gert Frobe, famously play a game of golf with the Stoke Park mansion as the backdrop.

The estate was also featured in scenes from the films "Bridget Jones's Diary" and "Layer Cake." There are three restaurants and lounges, including Humphry's fine dining and a coffee shop called San Marco. Guests can enjoy afternoon tea at the Orangery. Other facilities include a spa with steam rooms and a Jacuzzi, as well as a 370-square-metre fitness centre. 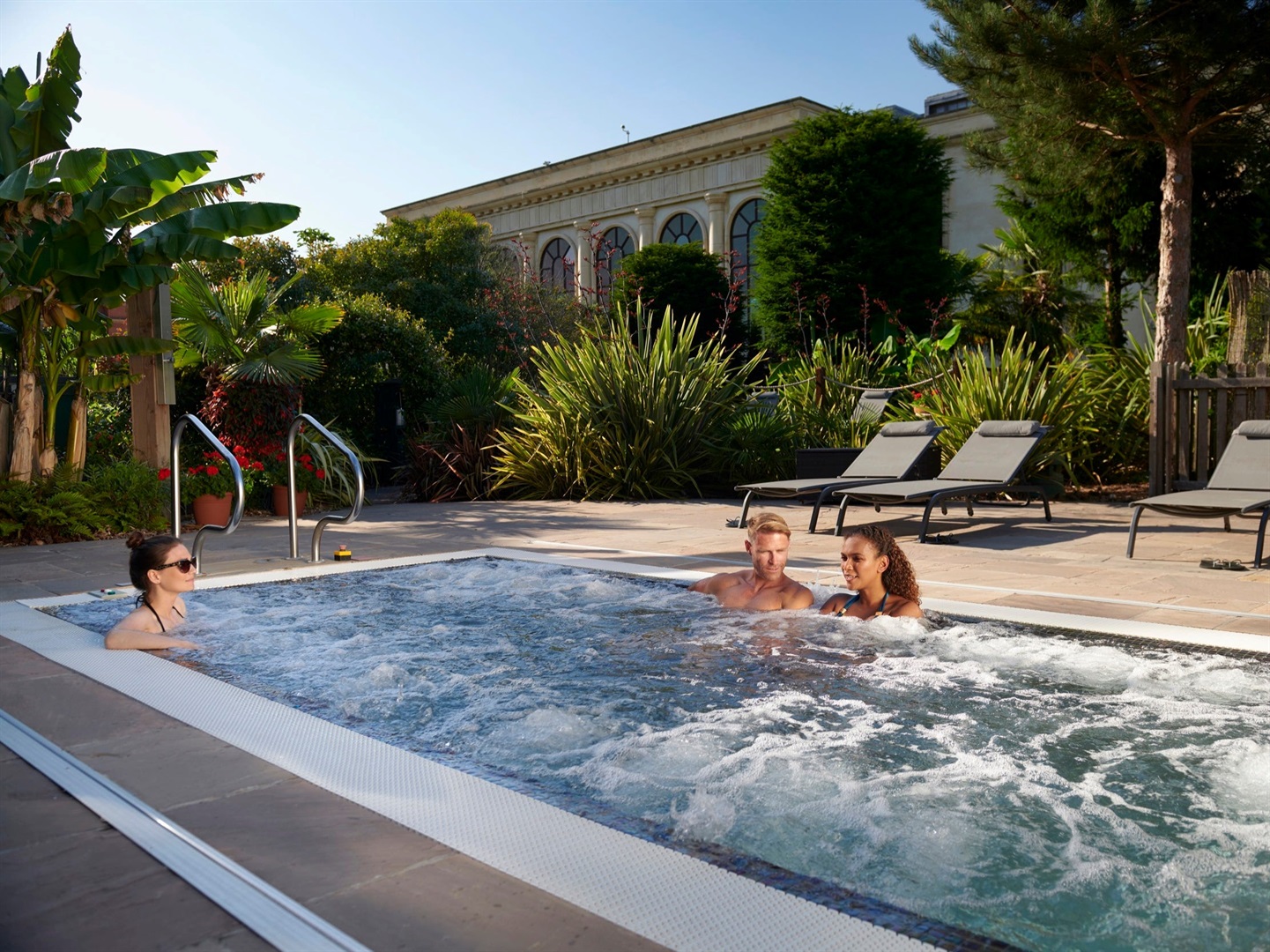 Each year, Stoke Park hosts a glitzy tennis event called Boodles, where some of the world's top tennis players - which have included Andy Murray and Novak Djokovic - play a tournament on the estate's grass courts a week before Wimbledon. The next edition of the five-day tournament in June 2021 will be the 20th annual Boodles event.

The "outdoor garden party event," which is sponsored by luxury watchmaker Patek Philippe, will be significant for the UK as it comes out of multiple Covid-19 lockdowns, King said.

"What's fantastic is that Reliance are really keen to make that even bigger and better as part of the social season," King said.

Stoke Park's 27-hole championship golf course was created in 1908 by golf architect Harry Colt, and includes a putting green and a driving range. King said his family had already set in motion plans to upgrade the golf course, and he said Reliance will continue with the improvements.

Due to Covid-19 restrictions, the deal with Reliance was negotiated over "a lot of Zoom calls," King said. A member of the family — not Ambani himself — was able to visit the estate in person, King said.

"We're delighted to have found a great partner to look after Stoke Park for the next chapter of its life," he told Insider. "...We're just a chapter of its incredible history."