Robert Mueller has submitted his report on the Russia investigation to the attorney general. Here's what happens next 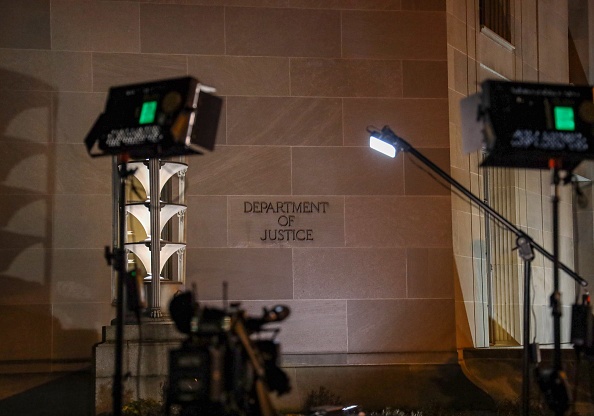 The special counsel Robert Mueller on Friday submitted his report on the investigation into Russian election interference to Attorney General William Barr.

It's not entirely clear what the report contains or how much of it will be disclosed to the public.

The investigation as a whole isn't fully over; this simply means Mueller's direct role in it has come to a close.

Here are a few scenarios that could play out going forward.

Barr prepares to submit a summary of the report to Congress

Justice Department regulations required Mueller to submit a report on his findings to the attorney general and explain why he chose to bring criminal charges in some cases and not in others. Several media outlets reported on Friday that Mueller did not recommend any more criminal indictments in his final report.

It's up to the attorney general how much of the report should be made public, and he's not required to release it.

But Barr has said he'll submit a summary of the report to Congress, pledging as much transparency as possible. Congressional Democrats have called for the report to be disclosed publicly, but Barr has not agreed to that, citing department guidelines.

The attorney general will likely face increased scrutiny over how much he reveals about Mueller's obstruction-of-justice investigation into Trump.

The obstruction thread stems from the president's decision to fire FBI Director James Comey in May 2017. Initially, the White House said Comey was fired because of the way he handled the bureau's investigation into Hillary Clinton's use of a private email server. But two days later, Trump said on national television that he ousted Comey because of "this Russia thing".

The New York Times also reported that Trump boasted to two top Russian government officials about firing Comey, telling them dismissing the "nut job" FBI director had taken "great pressure" off of him.

Barr's summary of Mueller's report will be his interpretation of the special counsel's findings, and legal experts told INSIDER it will be critical to see what and how much Barr reveals of Mueller's conclusions in the obstruction case.

How much can Barr actually reveal?

The biggest question surrounding the release of Barr's summary has to do with how much he can reveal about Trump's conduct. Justice Department guidelines say a sitting president cannot be indicted, and former federal prosecutors who worked with the special counsel told INSIDER the by-the-book former FBI director would abide by the policy.

That begs the question: If Barr can disclose information related only to individuals against whom charges could be brought, would he refrain from turning over any of Mueller's findings related to the president?

One former senior Justice Department official who worked closely with Mueller told INSIDER that Barr will likely disclose at least some information about Trump's involvement in the investigation because of public pressure.

Indeed, in a joint statement on Friday, six Democratic House committee chairs called for a "full release" of Mueller's report to Congress and the American public.

"The Justice Department must now release to the public the entire report submitted by Special Counsel Mueller to the Attorney General," the statement said. "Consistent with the Justice Department's past practice and to ensure Congress can discharge its constitutional responsibilities, we also expect the underlying evidence uncovered during the course of the Special Counsel's investigation will be turned over to the relevant Committees of Congress upon request."

The lawmakers added that even though Justice Department guidelines say a sitting president cannot be indicted, Congress should be notified if Mueller "has reason to believe the President has engaged in criminal or other serious misconduct". Congressional aides told INSIDER that if they believe Barr inappropriately concealed or omitted any information from the Mueller report, they would take "appropriate legal actions" to obtain Mueller's original report from the Justice Department.

Asked whether Democrats would subpoena Mueller's report if necessary, one aide said "all options are currently on the table".

On Friday, a senior Justice Department official told several media outlets Mueller did not recommend any more indictments or criminal charges in his report to Barr.

Earlier this month, the committee requested documents from 81 people, organisations, and entities connected to Trump and the ongoing criminal investigations into him.

The committee's chairman, Rep. Jerry Nadler of New York, announced the document requests on ABC's "This Week" and said he wanted to investigate what he described as Trump's "obstruction of justice, corruption, and abuse of power."

Nadler's statements came after Michael Cohen, Trump's former longtime lawyer, implicated the president and those around him in criminal conduct during an explosive hearing before the House Oversight Committee last week.

The list of people and entities the committee requested documents from signals the broad nature of its investigation. It included people and agencies linked to the Trump campaign, the Trump Foundation, the White House, the Justice Department, Trump's inaugural committee, the Trump Organization, and dozens of Trump's closest aides and senior campaign officials who were in his orbit while he launched broadsides at top FBI and Justice Department officials.

One committee aide, who requested anonymity because they were not publicly authorized to divulge details about the investigation, characterized it to INSIDER as an "investigative blitz."

On Friday, that aide told INSIDER that regardless of what Mueller's report says, the committee will move full speed ahead on its own investigation. They added that the investigation was necessary because even if the Justice Department says a sitting president cannot be indicted and the attorney general may be barred from disclosing certain information, "the American people deserve to know if the president engaged in serious misconduct unbecoming of the highest office in the land."

This story is developing. Check back for updates.