Many cruise lines may have hit the pause button on major sailings, but that's not stopping them from designing innovative features that will be showcased on trips once the industry gets back to full steam. This includes MSC Cruises, which created Rob for its newest Virtuosa ship.

The animatronic mixologist will be stationed in the Virtuosa's MSC Starship Club and MSC Starliner One, the new ship's spaceship-inspired bar.

Rob's conception came from the desire to use new technology to create a novel onboard space, specifically a "futuristic immersive entertainment lounge," according to the cruise line. And nothing says "futuristic" like a robot bartender working in a space decorated with holograms and digital art.

MSC Cruises has been creating Rob and the MSC Starship Club for almost six years, well before Covid-19 and the resulting emphasis on contactless amenities. To create the unique space, the cruise line worked with people specialising in interior design, robots, automation, and "entertainment and digital experience". 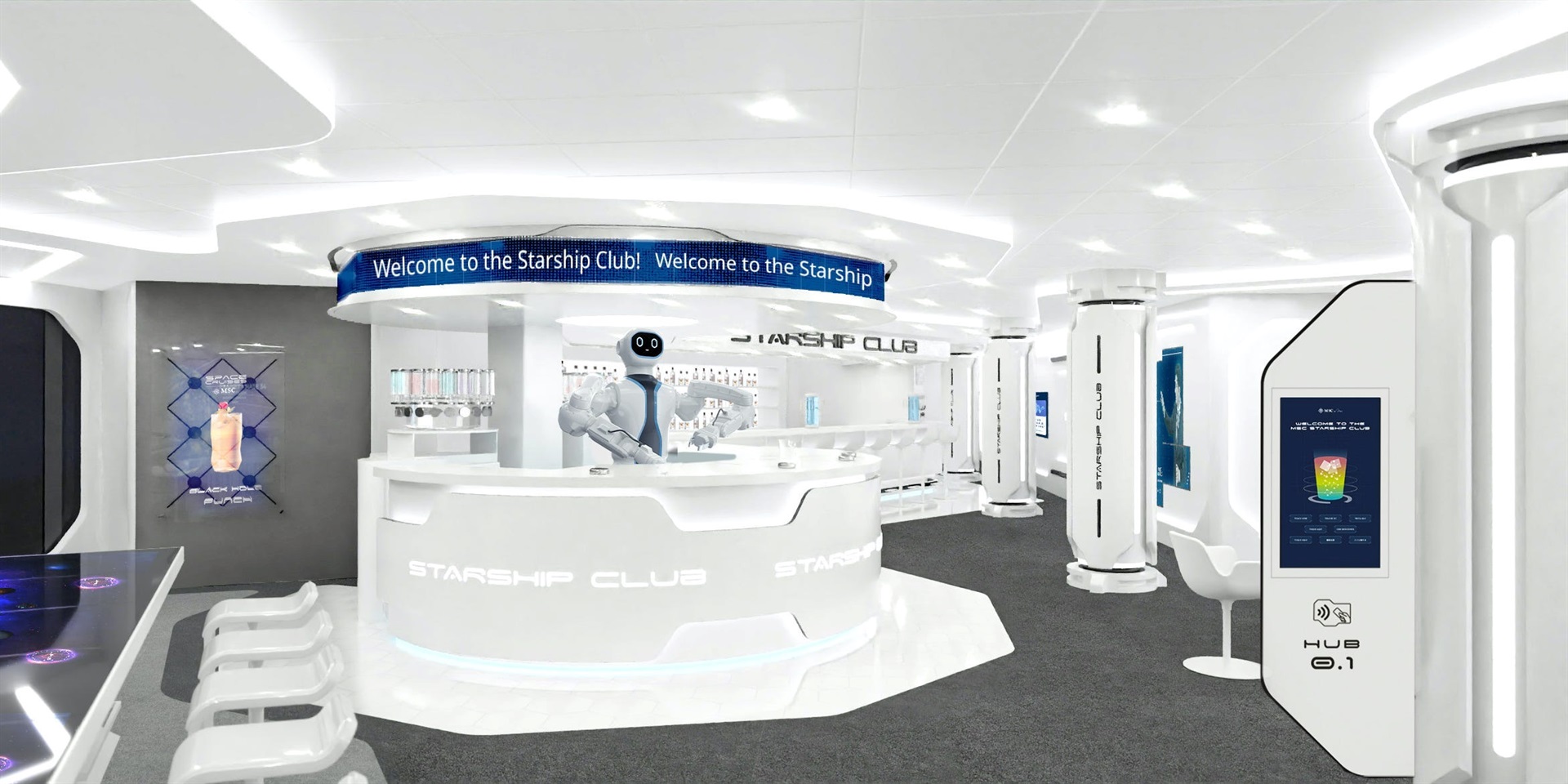 Just like any human bartender, Rob will be in charge of creating both boozy or non-alcoholic beverages, whether it be one of its 16 signature cocktails or a personalised drink. Guests interested in a Rob-made cocktail can order their drinks at a "digital cockpit." Rob will then prepare every component of the order - from pouring to garnishing - using some of its over 40 ingredients. The cocktails will be served in souvenir glasses. If you're feeling impatient, you can check the status of your order using the "ticker-tape-style" LED monitor above the bar. 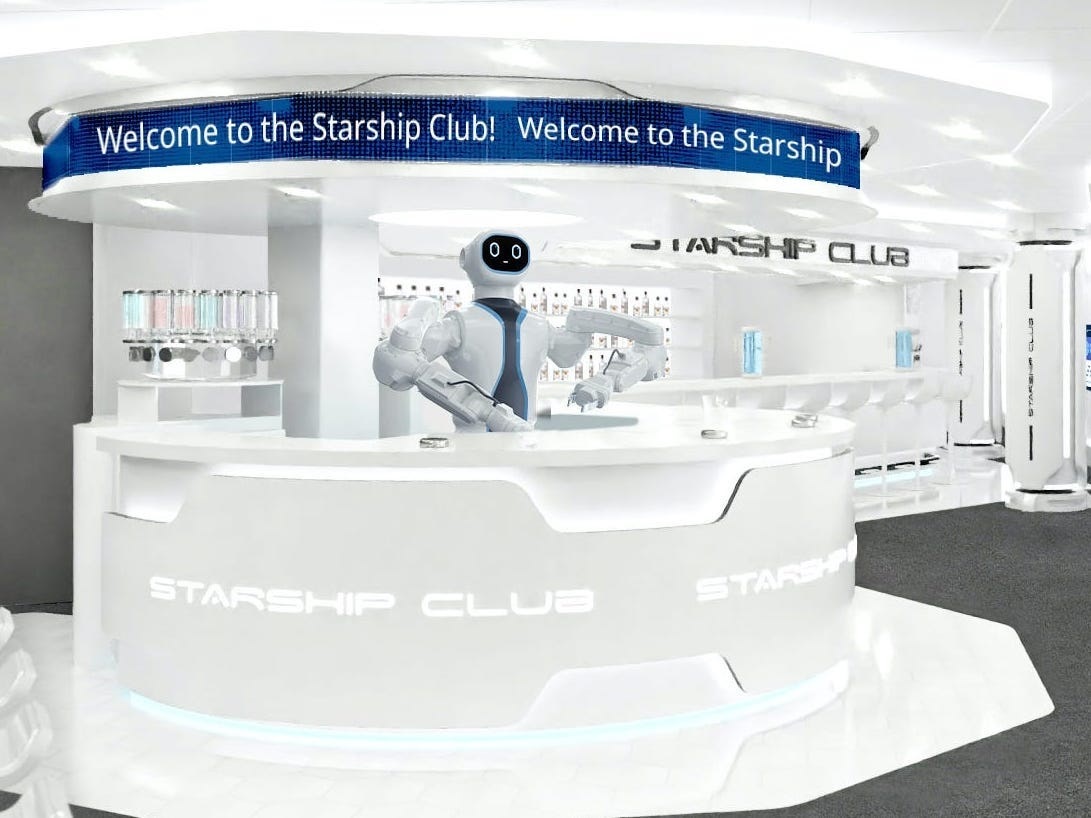 Rob can also interact with the its patrons with its expressive face and a conversation.

Rob can speak eight languages, allowing international patrons to order and converse with the robot in their preferred language. 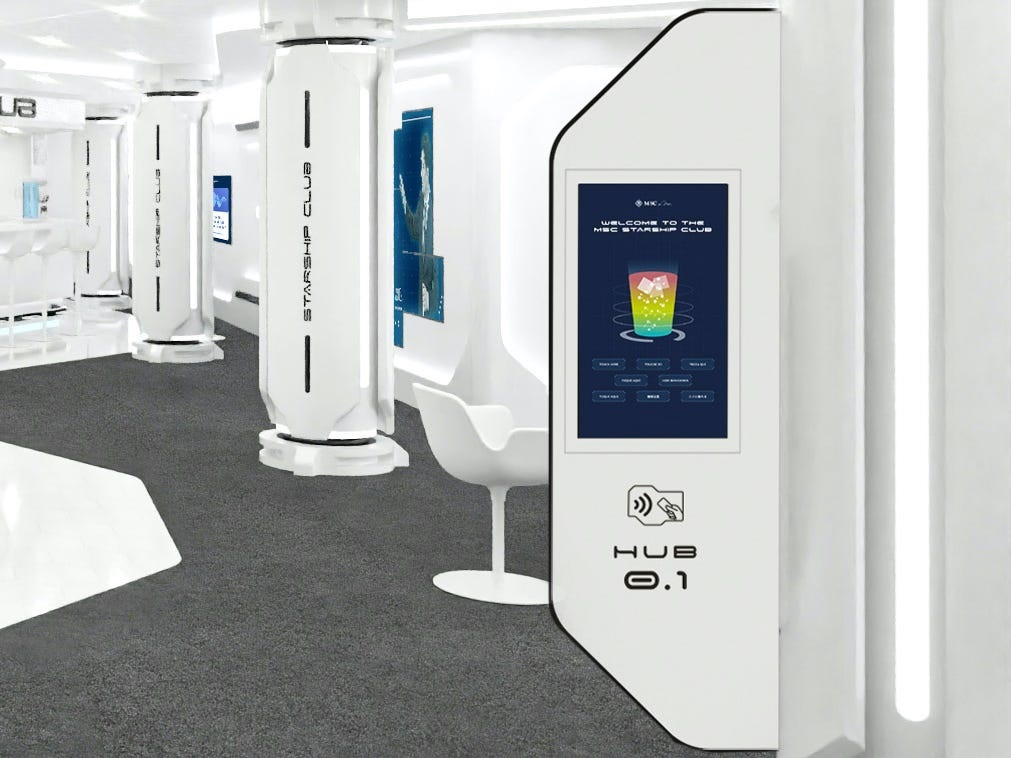 The robot's personality also changes in response to its surroundings, according to MSC Cruises. Besides Rob, the bar will also feature an interactive 12-seat table that lets patrons "explore space." All of this can be experienced on the MSC Virtuosa, which will be setting sail in April.