THEN AND NOW: Photos show how climbing Mount Everest has morphed into a big, dangerous business in 6 decades Record-high reported deaths of climbers on Mount Everest show that despite more than six decades of missions up the mountain, man is still no match for the natural dangers awaiting adventurers high above sea level.

After a 1953 expedition proved it was possible to conquer the notorious mountain, thousands of thrill-seekers have faced the mission's deadly natural threats and exorbitant costs.

These 19 photos show just how much expeditions up the mountain have changed over time.

Mount Everest straddles the border between Nepal and Tibet in the Himalayan mountain chain. Though it's notorious for its difficult conditions, including avalanches, icefalls, and dangerously low air pressure at some points, climbers have been flocking to the summit for decades.

In 1953, Sherpa Tenzing Norgay, 38, and Edmund Hillary, a 33-year-old beekeeper, became the first human beings to reach the summit of Mount Everest. 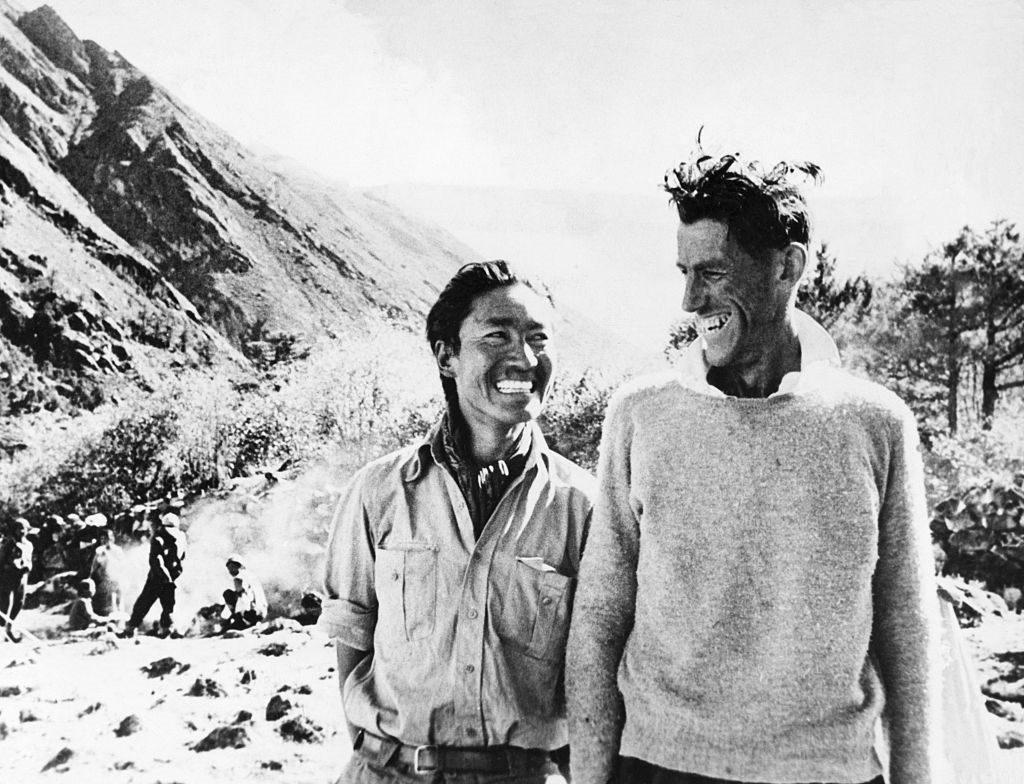 Their mission was part of a British expedition that began with 350 porters and 20 Sherpas to support 10 hand-picked climbers, designed to ensure a successful summit. Norgay and Hillary set the record with early versions of mountain climbing gear that resemble what climbers use on the mountain today, like axes used to smash and scale ice. 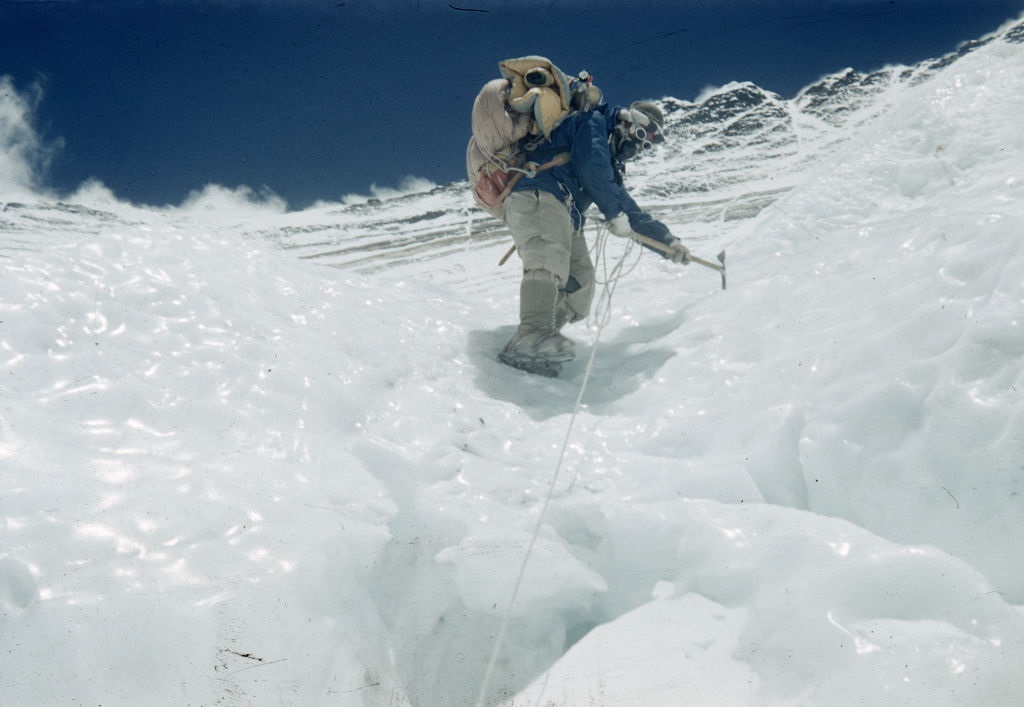 Hillary and Norgay wore wool underwear, wool shirts, vests, wool sweaters, down pants, and jackets under a layer of windbreakers, similar to synthetic layers under down suits that are popular today. Years after Hillary and Norgay first conquered the summit, Everest has become big business for anyone willing to purchase a permit and get set with expensive gear.

The mountain surged into hot-spot status after guides offering commercial missions became popular in the 1990s. By the end of 2018, a recorded 5,294 people had made a total of 9,159 successful summit climbs. That means nearly nine in 10 successful climbs have happened in the last two decades. Professional guides are the backbone that has made the adventure accessible. Sherpas set up ropes and ladders, and base camps with tents, stoves, bottled oxygen, and food. In 2019, Nepal's tourism board issued a record 318 permits, which cost $11,000 (R163,000) each. In addition to this mandatory cost, climbers can opt for cushier experiences, depending on their budget and skill level. Business Insider's Katie Warren reported that one company charges $130,000 (R1.9 million) per person for a "VVIP" Mount Everest package that includes a welcome dinner, a stay in a five-star Kathmandu hotel, a private bakery and bar at base camp, private heated kitchen, shower, and toilet tents at base camp, a personal photographer, meals, and unlimited tea and coffee, plus a private helicopter service. This doesn't include necessary international flights to and from Nepal or climbing gear.

With the droves of climbers has come a flood of trash that litters the trails. A crew backed by the Nepal government removed several tons of garbage from the mountain earlier this spring. Weary climbers leave behind tents, cans, bottles, plastic, climbing gear, and anything else they don't need as they make the trek, INSIDER's Sarah Gray reported.

Climbers walk past dead bodies on the trails because they are dangerous and expensive to remove. Retrieving one body can cost up to $70,000 (R1 million), and recovery climbers risk their lives in the process.

In recent years, climbing Mount Everest has become the ultimate status symbol of wealthy thrill-seekers. One consultant told CNBC he paid $120,000 (R1.7 million) for a luxury trip up the peek in 2018. Better equipment and knowledge doesn't guarantee a successful trip up the mountain, as climbers still face the threat of storms, harsh temperatures, and frostbite.

While over 8,300 people have successfully climbed Everest in the last 66 years, at least 306 people have died on the mountain.

Despite 11 deaths already this year and massive overcrowding causing what one climber said was "chaos" and "carnage," tourism officials have no intention of cutting down on permits, and hope more visitors continue to embark on the mountain. The climbing industry as a whole brings in $300 million (R4.4 billion) to Nepal every year, according to TIME Magazine.