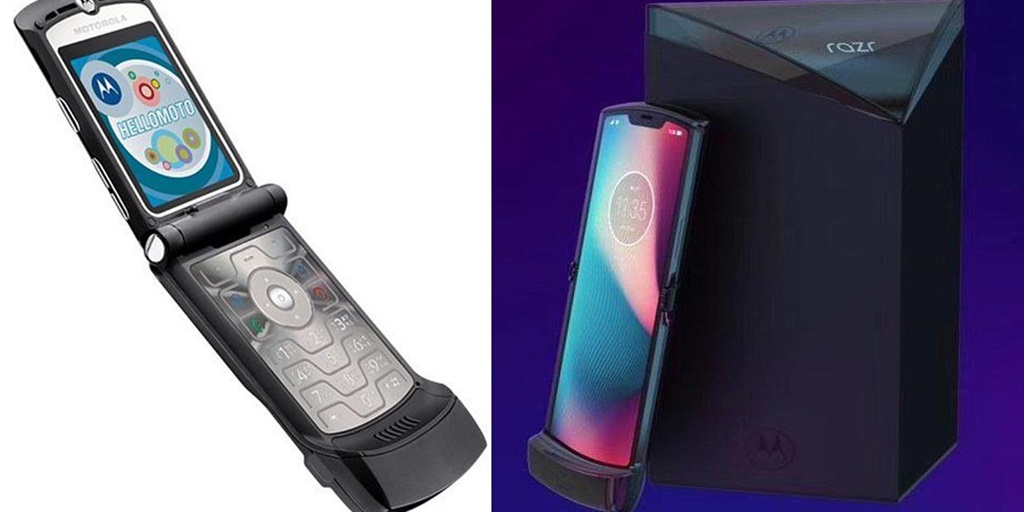 The original Motorola Razr (left) and a supposed leak of the upcoming foldable smartphone version of the Razr (right).
Slashleaks/Weibo

Motorola is sending out invitations to a November 13 event where the company will reveal a "reinvented icon."

There's no absolute confirmation, but there's also little doubt - it's going to be the revamped foldable smartphone version of the iconic Motorola Razr, the ultra-thin flip phone that turned heads in the mid-'00s.

A GIF sent by Motorola even shows the original Razr's hinge being peeled away to reveal what appears to be the hinge of the new upcoming device.

Motorola had already confirmed earlier this year that it was making a foldable smartphone, and patents and rumors all pointed to an iconic Razr-like design.

The original Razr phone was already foldable, but rumors are suggesting that nearly the whole interior of the phone will be a display with this modern refresh.

Leaked specs from XDA-Developers and a Wall Street Journal report suggest that the revamped Motorola Razr will come with mid-range specs, such as the Qualcomm Snapdragon 730 chip.

Either way, it's less than a month until Motorola makes the announcement, where we'll get all the details and photos we can possibly gather and share.