An elite motorcycle racer was forced to jump from his bike at 209km/h after his brakes failed, just moments before it crashed and burst into flames 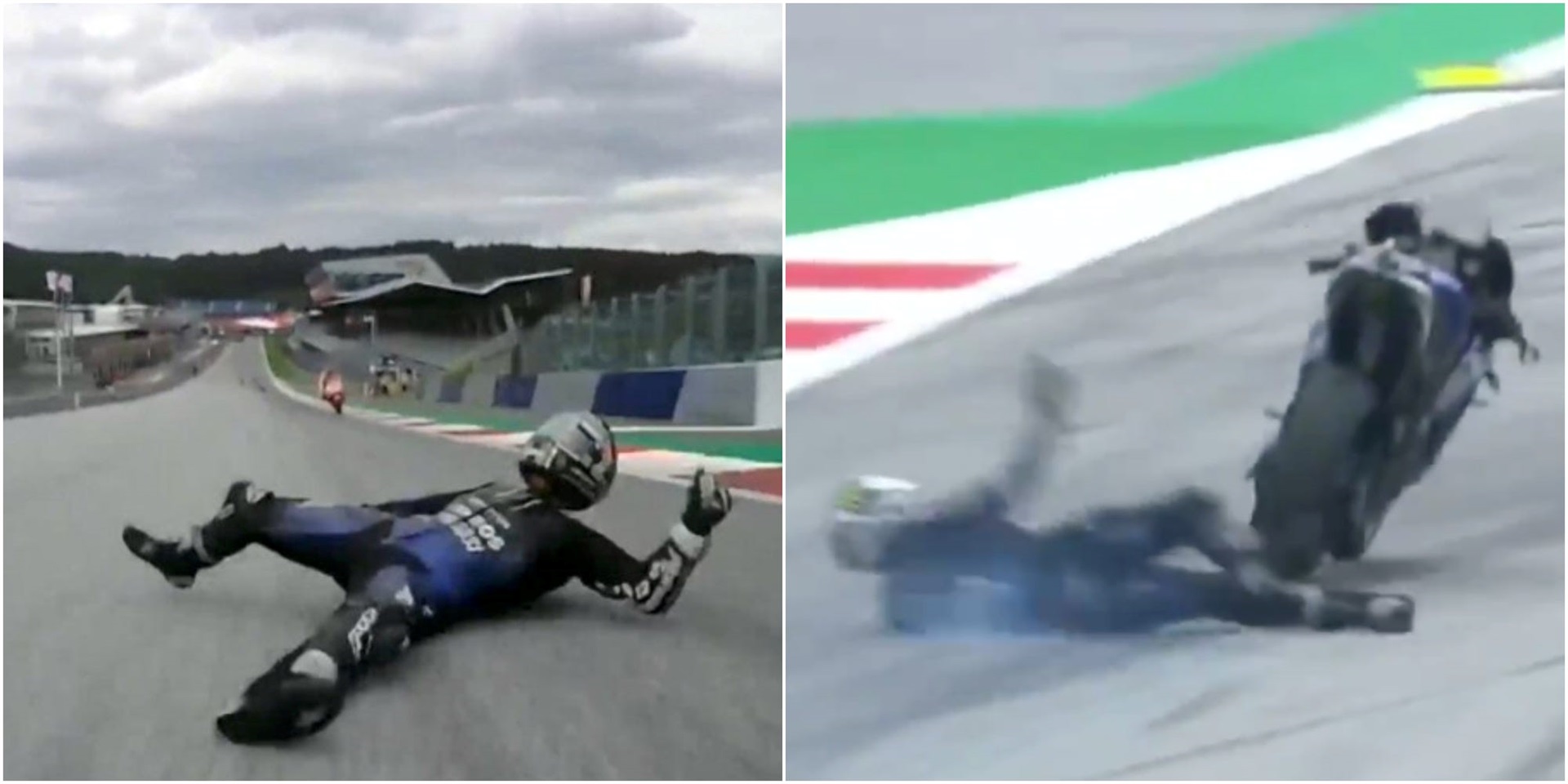 Maverick Vinales was forced to leap from his bike at the Styrian Grand Prix.
Twitter/BT Sport

MotoGP rider Maverick Vinales was forced to leap from his bike at 209km/h moments before it crashed into a wall and burst in flames at the Styrian Grand Prix on Sunday.

The brakes on the Spaniard's Yamaha M1 failed entirely on the way into turn one of lap 17, forcing him to make the terrifying decision to jump off his bike at high speed, rather than crashing into a barried.

Vinales skidded on his back off to the side of the racetrack, while his bike stayed upright, smashed into the barriers and set alight. The red flag was waved and race was halted immediately.

"I started to lose front brake pressure," Vinales, who was fortunately unharmed during the crash, said after, according to MotoGP. "I was trying, trying. I went wide one time, I was saying, 'pfft, difficult race'.

"I made three very slow laps, then I pushed again, then again without brakes and Quartararo, Valentino, and Petrucci overtook me.

"Then I was recovering a lot to Valentino and Fabio and suddenly, in turn one, the brakes exploded. I think the parts go away on the brakes, so I remained without brakes.

"I could not stop the bike, impossible. I understood very well that the brake was broken or something, so I decided to jump."

Fellow rider Brad Binder added, according to Crash: "To make the decision to jump-off? Jeez: I don't know how you can come to the point where you decide 'I need to get off the thing'. It is super-super scary.

"I hope they get it all sorted soon. I cannot think of anything more scary as a rider."

Miguel Oliveira went on to win the restarted race, overtaking two rivals on the last corner to jump from third to first.

The boss of Moto GP said he backs Lewis Hamilton's push for diversity in motor racing, even though his sport has never had a single Black rider

Lewis Hamilton says he is 'overcome with rage' at the death of George Floyd, and that he is sick of people of color being 'born guilty'

Lewis Hamilton blasted Formula 1 for going ahead with an event this weekend, saying it was 'shocking' he even had to attend a presser with other people