SA has 'the most representative flag' in Africa – here's why

Reddit user Udzu likes visualisations, and sometimes flags: say flags with weapons on them, or flags with tirskelions

This week Udzu combined those two loves, creating a competition of sorts – which South Africa won. To the extent that anyone won anything. 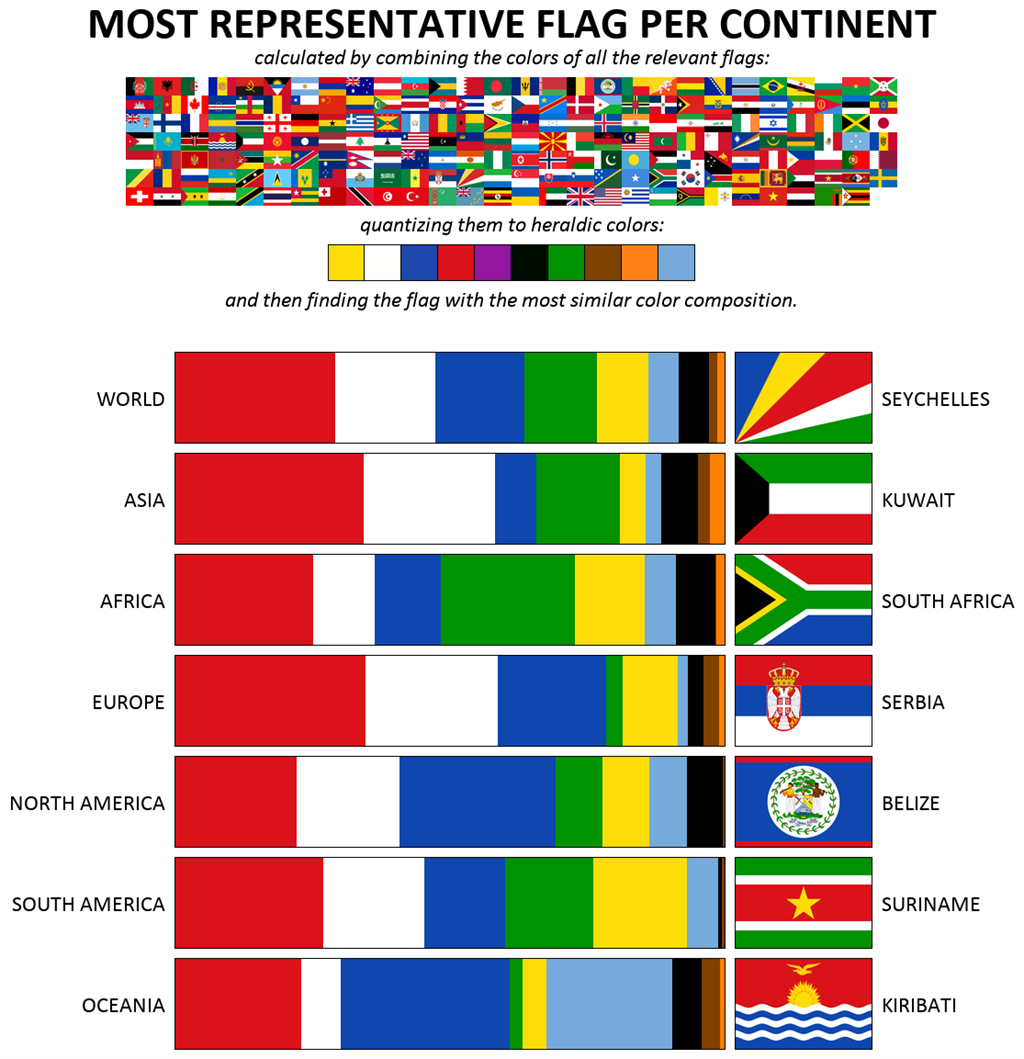 That visualisation was created by pulling all the flags of 193 United Nations members and two permanent observer states from Wikipedia, and breaking them down to the intentionally limited palette of colours used in heraldry, Udzu tells us. Once the extent of each colour in each flag is calculated, those can be added together by continent to determine the continent's dominant colours, and that can be mapped back to individual flags to see which is closest.

For Africa, the South African flag's colours and extent of each colour is the closest to the continent's average.

In the three days since it was first posted to the r/dataisbeautiful, the visualisation has been upvoted nearly 17,000 times – with a fair amount of love for the South African flag in the comments.