More than 52,000 people voted for their favorite Pokémon in a massive Reddit survey — here's which ones got the most votes After more than 20 years, the Pokémon franchise shows no signs of slowing down, especially not with a hit movie in theaters and a pair of new games on the way later this year. Even with more than 800 different Pokémon to keep track of, the series' massive fandom has shown that they have room in their hearts for each and every one of them.

If you don't believe the hype, a recent survey on r/Pokemon asked more than 52,000 Reddit users to pick their favorite Pokémon, and every single Pokémon had at least one vote - except for four. Each Pokémon had an average of 65 votes, and even the most liked Pokémon was only chosen by 2% of the respondents with 1,107 votes.

So who's the most popular Pokémon? It's definitely not Pikachu; the series mascot was only the 44th most popular Pokémon overall. But the original 151 Pokémon are significantly more popular than the later generations of Pokémon. About 35% of the survey's respondants chose one of the iconic monsters from "Pokémon Red and Blue" as their favorite.

Below we've listed the 25 most-beloved Pokémon based on the survey, along with their Pokédex entry. Be sure to check out the original Reddit thread if you want to see the full results, which also sorts Pokémon based on their types and what games they debuted in. "When it folds up its body and extends its wings, it looks like a jet plane. It flies at sonic speed." "The fin on Mudkip's head acts as highly sensitive radar. Using this fin to sense movements of water and air, this Pokémon can determine what is taking place around it without using its eyes." "Blastoise has water spouts that protrude from its shell. The water spouts are very accurate. They can shoot bullets of water with enough accuracy to strike empty cans from a distance of over 160 feet." "Scizor has a body with the hardness of steel. It is not easily fazed by ordinary sorts of attacks. This Pokémon flaps its wings to regulate its body temperature." "When its eyes gleam gold, it can spot hiding prey - even those taking shelter behind a wall." "Ancient people imagined that beneath the ground, a gigantic Torterra dwelled." "Snorlax's typical day consists of nothing more than eating and sleeping. It is such a docile Pokémon that there are children who use its expansive belly as a place to play." "Its crown of fire is indicative of its fiery nature. It is beaten by none in terms of quickness." "Tyranitar is so overwhelmingly powerful, it can bring down a whole mountain to make its nest. This Pokémon wanders about in mountains seeking new opponents to fight." "Ninetales casts a sinister light from its bright red eyes to gain total control over its foe's mind. This Pokémon is said to live for a thousand years." "Flygon is nicknamed 'the elemental spirit of the desert.' Because its flapping wings whip up a cloud of sand, this Pokémon is always enveloped in a sandstorm while flying." 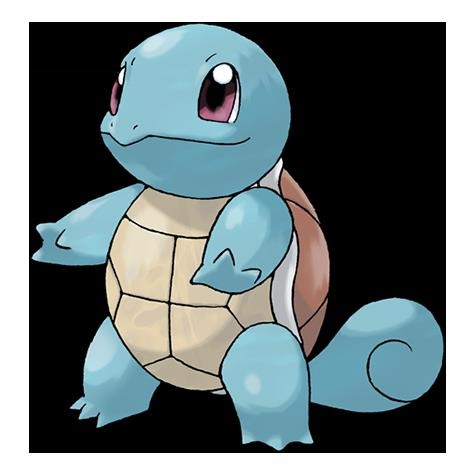 "Squirtle's shell is not merely used for protection. The shell's rounded shape and the grooves on its surface help minimize resistance in water, enabling this Pokémon to swim at high speeds." "Ampharos gives off so much light that it can be seen even from space. People in the old days used the light of this Pokémon to send signals back and forth with others far away." "Typhlosion obscures itself behind a shimmering heat haze that it creates using its intensely hot flames. This Pokémon creates blazing explosive blasts that burn everything to cinders." "Every time Absol appears before people, it is followed by a disaster such as an earthquake or a tidal wave. As a result, it came to be known as the disaster Pokémon." "Dragonite is capable of circling the globe in just 16 hours. It is a kindhearted Pokémon that leads lost and foundering ships in a storm to the safety of land." "Eevee has an unstable genetic makeup that suddenly mutates due to the environment in which it lives. Radiation from various stones causes this Pokémon to evolve." "Gardevoir has the ability to read the future. If it senses impending danger to its Trainer, this Pokémon is said to unleash its psychokinetic energy at full power." 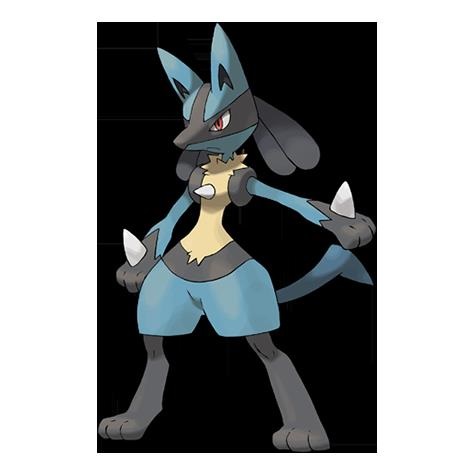 "By catching the aura emanating from others, it can read their thoughts and movements." "Umbreon evolved as a result of exposure to the moon's waves. It hides silently in darkness and waits for its foes to make a move. The rings on its body glow when it leaps to attack." "In battle, Blaziken blows out intense flames from its wrists and attacks foes courageously. The stronger the foe, the more intensely this Pokémon's wrists burn." "Bulbasaur can be seen napping in bright sunlight. There is a seed on its back. By soaking up the sun's rays, the seed grows progressively larger." "Arcanine is known for its high speed. It is said to be capable of running over 6,200 miles in a single day and night. The fire that blazes wildly within this Pokémon's body is its source of power." "Sometimes, on a dark night, your shadow thrown by a streetlight will suddenly and startlingly overtake you. It is actually a Gengar running past you, pretending to be your shadow." "Charizard flies around the sky in search of powerful opponents. It breathes fire of such great heat that it melts anything. However, it never turns its fiery breath on any opponent weaker than itself."