The 6 most mind-blowing human health discoveries of 2021 COVID-19 research was just the tip of the iceberg for 2021 discoveries.
Getty Images

2021 was another big year for coronavirus research, as vaccines were authorised and new treatments developed. But the scope of scientific discovery extended beyond the pandemic into other areas of health.

This year, we saw advancements in treating other illnesses big and small, from groundbreaking to wacky.

Here are six of the most remarkable health discoveries of the year. For people with post-traumatic stress disorder, the party drug MDMA may offer some relief. In a phase 3 clinical trial with results published in Nature Medicine, 67% of patients who received MDMA along with talk therapy saw such an improvement that they no longer qualified for the diagnosis two months after treatment.

In an earlier study of psilocybin as a treatment for depression (April vs. November), two sessions with the psychedelic worked "at least as well" as a daily dose of escitalopram, the antidepressant also known as Lexapro.

A blood test that spots 50 types of cancer A scientist drips blood into a test tube.

A new technology could reveal early signs of more than 50 types of cancer based on a single blood draw.

The Galleri test, made by biotech giant Illumina, looks for DNA fragments in the blood that could signal the presence of cancer. Those fragments can also point to the location of a tumour with "high accuracy," giving patients a head start on diagnosis and treatment.

In clinical trials involving people who had already been diagnosed with cancer, the Galleri test identified 51.9% of cancers at any stage of development. However, the test could come in handy for catching cancers that are not diagnosed at regular screenings.

Doctors previously told Insider that the Galleri test and similar diagnostics need to improve their success rates, but they could make a real difference for individual patients. Early diagnosis has been proven to improve cancer outcomes and may let patients avoid the physical toll of chemotherapy.

The "liquid biopsy" is advertised to return results within 10 business days, and it's meant to be ordered by healthcare providers along with other screening tools. Although the FDA approval hasn't come through yet, you can get a Galleri test with a doctor's prescription for $949.

The first treatment for progeria Siblings Michiel and Amber Vandeweert have progeria, a genetic condition characterized by the signs of accelerated and premature aging.
Mert Beken/Barcroft Media via Getty Images

Progeria is a genetic disease that causes features of premature aging in roughly 400 children worldwide. Until recently, there was no treatment to slow the progression of disease. It's typically fatal after an average of 13 years.

Zokinvy, a new drug developed by Eiger Pharmaceuticals this year, can extend that lifespan by about 2.5 years. Zokivny is the first and only FDA-approved treatment for Hutchinson-Gilford progeria syndrome, and it works by preventing the buildup of detective proteins.

Those faulty proteins, called progerin, typically cause cells to die and damage the heart and bones. Children with progeria usually die of heart failure or stroke, according to Mayo Clinic.

In clinical trials, Zokivny prolonged lifespans by an average of 2.5 years and either reduced or delayed the onset of symptoms associated with the disease. The earlier the medicine was given, the greater the benefit.

An implant to heal the ACL The ACL, or the anterior cruciate ligament, is the most common source of knee injury, according to a 2016 report in the Journal of Clinical Orthopedics and Trauma.

The injury is as devastating as it is common. Repairing a torn ACL can involve multiple surgeries or even a full reconstruction, which requires removing a healthy tendon for grafting and means a lengthier recovery.

A new knee implant recently approved by the FDA can "basically stimulate the ACL to heal itself," Martha Murray, MD, orthopaedic surgeon-in-chief at Boston Children's Hospital and creator of the BEAR implant, said in a press release.

The groundbreaking device, made of bovine collagen and a drop of the patient's blood, bridges the gap between the torn ends of the ACL. After a minimally invasive procedure to insert the implant, it can heal the ACL faster and with better patient satisfaction than a reconstruction. 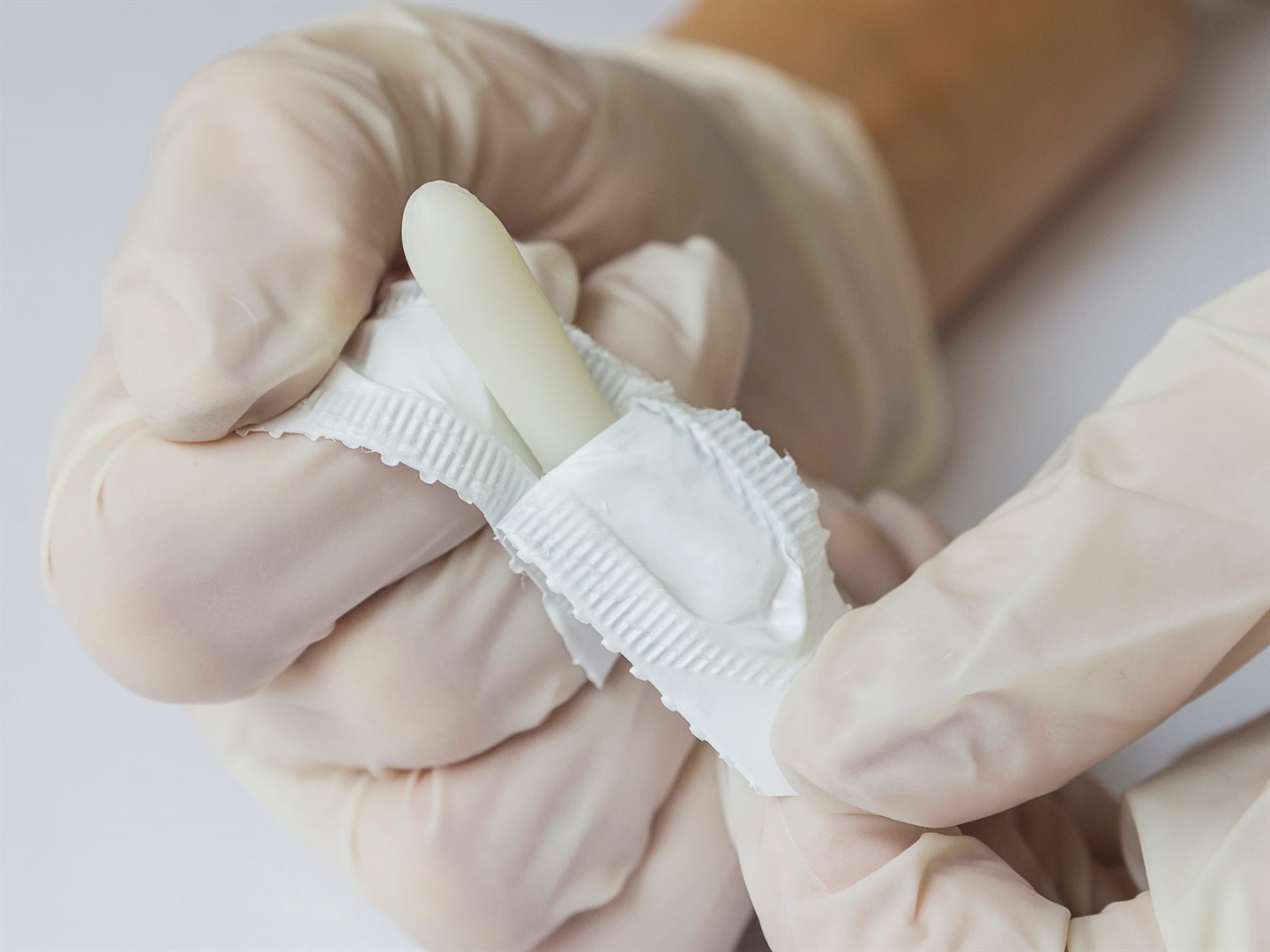 Scientists recently developed the first new antifungal drug in more than 20 years to block the growth of Candida, the fungi involved in vaginal yeast infections.

Brexafemme works by blocking the creation of a protective coating around the fungi, causing the bug to die off. The medicine remains in the system for as long as two weeks to prevent the infection from returning, according to a press release.

The drug is now available as a two-tablet formulation to be prescribed by healthcare providers. A worker holds a bottle with breastmilk at a donor breastmilk bank at the Scientific Centre of Children's Health in Moscow, Russia.
Sergei Bobylev/Getty Images

Two female scientists made the first lab-grown batch of breast milk this year, and it could eventually be a solution for parents who cannot or choose not to breastfeed.

Biomilq is the first cell-cultured milk with the nutritional components and complexity of breast milk, Insider reported in June. It's made from mammary cells grown in a lab, rather than adding up ingredients to make something similar to the real thing.

While Biomilq may be more nutritionally complex than formula, the founders don't claim that it's an exact replacement for breast milk. It cannot reflect a mother's diet or pass on important immune protections from the parent to child. However, it will offers an alternative to formula when it reaches the market.

The founders previously told Insider they expect Biomilq will be available to consumers in about three years. After more research and approval from regulators, they also hope to bring the cost down to make the breast milk product financially accessible.