Greenpoint Technologies
When it comes to private jets, there are some that are a cut above the rest.

These days, a select lucky few are taking luxury air travel to new heights with state-of-the-art ultra-long-range executive jets from manufacturers such as Gulfstream and Bombardier. And then there are those bold enough to convert commercial airliners into opulent flying palaces.

It's all very impressive.So we at Business Insider have assembled what we believe to be a collection of the most luxurious private aircraft in the world. Naturally, this list is fluid and subject to change — after all, Elon Musk might surprise us all one day with a pimped-out SpaceX Crew Dragon capsule mounted atop a Falcon Heavy rocket, or a company like Zunum Aero could give us an electric private jet.But for now, at least, here are the seven most luxurious private jets in the world, according to Business Insider.

1. Embraer Legacy 500: Unlike, the other jets on this list, the Embraer Legacy 500 is a midsize plane designed to operate shorter routes. At "just" R240 million, it's also the most affordable of the eight planes. But that doesn't mean its customer interiors are anything to scoff at. The cabin is lined with rich leather and custom wood veneer. While its floors are covered with fine carpets and shining stonework. According to Embraer, the Legacy 500 has the roomiest cabin in its class and the only one that allows passengers to stand up without the need of a footwell running along the middle of the plane. 2. Gulfstream G500: At R530 million, the G500 isn't Gulfstream's most expensive offering, but it is the newest. It's expected to enter service later this year. The G500 features bespoke cabins with seating tailored to the needs of the customer. The aircraft also has high-speed internet that's 30 times as fast as that of its current competitors. 3. Gulfstream G650ER: At R800 million, the G650ER is Gulfstream's flagship product. It has a range of more than 7,500 miles, meaning it can complete flights across the Pacific Ocean. The aircraft is packed with rich leathers, fine wood veneers, and stylish stonework. The entire custom cabin can be controlled using a smartphone app. 4. Bombardier Global 7000: Like the G650ER, the Global 7000 is designed to be the ultimate long-distance, purpose-built private jet. The R880 million aircraft is set to enter service in the second half of this year. The cabin can be configured in a variety of ways, including a with full dining room ... ... and a multimedia theater. The Global 7000 is even available with a private bedroom. It's an important option, given the plane's more than 13,680-kilometre range — that means nonstop from New York to Sydney, Australia. 5. Embraer Lineage 1000E: This is the first of the converted airliners on the list. It's based on the popular Embraer E190 regional airliner.

The spacious R639 million 1000E can be configured with a master bedroom and a walk-in shower. If you are extra bold, however, Embraer's design chief, Jay Beever, will gladly offer you some of his truly over-the-top interior concepts — like the Kyoto Airship and its astonishing skylights ... 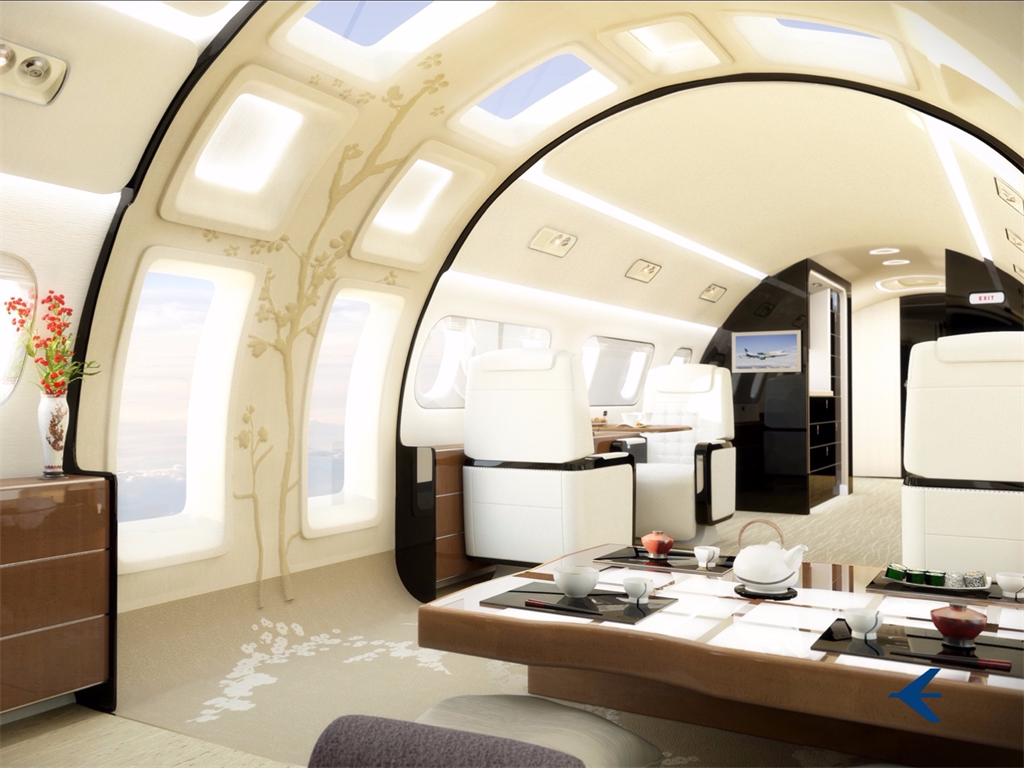 ... or the Hollywood Airship, which conveys the style, glamour, and luxury of Tinseltown in the 1930s. 6. Airbus ACJ319Neo: The ACJ, or Airbus Corporate Jet, is the business version of the Airbus A319neo airliner. The ACJ319neo costs R1.2 Billion before the installation of custom interior fittings. The jet has a range of nearly 12,550 kilometres and can fly nonstop from Los Angeles to Geneva, Switzerland. It's the brainchild of Kestrel Aviation Management's Stephen Vella. Since this is the first Boeing Dreamliner purpose-built to be a private jet, the interior, and its fittings had to be custom engineered from scratch. 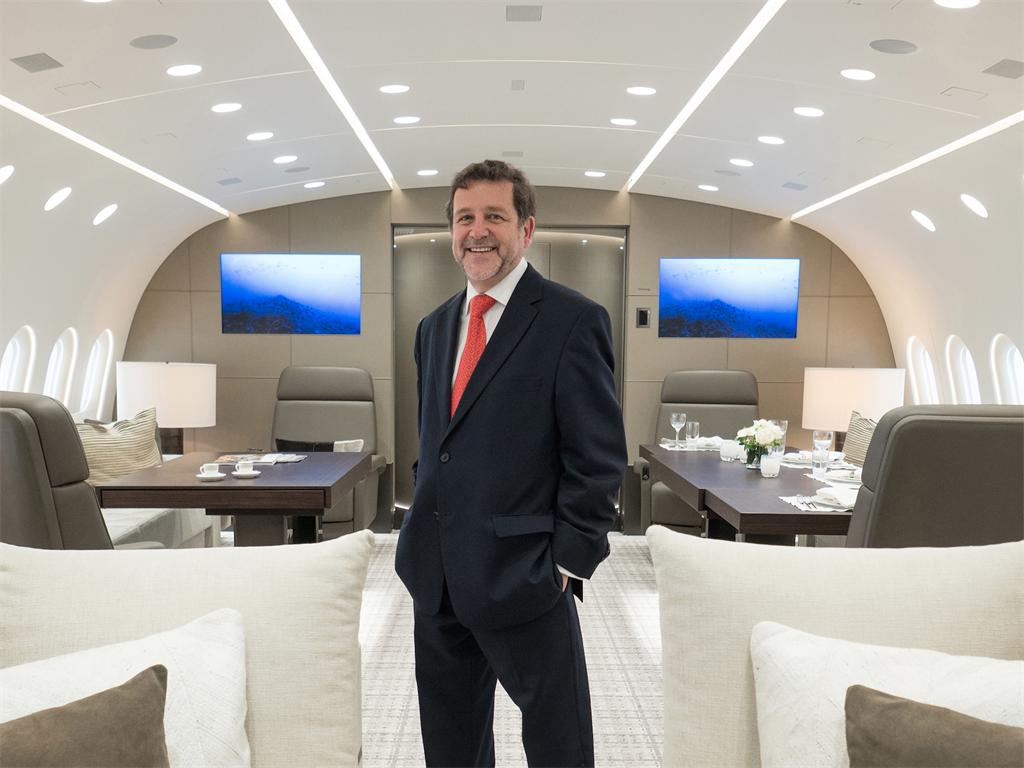 The interior is a whopping 2,400 square feet. That means space for you and 39 of your closest friends. There's also a master suite with a California king bed, a walk-in closet ... ... and a master bath with a double-size shower and heated marble floors. 8. Boeing 747-8 Intercontinental BBJ: As stunning as the Dreamliner may be, nothing compares with the "Queen of the Skies." One lucky customer received his very own personalized Boeing 747-8I private jet. At this year's prices, the 747 before any customization work costs R4.8 billion. The interior boasts nearly 4,800 square feet of space, roughly the same as your average McMansion. The plane has a full office ... ... and a stately dining room, which can be converted into a corporate boardroom. The dining room aboard a Boeing 747-8I private jet.
Greenpoint Technologies