The coronavirus pandemic is turning more wealthy travelers towards private jets as they seek to take control of their travel. Rather than depend on charter operators, however, some with means are making the jump to outright aircraft ownership with the International Aircraft Dealers Association confirming to Business Insider that sales firms are seeing increased interest from first-time buyers.

Though still down from pre-pandemic levels, aircraft sales have done comparatively well since March while chartering declined by around 90% in April from normal, the IADA reported. The drop coincides with businesses imposing pandemic-related travel restrictions for employees and destinations imposing mandatory self-quarantines for new arrivals, as well as general concerns surrounding travel in the current era.

Jetcraft, one of the world's leading aircraft sales and acquisition firms, is responsible for over 20 transactions both completed or pending since the pandemic spread globally in March. In the Americas, Jetcraft saw customers largely choose large, long-range aircraft from the likes of Gulfstream, Bombardier, and Dassault while in Europe, the Middle East, and Asia, light and mid-size aircraft from Cessna and Embraer were among those preferred.

Selling aircraft during a pandemic comes with its own challenges, especially when buyers cannot travel internationally to see their aircraft in person. While that's normally standard procedure, Jetcraft has had to bring the product directly to the customer in recent times while working around lockdowns when closing the deal.

Take a look at some of the most in-demand aircraft.

Bombardier's Global Express series: These large-cabin jets are the flagship of Bombardier's private jet product line that directly compete with heavy hitters from Gulfstream and Dassault.

Intended for long-range travel, even the smallest variant can easily between continents without stopping, depending on the route.

The interiors can typically seat upwards of 12 passengers. The newest variant is the Global 7500 featuring the longest range of any jet from the big three manufacturers at 7,700 nautical miles. New 7500 models sell for around $70 million (R1.2 billion) and interior options include a private bedroom and shower. Source: A businessman is selling his brand-new Bombardier Global 7500 for $70 million, the only one on the market. Take a look inside the 3-month-old jet.

Dassault's Falcon 7X: The three-engine aircraft is one of Dassault's best selling jets with nearly 300 in service.

Another long-range leader, the Falcon 7X has a limit of 5,950 nautical miles easily connecting New York with Tel Aviv, London with Cape Town, and Paris with Singapore.

In a three-compartment configuration, the 7X typically seats anywhere from 12-16 passengers. The price new for the aircraft is approximately $54 million (R939 million).

Gulfstream's G550: An enhanced version of the popular GV, the G550 boasts one of the longest ranges of any Gulfstream aircraft featuring greater payload capacity.

It's arguably one of the most iconic Gulfstream planes and can fly a maximum range of 6,750 nautical miles.

The interior can seat up to 19 passengers across four living compartments.

It's also a favourite of the US Government and costs around $61.5 million (R1 billion). Embraer's Phenom 300: The Phenom series features the smallest private jets from Embraer with the Phenom 300 the largest in the lineup. Embraer calls the aircraft the "best selling light jet in the world" and it has a price tag of $9.45 million (R164 million). Six to eight seats make up the typical configuration for the Phenom 300 but it can be configured for up to 11. The range of the jet is 2,010 nautical miles so it will likely need a stop to fly between New York and Los Angeles, depending on winds, but nearly every European capital can be connected in the aircraft without stopping. It can also be flown by one pilot if the owner wants to cut back on crew expenses or fly it themselves. 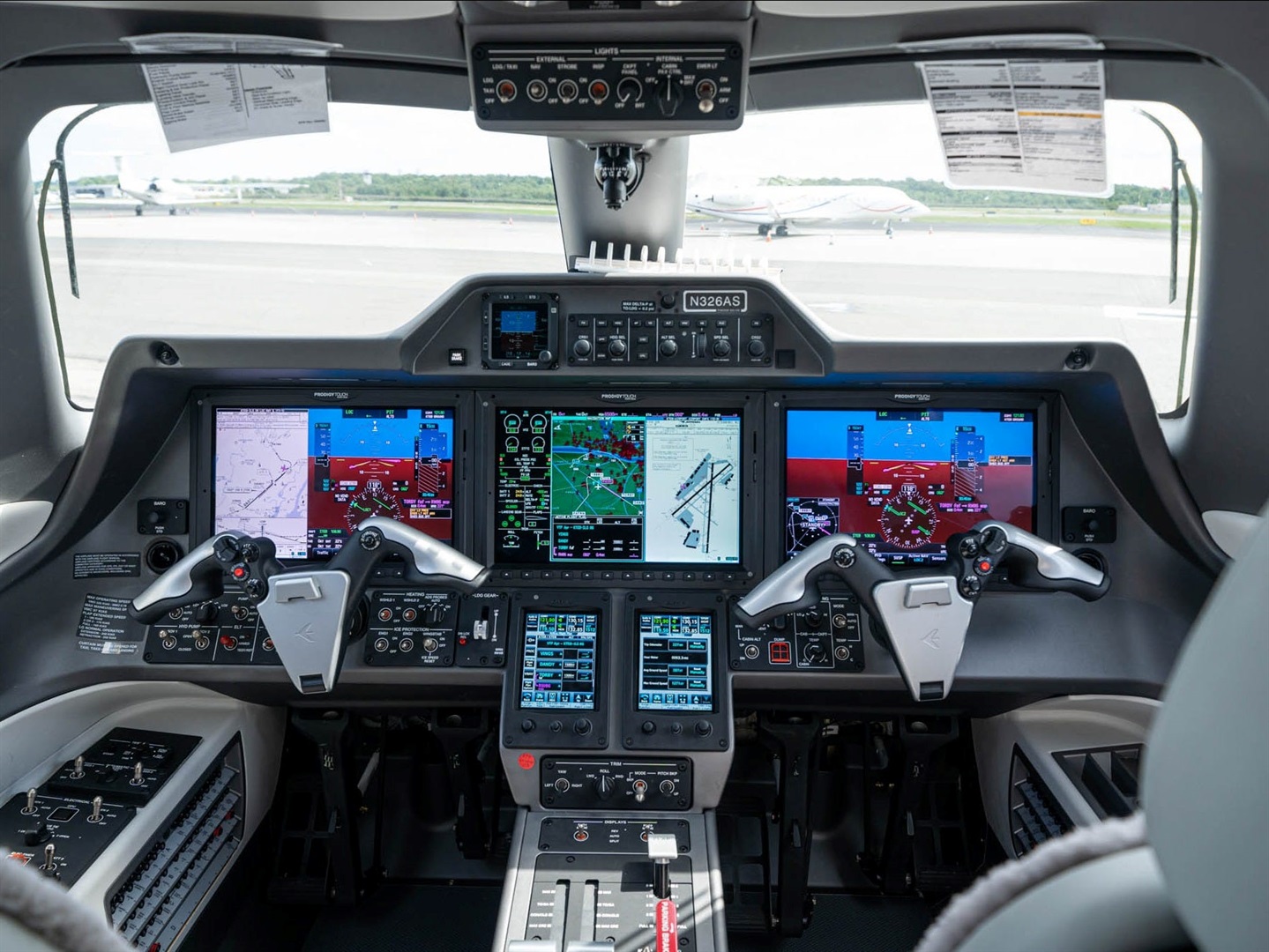 Cessna's Citation XLS+: The mid-size jet from Cessna is a workhorse in the fleets of some of the world's largest charter operators.

The XLS+ has a range of 2,100 nautical miles making it ideal for medium-haul flying.

Anywhere from six to eight passengers can sit in the cabin, depending on the configuration. Purchasing one new will cost around $13 million (R226 million).

Cessna's Citation CJ3: This light aircraft is one of Cessna's smallest but longest lasting jets, having made its first flight in 2003 and Cessna producing a new generation variant, the CJ3, in the mid-2010s.

Despite being smaller than the XLS+, both can fly comparable distances with the CJ3+ boasting 2,040 nautical miles of range.

The cabin can typically seat six to seven passengers, depending on the configuration. Only one pilot is required to fly the CJ3, which costs around $8.3 million (R144 million) for the newer variant. Cessna's Citation CJ4: Slightly larger than the CJ3, the Citation CJ4 offers passengers a larger and more modern cabin with a greater range to boot. The maximum range of the aircraft is increased to 2,165 nautical miles, just enough to fly nonstop from California to New York is the tailwinds are right. And like the CJ3, only one pilot is required to fly the aircraft but this one comes at a cost of $9.2 million (R160 million).

Embraer's Legacy 450: The mid-size jet is one of the newest from Embraer, a manufacturer known for its fleet of commercial aircraft.

It's the smallest version of the Legacy family but boasts a range of 2,900 nautical miles, allowing it to make transcontinental hops with ease.

The large, stand-up cabin allows for six to eight passengers, depending on the configuration.