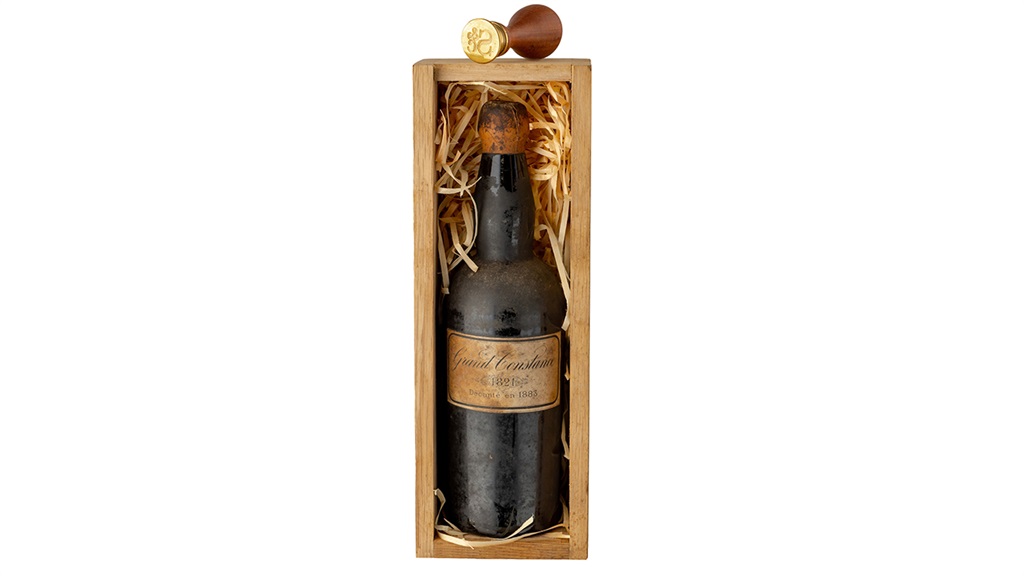 An unopened bottle of Grand Constance 1821, originally destined for Emperor Napoleon Bonaparte, has sold for R967,300 at a Strauss & Co auction, setting a new record by more than doubling the price fetched from a sale in May.

Wine produced 200 years ago by the Groot Constantia estate in Cape Town was highly sought after by the world’s royalty. Bottles of Grand Constance were allocated to the island of St Helena, reserved for the exclusive enjoyment of Napoleon in exile. Napoleon died in 1821.

It’s estimated that only 12 bottles of this rare wine still exist today. One of them set a record in May, selling for R420,000, excluding VAT, at the Cape Fine & Rare Wine Auction.

The live virtual auction featured 90 lots of rare wines and art by Pierneef, Hugo Naudé, and Irma Stern. More than 80% of the lots sold on Tuesday night, fetching a total of almost R12 million.

The hand-blown glass bottle of Grand Constance 1821, in an “uncompromised condition”, has been left in its original form, while most of the other bottles sold at auction have been recorked.

“Due to the uncompromised condition of this bottle, the auctioneer has decided not to interfere with the closure and sell in its original state. At the buyer’s discretion, a complimentary professional recorking service can be offered as part of the sale,” said Strauss & Co.