The most expensive Lego in SA includes Star Wars sets and a scale Titanic – that cost over R10,000 In 2020, Danish company Lego generated a net profit of more than R23 billion. The company has survived an expired patent, increase in competition, near-bankruptcy, and the rise of video and mobile games to remain one of the world's largest toy companies.

It hasn't all been plain sailing, though. After a financial crisis in the early 2000s, the family behind Lego sold Legoland in a desperate bid to stay afloat. The once family-run business eventually changed its management structure, cut unprofitable sets, streamlined its production of various pieces, and started licensing products alongside big movie releases.

Today, many of the most expensive and sought-after Lego sets are based on a franchise or recognised brand: Star Wars, Harry Potter, various luxury or nostalgic vehicles, and an increasing number of historical attractions.

According to the founder of an official South African Lego retailer Kiddiwinks, Bryony Poulter, Lego sets, and even individual pieces, sometimes increase in value, particularly sets that contain unique pieces or characters.

"The more uncommon a piece, the more it drives up the value. A great example is the Lego goat, which has only ever been in one set - Mill Village Raid."

According to Poulter, a second-hand goat can sell for R1,500 - which is more than the cost of the original set.

"This is because the demand for these sets usually remains for several years after they're retired by The Lego Group, particularly given the collectability of them," Poulter says.

Poulter says in the retail market, Lego usually sets prices based on piece count, size, and licensing. She also points out that there isn't usually a noticeable price variation for sets that require a new piece mould, which is surprising given that a new mould can allegedly cost over R3 million.

The secondhand Lego market is also a popular place for collectors and investors, where Poulter says the price is almost always based on availability once Lego retires the set.

"If a set was released in limited quantities, it will have a higher resale value. Good examples of this are the Lego collectable Minifigures and Lego Super Mario Character Packs. Some series release with only one or two of a particular Minifigure or character, which immediately drives up the resell value of so-called 'chase Minifigures'".

If you're looking to pick up a high-end secondhand Lego set, Poulter has some advice.

"The box condition is very important in looking to purchase a set for investment, so it is best to purchase from a retailer that values and looks after the boxes too," she says.

These are the most expensive Lego sets currently for sale in South Africa: The Lego Bugatti Chiron is consistently one of the more expensive new Lego sets you'll find in South Africa - if you can. As with the real thing, getting your hands on one of these Bugattis isn't easy, which is perhaps why it's 17% more expensive than it was two years ago. This Lego recreation of the Ewoks' forest dwelling is at the cheaper of the high-end Star Wars sets. It features various "functions", including a secret Lightsaber stash, spider web, elevating throne, and catapults. There's just one left in stock at Kiddiwinks, which is still sealed in its box, and it's 25% more expensive than it was in 2019. The Lego Harry Potter sets have been among the most popular licensed sets for the company - and this is the most expensive of them available in South Africa. It's a 6,000 piece recreation of Hogwarts Castle and includes four Minifigures and 27 Microfigures. This Slave I model is another rare item in the Kiddiwinks Vault, where collectors sell items through the online platform. The set features a rotating cockpit, wings for landing and flight modes, shooters, and hidden blasters and is a popular item for Lego Star Wars collectors. You can control this Lego Technic Cat bulldozer with an app, and it's one of the more expensive new sets currently for sale in South Africa via Great Yellow Brick. Like the real Cat bulldozer, this model has modular sections and features a large track that can be tightened and loosened. Lego says the set will allow adults to enjoy "quality me time focusing on their passion". 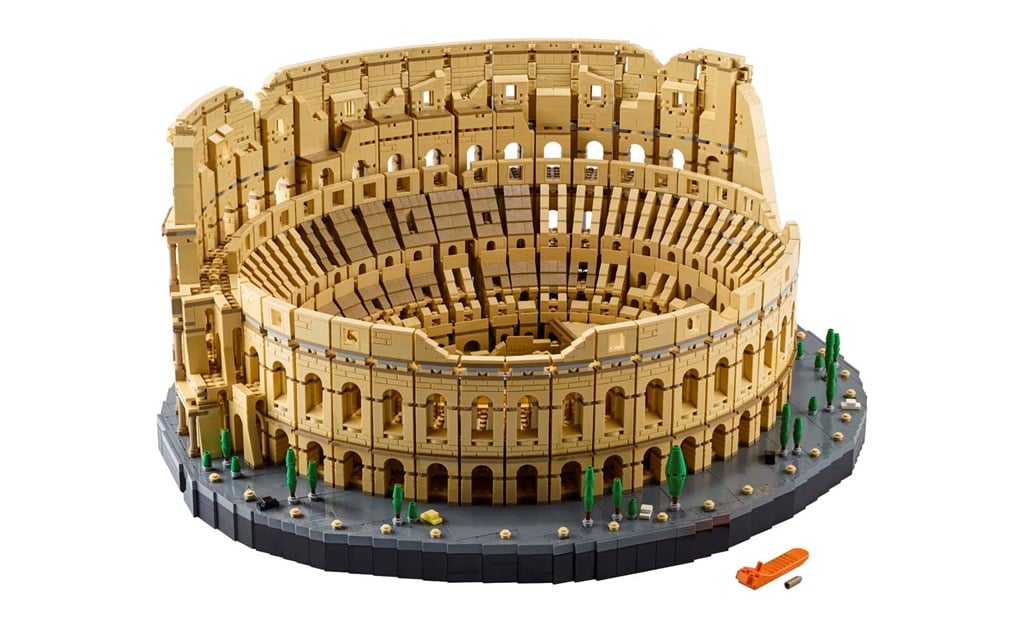 If you favour travel and history over movies and construction, this 9,036 piece Colosseum model may be a more suitable Lego purchase. At the time of its release in November 2020, it was the biggest ever Lego build, and once complete, the architectural model measures 27cm, 52cm wide, and 59cm deep. This authentic Titanic set is an exact 1:200 scale model. A cross-section reveals interior details of the ship, like the dining room, grand staircase, boiler room, and cabins across the classes. There are over 9,000 pieces to fit together and completed it's more than 1.3 metres long and 44cm high, which goes some way to justify its R11k price tag. With this model of the Imperial Star Destroyer, you can "build and display an icon of the Galactic Empire". The set has over 4,700 pieces and is a highly collectable, hard-to-find item for serious Star Wars fans. Lego released the Star Wars All Terrain Armoured Transport, or AT-AT, in November 2021, and it instantly became one of the most expensive new sets on the market. The build-and-display model features posable head and legs, rotating and recoiling cannons, and a bomb-drop hatch, among other details true Star Wars fans may appreciate. It's another highly collectable Lego Star Wars set likely to hold its value for a few years to come. The Star Wars Millennium Falcon launched in 2017 and has an official retail price of around R12,000. The average reseller's price is now closer to R13,500. But even if you're willing to fork out that kind of money, tracking down a set of what was once the latest, most detailed made by Lego is tough. Kiddiwinks and Great Yellow Brick sell this set for between R13,999 and R15,499 when in stock, but in the past, it's gone for as much as R18,000.

Related Links
Olympic hurdler who just smashed a world record unwinds by building Lego and relaxing in a hot tub
Take a look at Adidas' new running shoes that can be customised with Legos
Lego joins the social media ad boycott
Next on Business Insider
Vomiting, fighting, and breaking a child's swing: Inside the details of UK's partygate report