Air France
If you're paying thousands of dollars for a first class flight, chances are your expectations for that flight are pretty high.

Most of the time, the airlines deliver by offering luxury features like extensive entertainment systems or in-flight chefs. All of these luxury features are, of course, in addition to the high-end amenity kits, designer sleepwear, and one-of-a-kind designer cutlery that is available to first class passengers.

High-spending customers are hugely important to airlines, which is why they're often willing to go to such lengths to pamper them and make sure they have an excellent flight experience.

But sometimes, passengers take advantage of all the great designer bedding and amenities offered by the flights by quietly slipping blankets or headphones into their carry on luggage before leaving.

Other products, however, have to be left behind, like a bottle of Dom Pérignon, for example.

While some airlines try to counter this by selling their luxury products online, like United's Saks Fifth Avenue bedding for sale on its site, it seems hard for customers to resist just taking them for free. But many airlines are completely aware of this — “Almost anything that is not nailed down will at some point disappear,” travel-industry analyst Henry Harteveldt told The Wall Street Journal.From custom designed cutlery from an Italian design firm to Givenchy pyjamas, these are some of the most expensive things you get when you fly first class:

Cathay Pacific has a first class amenity kit with products like hand lotion and moisturiser from the Australian brand Aesop. The Aesop products can range from $35 to over $100. 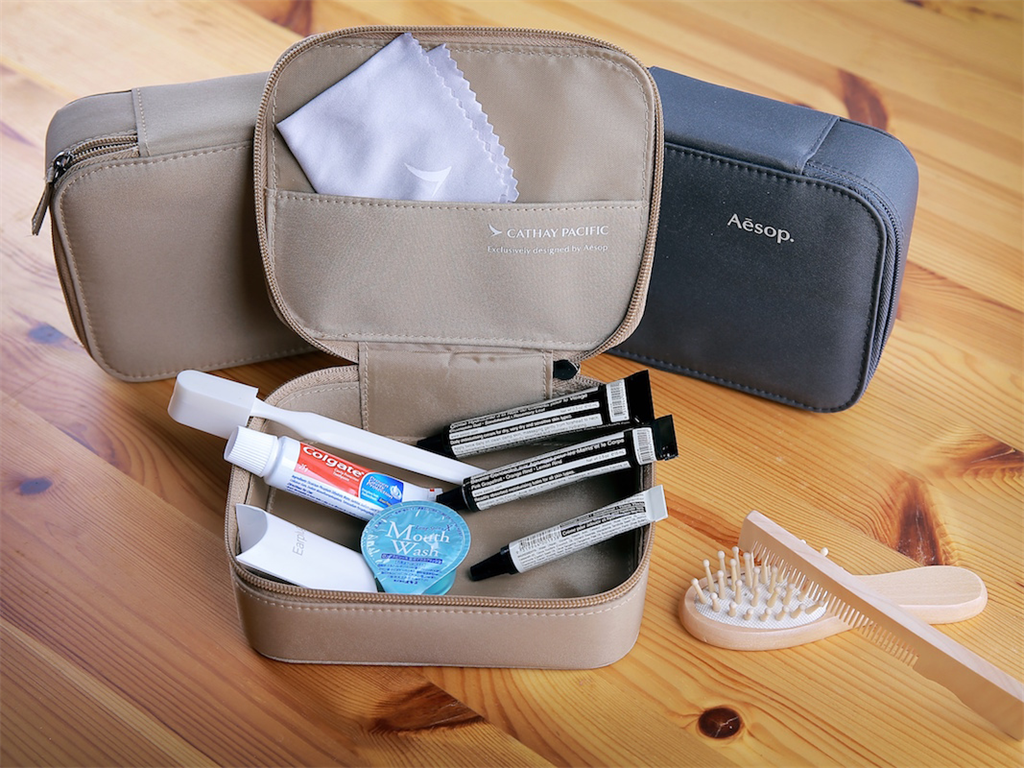 United Airlines partnered with Saks Fifth Avenue to create luxury bedding for its international business class, Polaris. They were so popular that the airline started selling them — a Polaris duvet costs $59.99, and a memory foam pillow costs $27.99. Delta also offers luxury amenity kits from TUMI with Kiehl's products in it... 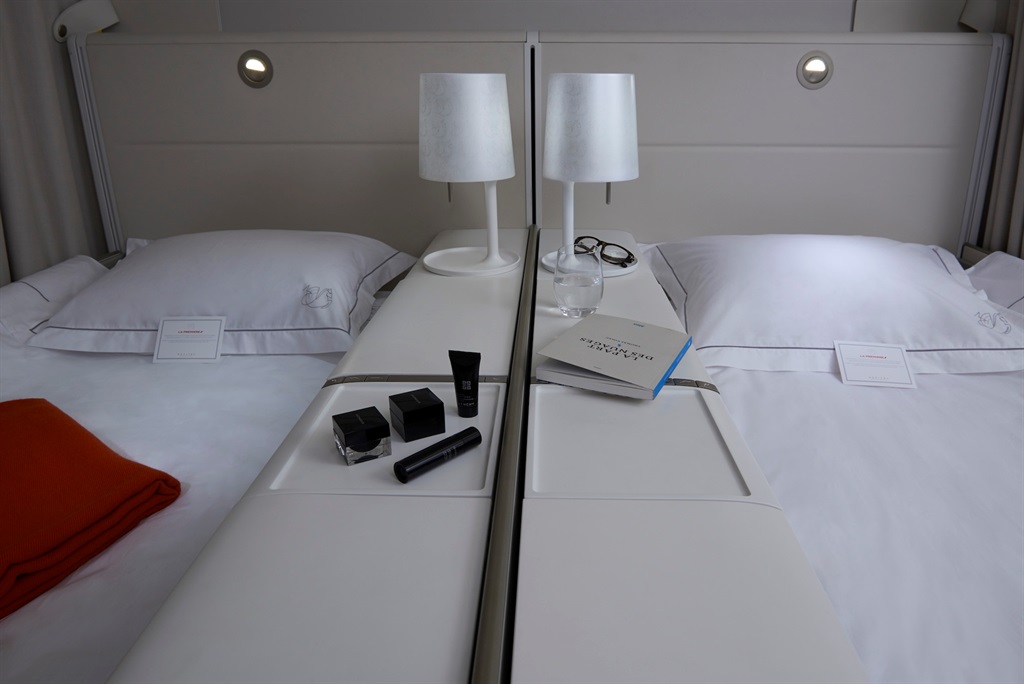 Ferragamo, an Italian luxury goods company, supplies products for amenity kits on Singapore Airlines. Each individual product in the amenity kit can cost upwards of $50, making the entire kit worth hundreds. There is a separate amenity kit for men offerings similar products. Singapore Airlines also offers complimentary Bose noise-cancelling headphones to its first class customers, which can cost from $100-$300 a set. Emirates first class amenity kits are made by the luxury brand Bvlgari, and the cases are made from genuine leather. Like with Singapore Airlines, there is a separate amenity kit for women. In addition to the sleepwear, Emirates offers custom noise cancelling headphones from Bowers & Wilkins, which cost $465. Emirates has its own line of wines that have been in storage for over 10 years. According to Bloomberg, some of the wines are worth over $2,000 (R26,000) a bottle. If you don't want wine, you can always go with the bubbly. Perhaps a glass of Dom Pérignon. Etihad Airways has amenity kits from Hungary's Omorovicza. It offers a selection of small products from the Gold Collection, which can run upwards of $200 each. The cases were designed by French luxury brand Christian Lacroix. 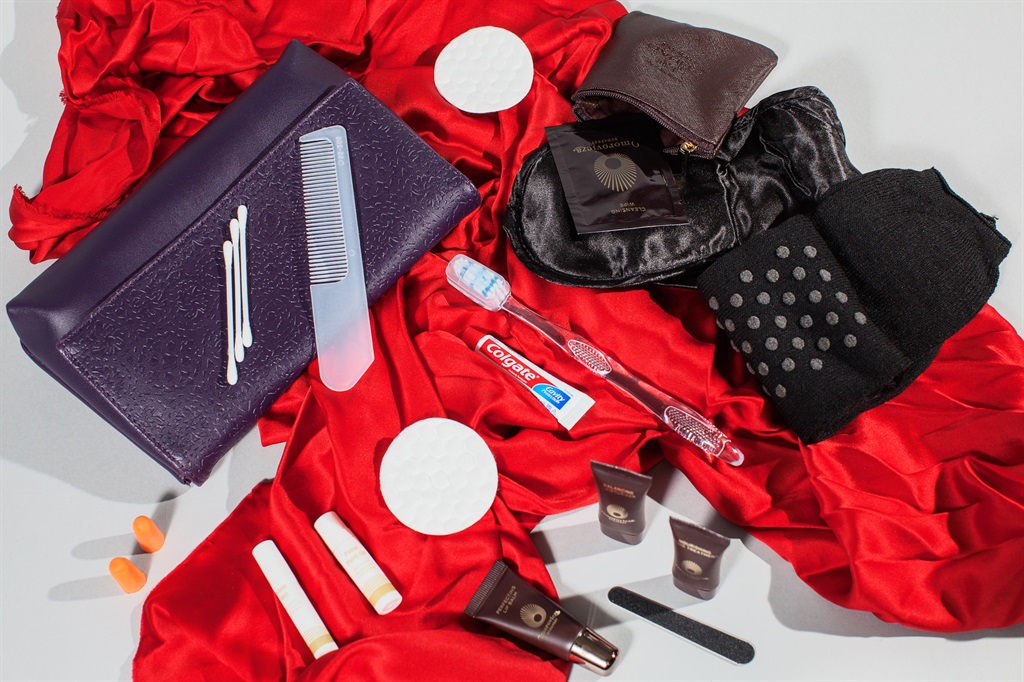 Related Links
8 reasons why first-class airfare is so expensive
A little-known airline has a genius solution to the biggest annoyance with sleeping on planes
This airline will pay 2 friends up to R20,000 each a month to move to Iceland and travel the...
Next on Business Insider
Meet new Meta COO Javier Olivan, the 'super-low-ego, humble' company veteran who rarely uses Facebook or Instagram